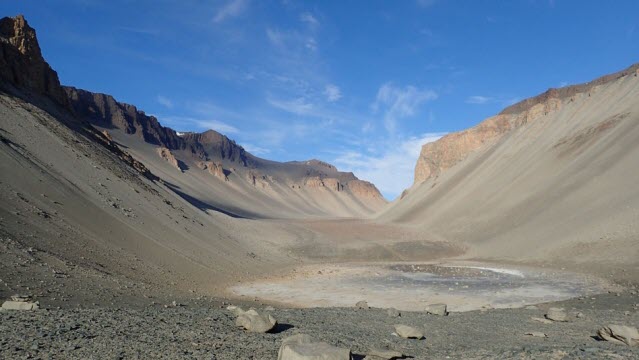 Primitive ponds may have provided a suitable environment for brewing up Earth’s first life forms, more so than oceans, a new MIT study finds.

Researchers report that shallow bodies of water, on the order of 10 centimeters deep, could have held high concentrations of what many scientists believe to be a key ingredient for jump-starting life on Earth: nitrogen.

In shallow ponds, nitrogen, in the form of nitrogenous oxides, would have had a good chance of accumulating enough to react with other compounds and give rise to the first living organisms. In much deeper oceans, nitrogen would have had a harder time establishing a significant, life-catalyzing presence, the researchers say.

“Our overall message is, if you think the origin of life required fixed nitrogen, as many people do, then it’s tough to have the origin of life happen in the ocean,” says lead author Sukrit Ranjan, a postdoc in MIT’s Department of Earth, Atmospheric and Planetary Sciences (EAPS). “It’s much easier to have that happen in a pond.”

Ranjan and his colleagues have published their results today in the journal Geochemistry, Geophysics, Geosystems. The paper’s co-authors are Andrew Babbin, the Doherty Assistant Professor in Ocean Utilization in EAPS, along with Zoe Todd and Dimitar Sasselov of Harvard University, and Paul Rimmer at Cambridge University.

If primitive life indeed sprang from a key reaction involving nitrogen, there are two ways in which scientists believe this could have happened. The first hypothesis involves the deep ocean, where nitrogen, in the form of nitrogenous oxides, could have reacted with carbon dioxide bubbling forth from hydrothermal vents, to form life’s first molecular building blocks.

The second nitrogen-based hypothesis for the origin of life involves RNA—ribonucleic acid, a molecule that today helps encode our genetic information. In its primitive form, RNA was likely a free-floating molecule. When in contact with nitrogenous oxides, some scientists believe, RNA could have been chemically induced to form the first molecular chains of life. This process of RNA formation could have occurred in either the oceans or in shallow lakes and ponds.

Nitrogenous oxides were likely deposited in bodies of water, including oceans and ponds, as remnants of the breakdown of nitrogen in Earth’s atmosphere. Atmospheric nitrogen consists of two nitrogen molecules, linked via a strong triple bond, that can only be broken by an extremely energetic event—namely, lightning.

“Lightning is like a really intense bomb going off,” Ranjan says. “It produces enough energy that it breaks that triple bond in our atmospheric nitrogen gas, to produce nitrogenous oxides that can then rain down into water bodies.”

Scientists believe that there could have been enough lightning crackling through the early atmosphere to produce an abundance of nitrogenous oxides to fuel the origin of life in the ocean. Ranjan says scientists have assumed that this supply of lightning-generated nitrogenous oxides was relatively stable once the compounds entered the oceans.

However, in this new study, he identifies two significant “sinks,” or effects that could have destroyed a significant portion of nitrogenous oxides, particularly in the oceans. He and his colleagues looked through the scientific literature and found that nitrogenous oxides in water can be broken down via interactions with the sun’s ultraviolet light, and also with dissolved iron sloughed off from primitive oceanic rocks.

Ranjan says both ultraviolet light and dissolved iron could have destroyed a significant portion of nitrogenous oxides in the ocean, sending the compounds back into the atmosphere as gaseous nitrogen.

“We showed that if you include these two new sinks that people hadn’t thought about before, that suppresses the concentrations of nitrogenous oxides in the ocean by a factor of 1,000, relative to what people calculated before,” Ranjan says.

In the ocean, ultraviolet light and dissolved iron would have made nitrogenous oxides far less available for synthesizing living organisms. In shallow ponds, however, life would have had a better chance to take hold. That’s mainly because ponds have much less volume over which compounds can be diluted. As a result, nitrogenous oxides would have built up to much higher concentrations in ponds. Any “sinks,” such as UV light and dissolved iron, would have had less of an effect on the compound’s overall concentrations.

Ranjan says the more shallow the pond, the greater the chance nitrogenous oxides would have had to interact with other molecules, and particularly RNA, to catalyze the first living organisms.

“These ponds could have been from 10 to 100 centimeters deep, with a surface area of tens of square meters or larger,” Ranjan says. “They would have been similar to Don Juan Pond in Antarctica today, which has a summer seasonal depth of about 10 centimeters.”

That may not seem like a significant body of water, but he says that’s precisely the point: In environments any deeper or larger, nitrogenous oxides would simply have been too diluted, precluding any participation in origin-of-life chemistry. Other groups have estimated that, around 3.9 billion years ago, just before the first signs of life appeared on Earth, there may have been about 500 square kilometers of shallow ponds and lakes worldwide.

“That’s utterly tiny, compared to the amount of lake area we have today,” Ranjan says. “However, relative to the amount of surface area prebiotic chemists postulate is required to get life started, it’s quite adequate.”

The debate over whether life originated in ponds versus oceans is not quite resolved, but Ranjan says the new study provides one convincing piece of evidence for the former.

“This discipline is less like knocking over a row of dominos, and more like building a cathedral,” Ranjan says. “There’s no real ‘aha’ moment. It’s more like building up patiently one observation after another, and the picture that’s emerging is that overall, many prebiotic synthesis pathways seem to be chemically easier in ponds than oceans.” 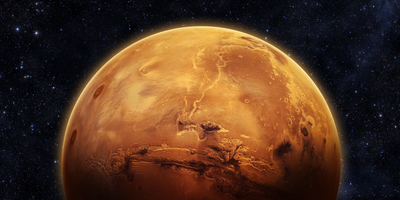 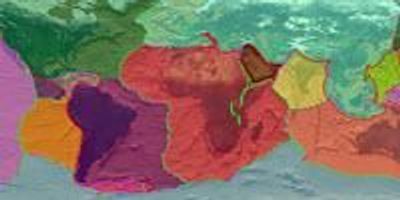 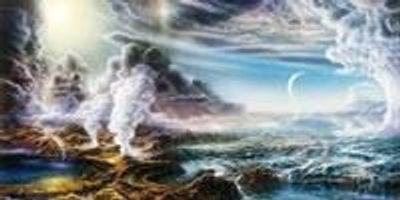 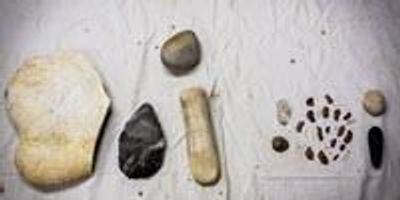 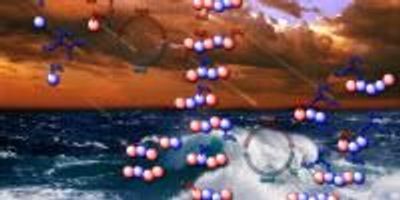 Was the Primordial Soup a Hearty Pre-Protein Stew?

Was the Primordial Soup a Hearty Pre-Protein Stew? 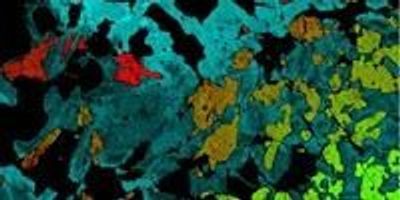 How Earth's Mantle is Like a Jackson Pollock Painting

How Earth's Mantle is Like a Jackson Pollock Painting