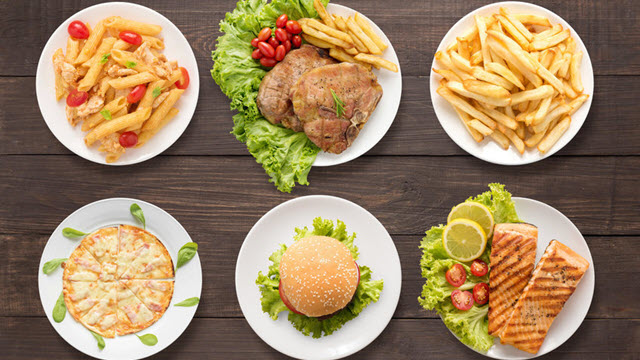 The consumption of foods with higher scores on the British Food Standards Agency nutrient profiling system (FSAm-NPS), reflecting a lower nutritional quality, is associated with an increased risk of developing cancer, according to a study published this week in PLOS Medicine. The study, conducted by Mélanie Deschasaux of the French National Institute for Health and Medical Research (INSERM U1153/Inra/Cnam/Paris 13 University-EREN), France and colleagues, in association with the WHO-IARC, suggests broad potential for the use of FSAm-NPS-based package labeling (e.g. Nutri-Score) to promote healthy food choices in European settings.

Helping consumers make healthier food choices is a key challenge for the prevention of cancer and other chronic diseases. European authorities are considering implementing a unique nutrition label as a system to reflect the nutritional quality of food products, among which the five-color Nutri-Score derived from the FSAm-NPS, used in France and recently endorsed by Belgian authorities. How the consumption of foods with high/low FSAm-NPS scores relates to cancer risk has been studied in national and regional cohorts but has not been characterized in diverse European populations.

In their study, Deschasaux and colleagues analyzed food intake data from 471,495 adults from the European Prospective Investigation into Cancer and Nutrition (EPIC, 1992-2014, median follow-up: 15.3 y), among whom there were 49,794 incident cancer cases (main locations: breast, n = 12,063; prostate, n = 6,745; colon-rectum, n = 5,806). The researchers assigned each participant's diet a FSAm-NPS Dietary Index (DI), and computed multi-adjusted Cox proportional hazards models to describe any associations between the FSAm-NPS DI and cancer risks.

Absolute cancer rates in those with high and low (quintiles 5 and 1) FSAm-NPS DI were 81.4 and 69.5 cases/10,000 person-years, respectively. The researchers found that a higher FSAm-NPS DI, reflecting a lower nutritional quality of food consumed, was associated with a higher risk of total cancer (HR for Q5 versus Q1: 1.07; 95% CI: 1.03-1.10, P-trend < 0.001). Higher FSAm-NPS DI were specifically associated with higher risks of cancers of the colon-rectum, upper aerodigestive tract and stomach, lung for men, and liver and postmenopausal breast for women (all P < 0.05). The main study limitation was the use of self-reported dietary data, collected once at baseline.

The authors state, "This supports the relevance of the FSAm-NPS as underlying nutrient profiling system for front-of-pack nutrition labels, as well as for other public health nutritional measures."