Diabetes has seen increased prevalence globally, with more rapid increase among low- and middle-income countries. According to the World Health Organization (WHO), in 2019, diabetes was the ninth leading cause of death with an estimated 1.5 million death directly caused by diabetes. Reducing diabetes-related fatality through simple diet modifications could be an effective method of improving both overall heath and longevity of individuals with diabetes. 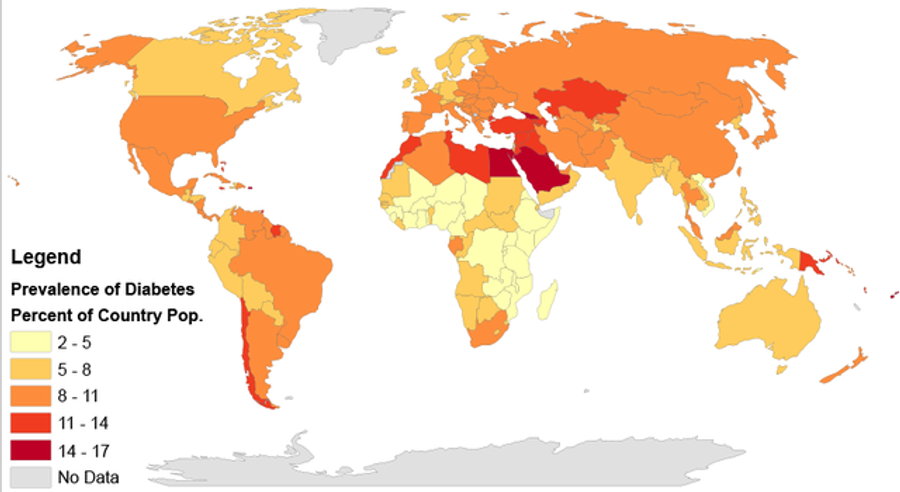 Recent research conducted at the Harbin Medical University in Harbin, China investigated whether food intake time across three meals is associated with long-term survival among people with diabetes.

The study, published in the Journal of Clinical Endocrinology & Metabolism indicates that mealtimes should be aligned with our natural biological clock—a process that regulates sleep and waking cycles and repeats every 24 hours. The findings support the idea that diabetics may be able to improve their health outcomes by eating certain foods at different times of the day.

The study, which focused on 4,642 individuals with diabetes, analyzed date from the National Health and Nutrition Examination Survey to determine their risk of dying form heard disease. They found that diabetic adults who ate starchy vegetables or potatoes in the morning, followed by whole grains in the afternoon, and dark vegetables and milk in the evening had better survival outcomes and were less likely to die from heart disease.  Further, they noted that individuals who ate large amounts of processed meats in the evening were more likely to suffer fatal heat disease outcomes.

“We observed that eating potatoes in the morning, whole grains in the afternoon, greens and milk in the evening and less processed meat in the evening was associated with better long-term survival in people with diabetes,” said Qingrao Song, MD, of Harbin Medical University in Harbin, China. "Nutritional guidelines and intervention strategies for diabetes should integrate the optimal consumption times for foods in the future.”

The manuscript, “The Association of Consumption Time for Food with Cardiovascular Disease and All-Cause Mortality Among Diabetes Patients,” was published online, ahead of print.