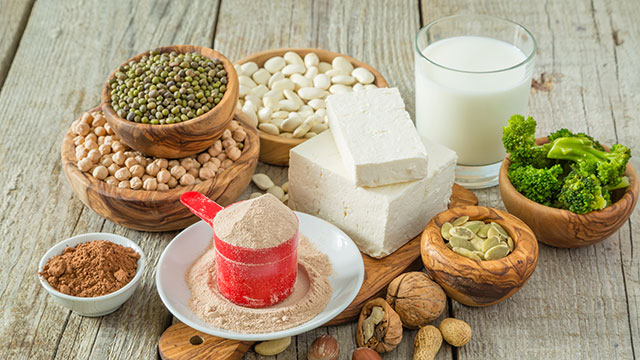 AMHERST, Mass. — Results of a new study from epidemiologists at the University of Massachusetts Amherst and Harvard T.H. Chan School of Public Health suggest that long-term, high intake of vegetable protein from such foods as whole grains, soy, and tofu, may protect women from early menopause and could prolong reproductive function.

Consuming enriched pasta, dark bread, and cold cereal were especially associated with lower risk, while they observed no similar relation to eating animal sources of protein.

"A better understanding of how dietary vegetable protein intake is associated with ovarian aging may identify ways for women to modify their risk of early onset menopause and associated health conditions," write first author and then-graduate student Maegan Boutot, with her advisor, professor Elizabeth Bertone-Johnson. Details appear in the current early online edition of the American Journal of Epidemiology.

Early menopause, the cessation of ovarian function before age 45, affects about 10 percent of women and is associated with higher risk of cardiovascular disease, osteoporosis, and early cognitive decline, the authors note. Few studies have evaluated how protein intake is associated with menopause timing, they add, and to their knowledge this is the first to look specifically at early menopause. 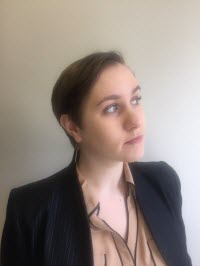 Reporting results of their recent study, Maegan Boutot and her advisor professor Elizabeth Bertone-Johnson at UMass Amherst say long-term, high intake of vegetable protein from such foods as whole grains, soy and tofu, may protect women from early menopause.Photo credit: UMass AmherstBoutot, Bertone-Johnson, and colleagues in the School of Public Health and Health Sciences at UMass Amherst, with others, evaluated the relationship between diet and risk of early menopause among members of the Nurses' Health Study II (NHS2), an ongoing prospective study of 116,000 women aged 25-42 when they entered it in 1989.

Participants were asked to report how often they ate a single serving of 131 foods, beverages, and supplements over the previous year, from "never or less than once a month" to "6+ per day." They observed that women consuming approximately 6.5 percent of their daily calories as vegetable protein had a significant 16 percent lower risk of early menopause compared to women whose intake was approximately 4 percent of calories.

For a woman with a 2,000 calorie per day diet, the authors explain, this is equal to three to four servings of such foods as enriched pasta, breakfast cereal, tofu, and nuts, or about 32.5 grams a day. They adjusted for age, smoking, body mass index, and other possible confounding factors.

Boutot and Bertone-Johnson add, "Though relatively few women in our study consumed very high levels of vegetable protein and our power for analyses of more extreme intake levels was limited, women consuming 9 or more percent of their calories from vegetable protein had a hazard ratio of 0.41 (95 percent confidence interval = 0.19-0.88)" compared to those eating less than 4 percent.

Others on the study team were from Brigham and Women's Hospital and Harvard Medical School. The study was supported by a grant from NIH's Eunice Kennedy Shriver National Institute of Child Health and Human Development.

For the NHS2, follow-up questionnaires have assessed nurses' lifestyle behaviors and medical conditions every two years. Nearly 90 percent have continued to participate in followup. Diet was assessed five times over the 20-year study, allowing the researchers to capture within-person variation in changes in food and nutrient intake over times, Boutot explains. Participants in the study contributed more than 1 million person-years of follow-up, during which 2,041 women experienced early menopause.

Boutot and Bertone-Johnson suggest that more prospective studies of their findings are warranted, including studies that compare soy-based and non-soy vegetable proteins.