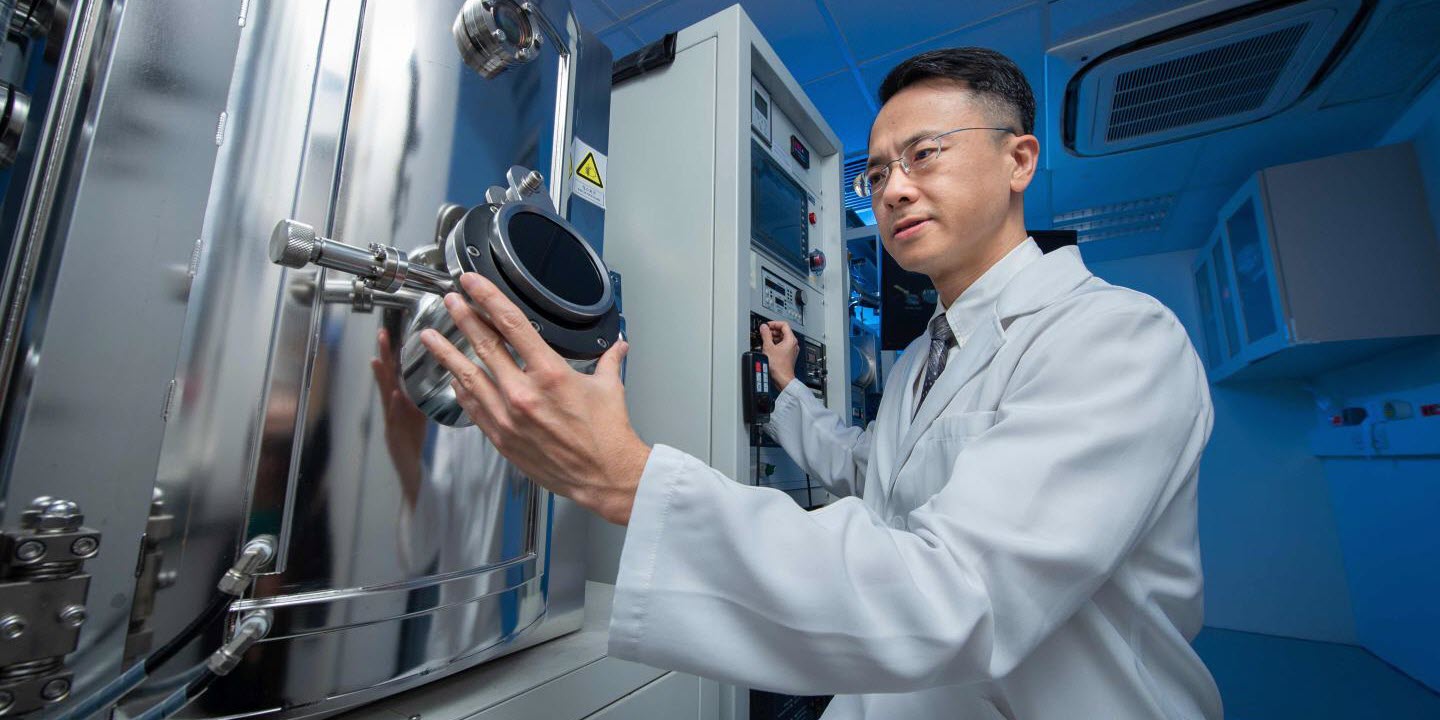 Dr. Jeffery Huang Zhifeng, associate professor in the Department of Physics at HKBU, has developed a novel approach to manipulating the chirality of drug molecules.
Hong Kong Baptist University

Scientists from Hong Kong Baptist University (HKBU) have developed a novel technique that can produce pure therapeutic drugs without the associated side effects.

The approach, which uses a nanostructure fabrication device, can manipulate the chirality of drug molecules by controlling the direction a substrate is rotated within the device, thus eliminating the possible side effects that can arise when people take drugs containing molecules with the incorrect chirality.

Published in the scientific journal Nature Chemistry, the research findings pave the way toward the mass production of purer, cheaper, and safer drugs that can be made in a scalable and more environmentally-friendly way.

Many chemical molecules have two configurations, or chiral versions, that are mirror images of each other. While sharing the same molecular formula, the two chiral versions have different arrangements of their constituent atoms in space. The two versions of the molecules are characterized by left-handed and right-handed chiral configurations like human hands. Molecules with "left-handed" and "right-handed" chirality can have totally different biochemical effects.

More than half of the therapeutic drugs are made up of equal amounts of left-handed and right-handed chiral molecules, commonly known as "racemates;" one can cure specific diseases, but the other may have adverse effects. Separating and producing molecules with only the chiral arrangement (known as a single enantiomer) responsible for the therapeutic effects can help to produce drugs with improved safety and efficacy.

In general, molecules have an extremely small size ranging from one-millionth to one hundred-thousandth of the diameter of a human hair. It is therefore extremely challenging to selectively produce one of the two chiral molecule versions using "macro-scale" control (i.e. the dimensional scale that can be seen using the naked eye and operated by hand). To produce single-enantiomer drugs, chemists have overwhelmingly used molecules called "chiral ligands" to effectively control the molecular chirality of drugs in the laboratory or industry at the molecular scale, a process called asymmetric synthesis. However, the existing technologies for producing single-enantiomer drugs are composed of complicated procedures, which are expensive and environmentally-unfriendly.

Dr. Jeffery Huang Zhifeng, associate professor in the Department of Physics at HKBU, and his research team devised a novel approach to manipulating molecular chirality through macro-scale control in collaboration with Sichuan University, Guangxi Medical University and the Southern University of Science and Technology. It involves mediating the manipulation with helical metal nanostructures (i.e. metal nanohelices) that are in the shape of a helical spring, and they have a characteristic size of one-thousandth of the diameter of a human hair.

The research team fabricated the metal nanohelices using a nanofabrication technique called glancing angle deposition (GLAD). Silver and copper were deposited onto a supporting substrate that was rotated clockwise and counterclockwise to fabricate the right-handed and left-handed metal nanohelices, respectively.

The research demonstrates that controlling the direction of substrate rotation at a macroscopic level can conveniently manipulate molecular chirality. This is an unprecedented application of the macro-scale method (through the control of the rotation direction of a 4-inch substrate holder) to manipulate chirality at the molecular-scale (chiral molecular products in the range of one-billionth of a meter).

"Our success in manipulating molecular chirality through macroscopic engineering allows the convenient synthesis of drugs in single-enantiomer forms with only left- or right-handedness. Hence, it will help get rid of the adverse, sometimes fatal, side effects of many therapeutic drugs," said Huang.

The use of chiral ligands in the conventional method of asymmetric synthesis is inevitable, and it may cause pollution to enter the environment. In contrast, in this novel approach the metal nanohelices can be used repeatedly to produce single-enantiomer drugs without the use of chiral ligands. As a result, it paves the way towards the mass production of affordable therapeutic drugs that are made in a scalable manner with recyclable materials.