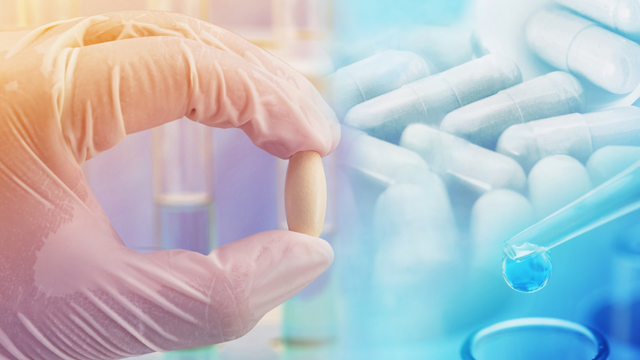 McMaster University engineers have devised a way to make testing for new drugs more efficient and affordable, and reduce the time for helpful medications to reach the public.

Chemical engineering associate professor Todd Hoare and Rabia Mateen, a PhD candidate in biomedical engineering, have created a printed paper-based device that can speed up and improve the accuracy of the drug screening process. Their work, which could also be used to diagnose diseases, identify environmental contaminants, and pinpoint biological warfare agents, was published in Nature Communications in February.

Currently, drug testing is done in multiple stages, with the first stage involving testing thousands of drug candidates in rapid succession to see how well they bind, block, or degrade a molecule of interest to the target disease. Subsequent stages involve more extensive testing of drugs that show promise in this first step.

However, the way this initial first screen is now done results in many inaccurate results, with as many as 95 percent of drug candidates having no chance of becoming a useful drug. In most cases, these inaccuracies arise from the candidate drugs sticking together during the screen to create particles that physically, instead of chemically, block the activity of the molecule targeted by the drug. Such inaccuracies are only now discovered in the slower and more expensive second stage of screening, resulting in significant time and money wasted during the drug discovery process.

Hoare and Mateen have come up with a way to improve the first stage of testing by using a new printable hydrogel, a network of polymers used in everything from contact lenses to disposable diapers. The thin layers of printed hydrogels can form a cage around the target molecule so drug particles formed can't access the target molecule and trigger the inaccurate result. Instead, only drugs that chemically bind to the target molecule (the ones that could become practical drugs) are allowed into the hydrogel to give a positive result. The printed device developed is inexpensive and can be used directly in drug screening, improving accuracy without requiring a significant change in how drug screening is now done. As an added benefit, the same sensitivity can be achieved using much less sample volume, further reducing the cost of the screen.

"We had already developed the printing method, but were not sure what to do with the materials," Mateen said. "Reading about this significant issue in the area of drug screening made me realize that these materials could directly address this problem in a simple and effective way."

The researchers expect this to make testing more affordable and to speed up the discovery of new drugs. In addition, to help address the surge of antibiotic resistance, the technology can also help to more quickly identify "helper drugs" that can make even drug-resistant bacteria susceptible to our current antibiotics.

"As the next step, we are looking for industry partners to prove the effectiveness of our technology on a full-scale screen of thousands of molecules that can help to extend the lifetime of our current antibiotics," Hoare said. "We are optimistic this approach can help to bring new effective drugs to patients faster than is currently possible."