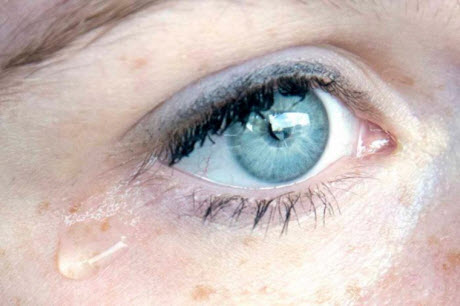 The research, in mice, helps explain why some Zika patients develop eye disease, including a condition known as uveitis that can lead to permanent vision loss.

The study, published Sept. 6 in Cell Reports, describes the effect of Zika virus infection in the eyes of mouse fetuses, newborns and adults. The researchers now are planning complementary studies in patients infected with the virus.

“Our study suggests that the eye could be a reservoir for Zika virus,” said Michael S. Diamond, MD, PhD, the Herbert S. Gasser Professor of Medicine and one of the study’s senior authors. “We need to consider whether people with Zika have infectious virus in their eyes and how long it actually persists.”

Related Article: Zika Virus May Be Linked to More Eye Problems in Brazilian Babies with Microcephaly

Zika virus causes mild disease in most adults but can cause brain damage and death in fetuses. About a third of all babies infected in utero with Zika show eye disease such as inflammation of the optic nerve, retinal damage or blindness after birth. In adults, Zika can cause conjunctivitis—redness and itchiness of the eyes—and, in rare cases, uveitis.

To determine what effect Zika infection has on the eye, the researchers infected adult mice under the skin—similar to the way humans are infected by mosquitoes—and found live virus in the eyes seven days later. These observations confirm that Zika is able to travel to the eye. It is not yet known whether the virus typically makes that trip by crossing the blood-retina barrier that separates the eye from the bloodstream, traveling along the optic nerve that connects the brain and the eye, or some other route.

Eye infection raises the possibility that people could acquire Zika infection through contact with tears from infected people. The researchers found that the tears of infected mice contained Zika’s RNA—the genetic material from the virus—but not infectious virus, when tested 28 days after infection.

“Even though we didn’t find live virus in mouse tears, that doesn’t mean that it couldn’t be infectious in humans,” said Jonathan J. Miner, MD, PhD, an instructor in medicine and the study’s lead author. “There could be a window of time when tears are highly infectious and people are coming in contact with it and able to spread it.”

The eye is an immune privileged site, meaning the immune system is less active there to avoid accidentally damaging sensitive tissues responsible for vision in the process of fighting infection. Consequently, infections sometimes persist in the eye after they have been cleared from the rest of the body.

“We are planning studies in people to find out whether infectious virus persists in the cornea or other compartments of the eye, because that would have implications for corneal transplantation,” said Rajendra S. Apte, MD, PhD, the Paul A. Cibis Distinguished Professor of Ophthalmology and Visual Science, and the study’s other senior author. Other blood-borne viruses such as herpes simplex virus have been transmitted accidentally through corneal transplants.

Zika researchers are increasingly considering alternative routes of transmission because the virus is spreading more quickly than would be expected by mosquito-borne transmission alone. Epidemiologists can predict the spread of a disease based on known rates of transmission for related viruses and the viral level in the bloodstreams of infected people. By those calculations, Zika is moving unusually fast.

“The Zika epidemic has been very explosive, more explosive than we can account for by just mosquitoes and the level of Zika virus in human blood. Some other factor may be at play,” said Diamond, who is also a professor of molecular microbiology, and of pathology and immunology. “Sexual transmission is probably not playing a major role, but it could be some other bodily fluid—saliva, or urine, or tears.”

Even if human tears do not turn out to be infectious, the researchers’ detection of live virus in the eye and viral RNA in tears still has practical benefits. Human tears potentially could be tested for viral RNA or antibodies, a less painful way to diagnose recent Zika infection than drawing blood. The mouse eye could be used to test anti-Zika drugs.

“The advantage to using the eye is that your dosing requirements are very small and you don’t have to worry as much about effects of larger dosages of therapeutic agents on the rest of the body, such as liver toxicity,” said Apte, who is also a professor of developmental biology and of medicine. “If you know you have virus replicating in the eye, you can just give the drug locally and measure any change in viral replication. If you use the eye as a model to study drug delivery or drug efficacy, you could then use the knowledge you gain to treat viral infection in other places.”