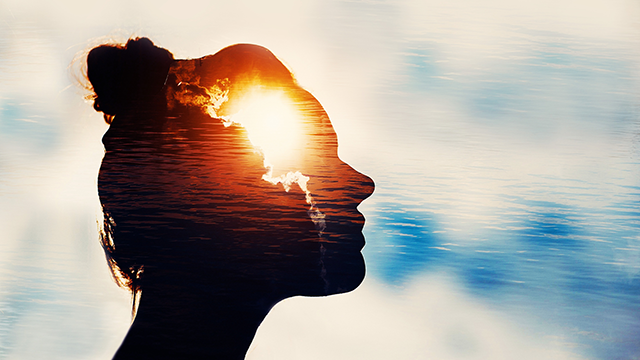 The same aspects of relatively recent evolutionary changes that make us prone to bad backs and impacted third molars may have generated long, noncoding stretches of DNA that predispose individuals to schizophrenia, bipolar disorder, and other neuropsychiatric diseases.

A study publishing August 9 in the American Journal of Human Genetics identifies an unusually lengthy array of tandem repeats found only within the human version of a gene governing calcium transport in the brain.

"Changes in the structure and sequence of these nucleotide arrays likely contributed to changes in CACNA1C function during human evolution and may modulate neuropsychiatric disease risk in modern human populations," says senior author David Kingsley, professor of developmental biology at Stanford University.

Common ailments such as lower back, knee, and foot problems are likely due to the transition to walking upright; impacted wisdom teeth may be tied to humans' smaller jaws and recent changes in diet. Kingsley hypothesizes that the prevalence of neurological diseases in modern humans may stem from recent evolutionary changes in genes controlling brain size, connectivity, and function.

Bipolar disorder and schizophrenia affect more than three percent of the population worldwide.

Tandem repeats are repeated lengths of DNA occurring either inside or outside a gene's coding sequence. They have been hypothesized to explain individual-to-individual variations in complex neurological functions and may act as "tuning knobs" for modulating gene expression. The tandem repeats may affect CACNA1C function--even when the coding region of the gene itself is free of mutations.

Most genetic studies focus on how simple letter substitutions in the DNA code cause disease. Yet 15 years after the human genome was mapped, regions of the human genome are still largely unexplored, missing, or understudied, Kingsley says. In particular, large regions of repeated sequence can be difficult to propagate in bacteria and to assemble correctly. Many of these regions also vary substantially between individuals and may contribute to key phenotypic traits and disease susceptibilities in humans and other organisms.

After identifying a large discrepancy between the standard human reference genome and levels of DNA sequence reads coming from a key calcium channel gene previously linked to psychiatric disease, Kingsley and Stanford colleagues Janet Song and Craig Lowe carried out further studies of 181 human cell lines and postmortem brain tissue samples. They found lengthy stretches of DNA--ten to a hundred times longer and more complex than expected—containing many variant nucleotide base pairs embedded in a noncoding region of the CACNA1C gene.

Different versions of the highly repeated sequences showed different abilities to activate gene expression and were tightly linked to genetic markers of bipolar disease and schizophrenia disease susceptibility in humans. Such "hidden variants" may illuminate the risk of psychiatric disease among patients whose DNA profile is otherwise unremarkable, he says.

Kingsley, a Howard Hughes Medical Institute investigator, says classifying patients based on their repeat arrays may help identify those most likely to respond to existing calcium channel drugs. These medications have produced mixed results to date, he notes, and further study is needed to clarify whether patients with a genetic variation of CACNA1C have too much or too little calcium channel activity. "We hope genotype-based drug targeting will lead to improved future treatments," he says.

Kingsley says the large structural arrays found in the CACNA1C gene are unique to humans, raising the question of whether we derived an evolutionary advantage from this expanded genetic sequence--even though it apparently increased our susceptibility to neuropsychiatric disease.

His team plans to study the effects on neural differentiation, cell excitability, and brain circuit formation of adding and removing entire repeat arrays from CACNA1C in animal models and cultured cells.