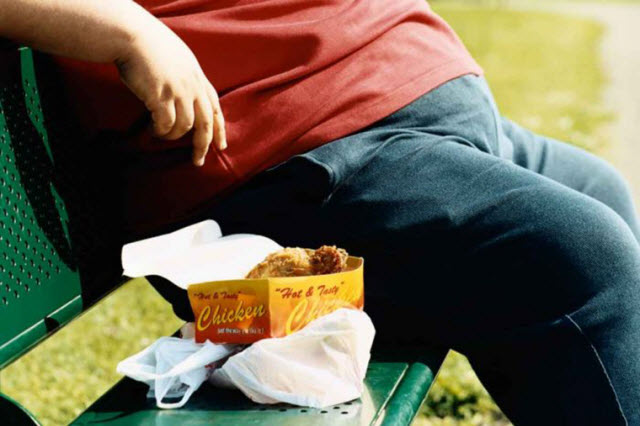 Researchers have identified eight additional types of cancer linked to excess weight and obesity. Limiting weight gain over time could help to reduce the risk of these cancers, the data suggest.Photo courtesy of the Washington University School of Medicine

There’s yet another reason to maintain a healthy weight as we age. An international team of researchers has identified eight additional types of cancer linked to excess weight and obesity: stomach, liver, gall bladder, pancreas, ovary, meningioma (a type of brain tumor), thyroid cancer, and the blood cancer multiple myeloma.

Limiting weight gain over the decades could help to reduce the risk of these cancers, the data suggest.

The findings, published Aug. 25 in The New England Journal of Medicine, are based on a review of more than 1,000 studies of excess weight and cancer risk analyzed by the World Health Organization’s International Agency for Cancer on Research (IARC), based in France.

“The burden of cancer due to being overweight or obese is more extensive than what has been assumed,” said cancer prevention expert Graham Colditz, MD, DrPH, at Washington University School of Medicine in St. Louis, who chaired the IARC Working Group. “Many of the newly identified cancers linked to excess weight haven’t been on people’s radar screens as having a weight component.”

The findings could have a significant bearing on the global population. Worldwide, an estimated 640 million adults and 110 million children are obese, including one-third of adults and children in the United States.

In 2002, the same group of cancer researchers found sufficient evidence linking excess weight to higher risks of cancers of the colon, esophagus, kidney, breast, and uterus.

“Lifestyle factors such as eating a healthy diet, maintaining a healthy weight and exercising, in addition to not smoking, can have a significant impact on reducing cancer risk,” Colditz said. “Public health efforts to combat cancer should focus on these things that people have some control over.”

“But losing weight is hard for many people,” he added. “Rather than getting discouraged and giving up, those struggling to take off weight could instead focus on avoiding more weight gain.”

For most of the cancers on the newly expanded list, the researchers noted a positive dose-response relationship: the higher the body-mass index, or BMI, the greater the cancer risk.

The cancer risks associated with excess weight were similar for men and women and, when data were available, were consistent across geographic regions—North America, Europe, Asia, and the Middle East.

There are many reasons why being overweight or obese can increase cancer risk, the researchers noted. Excess fat leads to an overproduction of estrogen, testosterone and insulin, and promotes inflammation, all of which can drive cancer growth.

“Significant numbers of the U.S. and the world’s population are overweight,” Colditz said. “This is another wake-up call. It’s time to take our health and our diets seriously.”