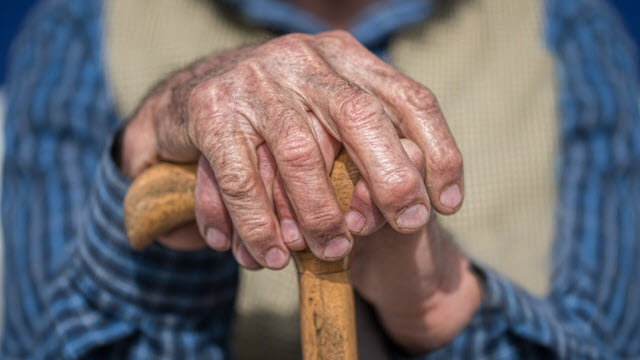 Although long life tends to run in families, genetics has far less influence on life span than previously thought, according to a new analysis of an aggregated set of family trees of more than 400 million people. The results suggest that the heritability of life span is well below past estimates, which failed to account for our tendency to select partners with similar traits to our own. The research, from Calico Life Sciences and Ancestry, was published in GENETICS, a journal of the Genetics Society of America.

"We can potentially learn many things about the biology of aging from human genetics, but if the heritability of life span is low, it tempers our expectations about what types of things we can learn and how easy it will be," says lead author Graham Ruby. "It helps contextualize the questions that scientists studying aging can effectively ask."

Ruby's employer, Calico Life Sciences, is a research and development company whose mission is to understand the biology of aging. They teamed up with scientists from the online genealogy resource Ancestry, led by chief scientific officer Catherine Ball, to use publicly available pedigree data from Ancestry.com to estimate the heritability of human life span.

Heritability is a measure of how much of the variation in a trait—in this case life span—can be explained by genetic differences, as opposed to non-genetic differences like lifestyle, sociocultural factors, and accidents. Previous estimates of human life span heritability have ranged from around 15 to 30 percent.

"Partnering with Ancestry allowed this new study to gain deeper insights by using a much larger data set than any previous studies of longevity," said Ball.

Starting from 54 million subscriber-generated public family trees representing six billion ancestors, Ancestry removed redundant entries and those from people who were still living, stitching the remaining pedigrees together. Before sharing the data with the Calico research team, Ancestry stripped away all identifiable information from the pedigrees, leaving only the year of birth, year of death, place of birth (to the resolution of state within the US and country outside the US), and familial connections that make up the tree structure itself.

They ended up with a set of pedigrees that included over 400 million people—largely Americans of European descent—each connected to another by either a parent-child or a spouse-spouse relationship. The team was then able to estimate heritability from the tree by examining the similarity of life span between relatives.

Using an approach that combines mathematical and statistical modeling, the researchers focused on relatives who were born across the 19th and early 20th centuries, finding heritability estimates for siblings and first cousins to be roughly the same as previously reported. But, as was also observed in some of the previous studies, they noted that the life span of spouses tended to be correlated—they were more similar, in fact, than in siblings of opposite gender.

This correlation between spouses could be due to the many non-genetic factors that accompany living in the same household—their shared environment. But the story really started to take shape when the authors compared different types of in-laws, some with quite remote relationships.

The first hint that something more than either genetics or shared environment might be at work was the finding that siblings-in-law and first-cousins-in-law had correlated life spans—despite not being blood relatives and not generally sharing households.

The size of their dataset allowed the team to zoom in on longevity correlations for other more remote relationship types, including aunts and uncles-in-law, first cousins-once-removed-in-law, and different configurations of co-siblings-in-law. The finding that a person's sibling's spouse's sibling or their spouse's sibling's spouse had a similar life span to their own made it clear that something else was at play.

If they don't share genetic backgrounds and they don't share households, what best accounts for the similarity in life span between individuals with these relationship types? Going back to their impressive dataset, the researchers were able to perform analyses that detected assortative mating.

"What assortative mating means here is that the factors that are important for life span tend to be very similar between mates," says Ruby. In other words, people tend to select partners with traits like their own—in this case, how long they live.

Of course, you can't easily guess the longevity of a potential mate. "Generally, people get married before either one of them has died," jokes Ruby. Because you can't tell someone's life span in advance, assortative mating in humans must be based on other characteristics.

The basis of this mate choice could be genetic or sociocultural—or both. For a non-genetic example, if income influences life span, and wealthy people tend to marry other wealthy people, that would lead to correlated longevity. The same would occur for traits more controlled by genetics: if, for example, tall people prefer tall spouses, and height is correlated in some way with how long you live, this would also inflate estimates of life span heritability.

By correcting for these effects of assortative mating, the new analysis found life span heritability is likely no more than seven percent, perhaps even lower.

The upshot? How long you live has less to do with your genes than you might think.