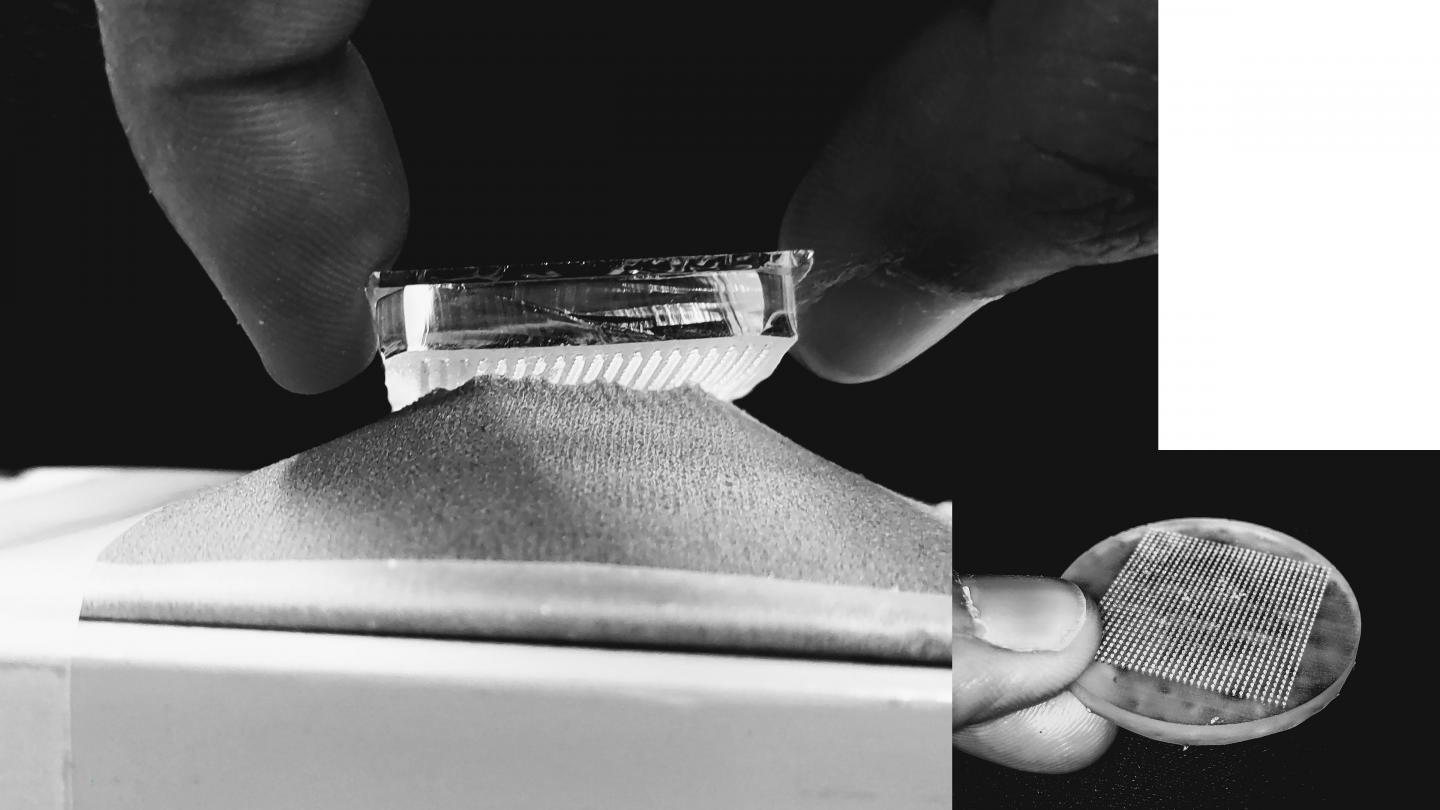 A fastener with microscopic mushroom shapes could be as strong as Velcro but with less noise and less damage to other fabrics, researchers say.
Preeti Sharma

WASHINGTON, DC — January 19, 2021 — A Velcro-like fastener with a microscopic design that looks like tiny mushrooms could mean advances for everyday consumers and scientific fields like robotics.

In Biointerphases, published by AIP Publishing, researchers from Wageningen University in the Netherlands show how the design can use softer materials and still be strong enough to work.

Probabilistic fasteners work, because they are designed with a tiny pattern on one surface that interlocks with features on the other surface. Currently available fasteners, like Velcro and 3M, are called hook and loop fasteners. That design requires harder, stiff material, which is what causes the loud ripping sound when they are peeled off and why they can damage delicate surfaces, such as fabrics, when attached to them.

The team believes a 3D mushroom design can be made with softer, more flexible materials. The half-spherical mushroom shapes provide sufficient interlocking force on the fabric and hold strong.

For the study, the authors used 3D printing combined with molding to create soft surfaces patterned with the tiny mushrooms. That material was then safely attached to three different fabrics and removed without causing damage to them.

"We wanted to prove that, if you go toward these less stiff features, they can be used to attach and detach to soft and delicate surfaces, like fabrics, without damage. It can be used in many applications such as for diapers or silent fasteners for military use," author Preeti Sharma said. "There is still a lot of research to be done, but the mushroom-shaped design worked quite well for soft mechanical fasteners."

The design could lead to advances in the field of soft robotics. Soft robotics aims to build robots with designs that mimic living creatures like octopuses, caterpillars, and worms.

In that kind of robotics, interfaces play a significant role. With advances that make the current mushroom design stronger but keep its softness, it could be used to help robots walk on walls and ceilings like a gecko—an animal that can do that because of an attachment-detachment process that's similar to how probabilistic fasteners work.

The design also could be used on grippers for robots used in farming and other agricultural jobs, Sharma said.

Sharma said more research into the design is needed before it is ready to be used in a commercially available product. Minor changes to the mushroom shape, possibly lengthening or shortening it to make it more effective, could lead to an even better product, she said.