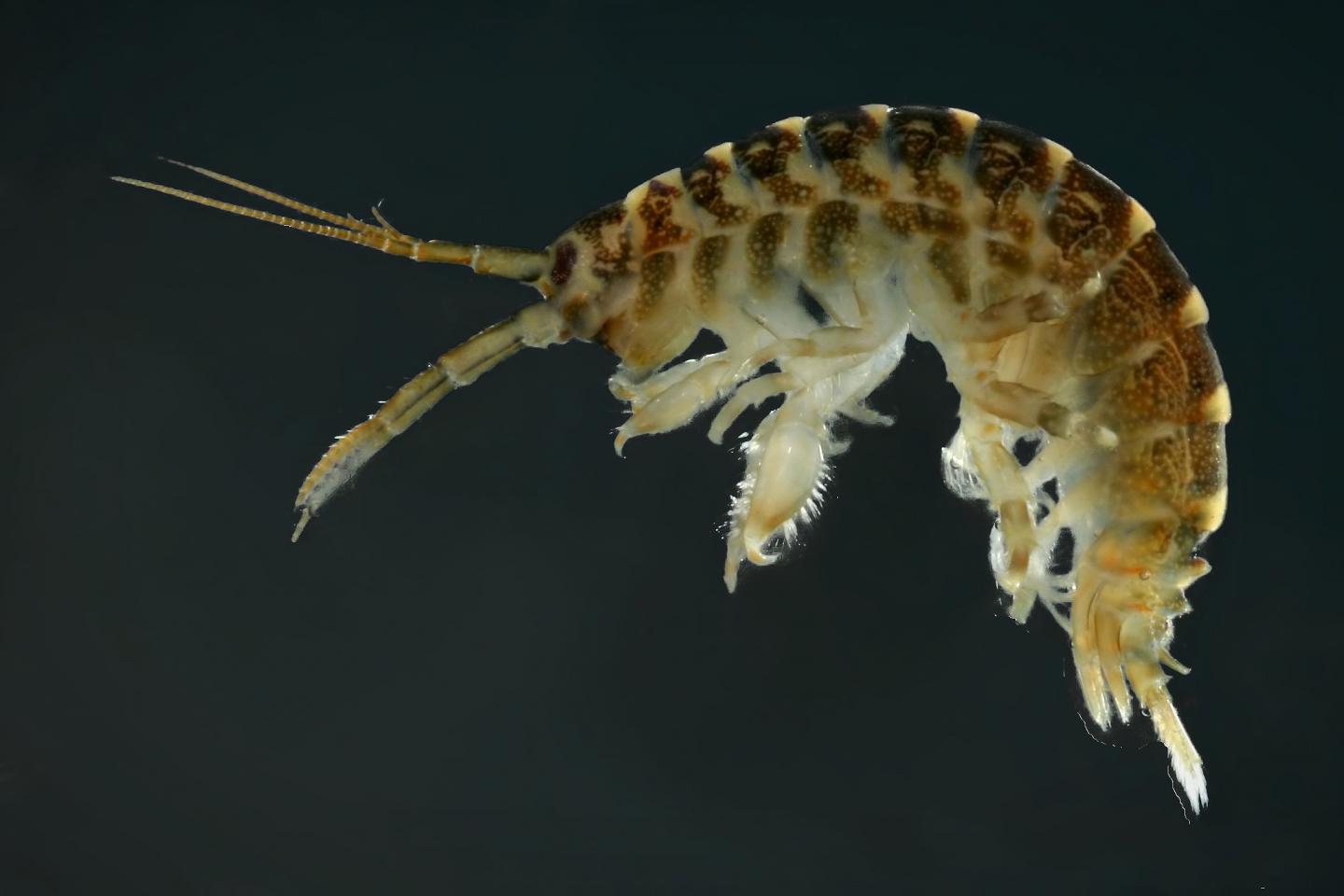 The invasive 'killer shrimp' has been steadily replacing resident native species in rivers across Europe over the past three decades.Michal Grabowski, University of Lodz

The fear of invasive 'killer shrimps' can intimidate native organisms to such a degree that they are incapable of performing their vital role in river systems, a new study suggests.

Writing in the journal Acta Oecologica, scientists focus on the invasive Dikerogammarus villosus which has been steadily replacing resident Gammarus species in rivers across Europe over the past three decades.

This is having major localised effects since the voracious predator consumes a vast range of species, with its behaviour subsequently being linked to ecosystem changes and even local extinctions.

The new study shows for the first time that the mere presence of the predator - a so-called non-consumptive effect (NCE) - can reduce the normal effectiveness of its prey.

It leads to them expending more energy in simply avoiding the predator in a bid for self-preservation, rather than focussing on core ecosystem tasks such as shredding fallen leaf litter into smaller particles to be consumed by other species.

The research was conducted by independent consultant Dr Calum MacNeil and Mark Briffa, Professor of Animal Behaviour at the University of Plymouth.

For the study, one of three different Gammarus species (all commonly found in European rivers) were placed inside a tank. In half of the tanks, a sample of the Dikerogammarus villosus was also placed inside a cage.

The behaviour of the Gammarus were then assessed over the space of several days, with researchers measuring to what extent they shredded leaves as they would be expected to do in their natural environment.

The results showed that after four days, each Gammarus species showed lower shredding efficiency in the presence of the caged 'killer shrimp' compared to the treatments where it was absent.

Dr MacNeil, who has spent more than 20 years studying the species in this study, said: "This study demonstrates an unappreciated and indirect impact of a biological invasion by a voracious predator. It shows that the mere presence of an invader can influence resident prey behaviour, in this case the feeding efficiency of naïve residents. The Gammarus in our experiment had no prior exposure to its predatory rival, and would not have known to respond to specific alarm cues. However, none of our samples showed any evidence of habituation during the course of the experiment - in fact quite the opposite."

Professor Briffa, whose research has previously included assessments of fighting within species such as hermit crabs and sea anemones, added: "Our results indicate that the effect of NCEs on functionally important species may have ramifications, for example, impacting the recovery of stream communities following perturbation. A better understanding of the role of NCEs during biological invasions could enhance our ability to predict their progress and, in some cases, the wider ecosystem level ramifications."

Behold the Humble Water Flea, Locked in a Battle of Mythological Proportions

Behold the Humble Water Flea, Locked in a Battle of Mythological Proportions