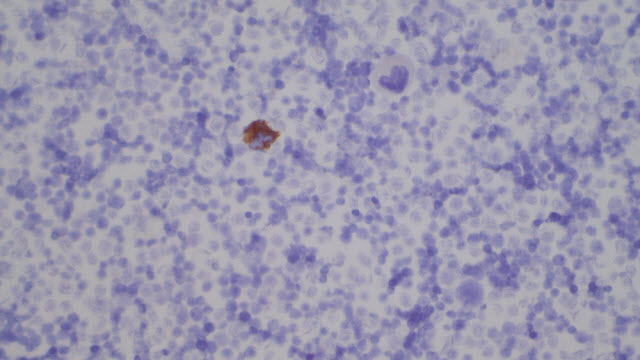 According to the National Cancer Institute (NCI), the number of people beating a cancer diagnosis reached nearly 14.5 million in 2014 and is expected to rise to almost 19 million by 2024. Now, that’s good news, but it doesn’t mean that cancer researchers—in the lab or clinic—are resting on any laurels.

Cancer recurrence dogs laboratory scientists and clinicians alike. The NCI defines recurrence as cancer that returns after a patient has had no signs of out-of-control cell growth for at least a year. For example, although great progress has been made in increasing survival time for breast cancer patients, the disease still returns after treatment in 30 percent of women.

Cancer cells are smart and find ways to best even the newest of treatments. Chemo, radiation, targeted therapy, and other treatments may kill nearly all cancer cells, but some cells are either not affected, or change to survive treatment. In time, these surviving cancer cells replicate and wreak havoc. Determining who is at-risk for recurrence and how to stop it before it starts is a major research effort supported by Penn Medicine’s Basser Center for BRCA, where researchers are ferreting out which patients might be most likely to become resistant to treatment, and devising new ways to help them.

Last week, Lin Zhang, MD, an associate professor of obstetrics and gynecology, described in Science Translational Medicine, how his team treated therapy resistant cancer cells to renew their sensitivity to PARP inhibitors, a class of drugs that, when effective, prevent cancer cells from keeping up with DNA repair, causing them to eventually die.

“Our hope is to use PARP inhibitors combined with other drugs to treat patients whose BRCA-related cancers have become resistant to the drugs,” Zhang said. “Strategies to enhance a cancer’s response to PARP inhibitors would help thousands people.” 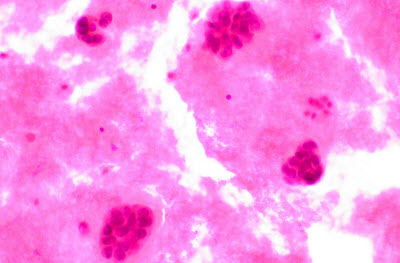 Metastatic breast cancer cells (darker pink).Image credit: Ed Uthman Zhang’s team also found that the BRD4 gene is amplified in tumor cells of 20 common cancers. In fact, in a related study published earlier this summer, Jianxin You, PhD, an associate professor of microbiology who studies viral cancers, showed that the BRD4protein is a key player in regulating cell replication and the start of cancer. “We discovered that the BRD4 gene has more of a gene-expression-guiding compound attached to it in tumor cells of a rare carcinoma (and several other cancers) compared to non-cancerous cells,” You said.

The study suggests that combining therapies with BET inhibitors might be a new way to treat BRD4-associated cancers. Several BET and kinase inhibitors targeting BRD4 and related proteins are now in clinical trials for blood and central nervous system cancers, among others.

Resistance to treatment can originate from many sources—the immune system, the complex landscape of a tumor, or a patient’s own genes. Without explicitly looking for it, Katherine Nathanson, MD, a professor of medical genetics and director of genetics at the Basser Center, found another mechanism of resistance to DNA damaging agents. “Our primary question was not aimed at evaluating resistance to therapy, but we did end up there,” she said.

Her group will soon publish a paper evaluating the genetic profiles of 160 breast and ovarian cancers associated with germline mutations in BRCA1 and BRCA2, in the largest study of these tumors to date. They were interested in determining what types of secondary, additional changes occur in primary BRCA1/2 germline mutation-associated cancers that might act in concert with BRCA1 and BRCA2 to drive the cancers.

As part of the study, they evaluated how frequently the non-mutated version of the gene lost its function in concert with the original BRCA1/2 germline mutation-associated cancers. In oncology terms, this double-hit status is called “loss of heterozygosity,” or LOH, to signify that both versions (one from mom, one from dad) of the normal BRCA gene have been hobbled.

Historically it had been thought that all of tumors lose the second version of the gene, or have LOH; however, the team was surprised to find that was not the case. In fact, they saw that the genetics of the tumors that did not undergo LOH (LOH-negative) were significantly different than those that did undergo LOH (LOH-positive).

“What we found is that identifying LOH of BRCA1/2 may be useful to predict which patients might be at risk for primary resistance to DNA-damaging agents,” Nathanson said. “We would only need to determine the LOH at a specific gene’s location, which is more cost effective than sequencing a patient’s whole genome, for example, and compatible with standard testing.”

Knowledge gained in studies like the ones from the Zhang, You, and Nathanson labs have important implications for treating patients. By looking at a person’s individual genetics and type of cancer, clinicians hope to better tailor care soon after diagnosis to improve survival. For example, in the case of LOH status guiding treatment decisions, Nathanson surmises that certain drugs already in today’s cancer treatment arsenal will likely work for patients who are at risk for resistance due to their LOH genetics; however, it’s a matter of choosing the right one. In other cases, early-stage clinical trials will need to be undertaken to validate the findings of preclinical studies, and new drugs and combination therapies may need to be developed to treat patients whose tumors are shown to be at risk for resistance. In each domain, the search for new information about cancer genetics and control of cell replication is expected to be a boon to oncologists trying to outsmart wily cancer cells.