The world’s total human population has jumped to more than 7.4 billion just this year. Feeding the human species takes a tremendous toll on our natural resources including water, soil, and phosphorus—a chemical element in fertilizer essential for food production.

In modern agriculture, fertilizer often leaks into waterways such as rivers, lakes, and oceans. The phosphorus (P) in the runoff stimulates algae blooms and then, when algae die and decompose, dead zones develop and fish die off. But much of the "lost" phosphorus doesn't end up in water bodies—large amounts of P also accumulate in the landscape. Until now, scientists have not had a good handle on the magnitude of this accumulation. 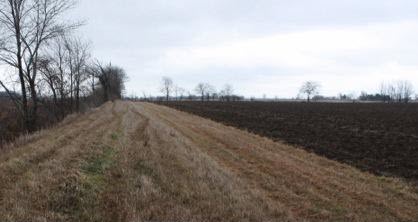 Agricultural fields near Maumee River, U.S.A.Photo credit: Tom BruulsemaFor the first time, an international group of scientists, including researchers from Arizona State University, has come up with a way to estimate on a large scale how phosphorus flows through an environment over many decades. By doing so, researchers are gaining a better understanding of how and where phosphorus accumulates.

“After we understand how human activity affects the accumulation of phosphorus in the environment, we can then focus our research efforts on reducing its long-term impact, even on figuring out how to recycle it. This will help secure food and water supplies for future generations,” said James Elser, research scientist with the ASU School of Life Sciences and School of Sustainability, and co-author of the study.

The study’s findings appear in today’s issue of Nature Geoscience.

The researchers studied three river basins where food and water security are directly linked to phosphorus. The analysis included the Thames River basin in the United Kingdom, the Maumee River Basin in the Midwestern section of the U.S., and the Yangtze River Basin in China. 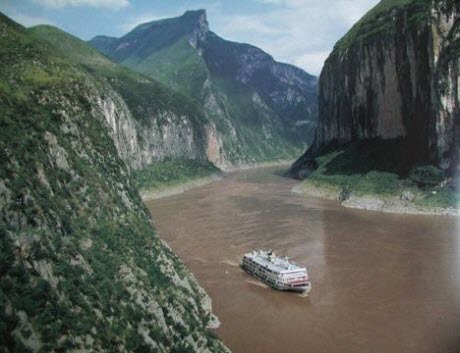 Yangtze River at Qutang Gorge, China, one of three river basins in the study where food and water security are directly linked to phosphorus.Photo credit: Jianbo ShenThe study areas ranged in size from approximately 5,000 to 700,000 square miles. Historical records dating back 70 years were used to measure the human impact on the flows of phosphorus into and out of each catchment through trade, food waste, human waste, and agricultural runoff, comparing these flows to losses of P from each river's discharge. The results showed that massive amounts of phosphorus have accumulated in the landscape—a form of "legacy P" that may affect aquatic ecosystems for decades or even centuries.

The study’s novel analyses illustrate the challenges researchers face in figuring how to manage the storage, exploitation, and reactivation of phosphorus that is already present in our environment.

“Somewhat of a surprise is that in populated landscapes, there is a huge amount of phosphorus in food waste, such as animal bones, and in sewage sludge removed during wastewater treatment,” said Stephen Powers, postdoctoral researcher with Washington State University and lead author of the paper. “Until recently these waste flows have been largely ignored in watershed studies that involve phosphorus.” 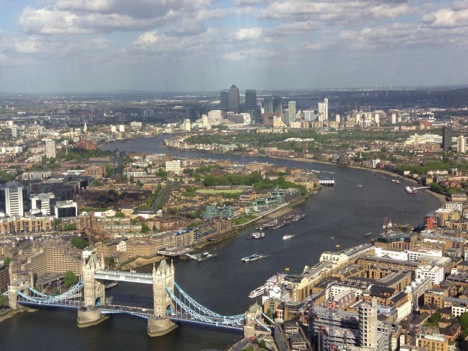 The River Thames in central London, near the tidal limit at Teddington Lock.Photo credit: Helen JarvieOf the three sites, only one showed clear improvement over several decades—the Thames River. Powers said the United Kingdom is using less fertilizer to grow food and that both historically and currently, it is a world leader in modern wastewater treatment. By following that nation's lead, Powers said other countries might improve their ability to manage phosphorus.

Elser and Powers said the next step is to develop strategies that will reduce the impact of this “legacy P.” The pair added that it is important to create new technologies and policies that recycle P for re-use as fertilizer, rather than allowing it to escape and build up in the landscape.