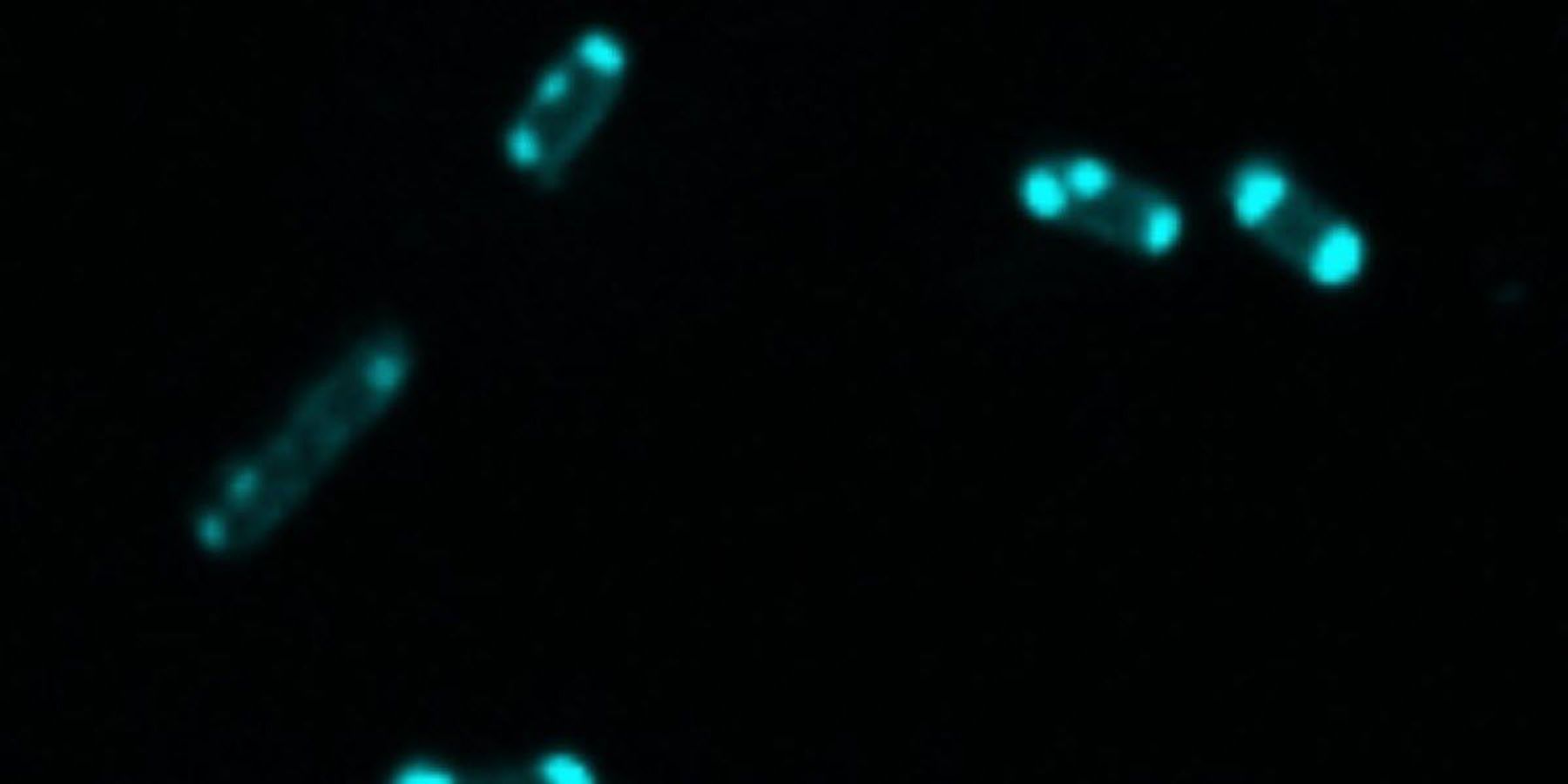 A new chemical probe glows in the presence of a bacterial enzyme that contributes to antibiotic resistance.
The University of Texas at Austin

AUSTIN, TX — In the perpetual arms races between bacteria and human-made antibiotics, there is a new tool to give human medicine the edge, in part by revealing bacterial weaknesses and potentially by leading to more targeted or new treatments for bacterial infections.

A research team led by scientists at the University of Texas at Austin has developed chemical probes to help identify an enzyme, produced by some types of E. coli and pneumococcal bacteria, known to break down several common types of antibiotics, making these bacteria dangerously resistant to treatment.

"In response to antibiotic treatment, bacteria have evolved various mechanisms to resist that treatment, and one of those is to make enzymes that basically chew up the antibiotics before they can do their job," said Emily Que, assistant professor of chemistry and one of the leading researchers on the team. "The type of tool we developed gives us critical information that could keep us one step ahead of deadly bacteria."

In a paper published online May 26 in the Journal of the American Chemical Society, the researchers zeroed in on the threat posed by the bacterial enzyme called New Delhi metallo-beta-lactamase (NDM). They set out to create a molecule that glows when it comes into contact with the NDM enzyme. When these chemical probes are added to a test tube, they bind to the enzyme and glow. Such a tool could be used to alert doctors to what kind of bacterial threat is affecting their patients and tell them which antibiotics to use.

NDM breaks down antibiotics in the penicillin, cephalosporin, and carbapenem classes, which are some of the safest and most effective treatments for bacterial infections. Other classes of antibiotics exist, but they may carry more side effects, have more drug interactions and may be less available in some parts of the world.

In addition to indicating the presence of the NDM enzyme, the florescent chemical probe developed by Que and Walt Fast, a professor of chemical biology and medicinal chemistry, may help find a different way to combat these resistant bacteria. One treatment option that doctors use with resistant bacteria is to combine common antibiotics and an inhibitor. Although there is no known clinically effective inhibitor for NDM-producing bacteria, Que's probe could help find one.

Once the probe has bound to the enzyme and begun to glow, if an effective inhibitor is introduced, it will knock the probe loose and the glow would stop. This allows scientists to test a high volume of potential drugs very quickly—research Que and Fast hope to continue in the future.

"This allows us to work towards developing therapies and eventually understanding evolutionary characteristics of such proteins," said Radhika Mehta, a recent UT Austin doctoral graduate and lead author on the paper. Mehta is currently a postdoctoral fellow in the Merchant Lab at the University of California, Berkeley.

The study also examined a process called nutritional immunity, which comes from the human body's production of proteins in response to an infection. The proteins snatch up all the available metals in the body, such as the zinc required to make NDM, rendering the bacteria more susceptible to attack.

"The evolution of this bacteria since its discovery in 2008 indicates that not only is it developing antibiotic resistance, it's attempting to combat this natural human immune process. That's particularly scary," Que said.

Que's probe can also be used to study nutritional immunity and NDM because it will glow only in the presence of the zinc needed to form the enzyme.

- This press release was originally published on the UT News website. It has been edited for style