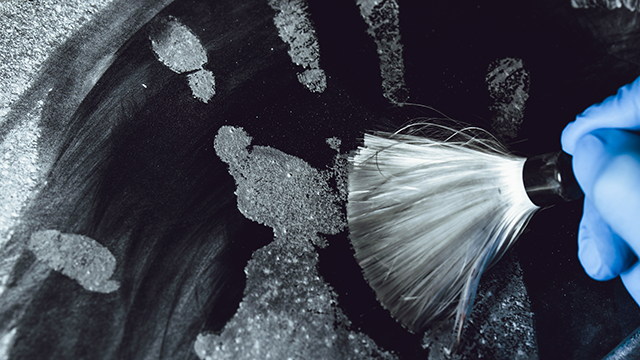 It may surprise many, especially those susceptible to the CSI effect, but fingerprint evidence is not conclusive beyond a reasonable doubt.

A new American Association for the Advancement of Science (AAAS) working group report on the quality of latent fingerprint analysis says that courtroom testimony and reports stating or even implying that fingerprints collected from a crime scene belong to a single person are indefensible and lack scientific foundation.

"Fingerprinting is one of the most heavily used forensic methods. Routinely, fingerprint analysts report and testify to 'identification,' that is, that the person who left the mark at the crime scene is the same person whose fingerprint is in the database, said Joseph B. (Jay) Kadane, Carnegie Mellon University's Leonard J. Savage University Professor of Statistics and Social Sciences, Emeritus. "Our review of the scientific literature found that there is no scientific way to estimate the number of people in some community—a city, a state, the country, the world—who share the characteristics found, and hence no scientific basis for identification."

Kadane, William Thompson, of the University of California, Irvine, Black & White Forensics, LLC's John Black and Michigan State University's Anil Jain illustrate in "Forensic Science Assessments: A Quality and Gap Analysis of Latent Fingerprint Analysis" that while latent fingerprint examiners can successfully rule out most of the population from being the source of a latent fingerprint based on observed features, insufficient data exist to determine how fingerprint features really are unique. This makes it scientifically baseless to claim that an analysis has enabled examiners to narrow the pool of sources to a single person.

Related Article: Do You Have What It Takes to be a Forensic Fingerprint Examiner?

Forensic science is an important tool for investigating crime and helping to determine guilt or innocence at trial, but questions have been raised about the validity and reliability of many forensic disciplines. A crucial National Research Council report issued in 2009 noted that most forensic disciplines have not been subjected to rigorous scientific study. And there is no way to know which aspects of these disciplines were based on a solid scientific footing and which were not.

This new report examines the bases for latent fingerprint examination, and sets forth what is known, what is not known and where there are gaps. The 14 recommendations in the report constitute a roadmap for further research. The report should also help key actors in the criminal justice system-law enforcement, lawyers, and judges-make more informed decisions.