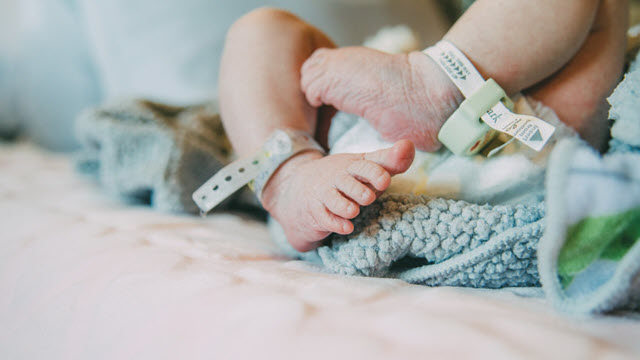 The first baby has been born following a uterus transplantation from a deceased donor, according to a case study from Brazil published in The Lancet. The study is also the first uterine transplantation in Latin America.

The new findings demonstrate that uterus transplants from deceased donors are feasible and may open access for all women with uterine infertility, without the need for live donors. However, the outcomes and effects of donations from live and deceased donors are yet to be compared, and the surgical and immunosuppression techniques will be optimized in the future.

The recipient of the transplant was a patient with uterine infertility. Previously, there have been 10 other uterus transplants from deceased donors attempted in the USA, Czech Republic, and Turkey, but this is the first to result in a livebirth. The first childbirth following uterine transplantation from living donors occurred in Sweden in September 2013 and was also published in The Lancet. In total, there have been 39 procedures of this kind, resulting in 11 livebirths so far.

Infertility affects 10-15 percent of couples of reproductive age. Of this group, one in 500 women have uterine anomalies due to congenital anomalies, or through unexpected malformation, hysterectomy, or infection. Before the advent of uterus transplants, the only available options to have a child were adoption or surrogacy.

"The use of deceased donors could greatly broaden access to this treatment, and our results provide proof-of-concept for a new option for women with uterine infertility." says Dr. Dani Ejzenberg, Hospital das Clínicas, Faculdade de Medicina da Universidade de São Paulo, who led the research. "The first uterus transplants from live donors were a medical milestone, creating the possibility of childbirth for many infertile women with access to suitable donors and the needed medical facilities. However, the need for a live donor is a major limitation as donors are rare, typically being willing and eligible family members or close friends. The numbers of people willing and committed to donate organs upon their own deaths are far larger than those of live donors, offering a much wider potential donor population."

The surgery took place in September 2016. The recipient of the uterus was a 32-year-old woman born without a uterus as a result of Mayer-Rokitansky-Küster-Hauser (MRKH) syndrome. She had one in vitro fertilization (IVF) cycle four months before transplant, resulting in eight fertilized eggs, which were cryopreserved.

The donor was 45-years -old and died of subarachnoid haemorrhage (a type of stroke involving bleeding on the surface of the brain).

The uterus was removed from the donor and then transplanted into the recipient in surgery lasting 10.5 hours. The surgery involved connecting the donor uterus' and recipient's veins and arteries, ligaments, and vaginal canals.

After surgery, the recipient stayed in intensive care for two days, then spent six days on a specialized transplant ward. She received five immunosuppression drugs, as well as antimicrobials, anti-blood clotting treatment, and aspirin while in hospital. Immunosuppression was continued outside of hospital until the birth.

Five months after transplantation, the uterus showed no signs of rejection, ultrasound scans showed no anomalies, and the recipient was having regular menstruation.

The fertilized eggs were implanted after seven months. The authors note that they were able to implant the fertilized eggs into the transplant uterus much earlier than previous uterus transplants (where this typically occurred after one year). Implantation was planned to be at six months, but the endometrium was not thick enough at this stage, so it was postponed for one month.

Ten days after implantation, the recipient was confirmed to be pregnant. Non-invasive prenatal testing was done at 10 weeks, showing a normal fetus, and ultrasound scans at 12 and 20 weeks revealed no fetal anomalies.

There were no issues during the recipient's pregnancy, other than a kidney infection at 32 weeks that was treated with antibiotics in hospital.

Both the recipient and baby were discharged three days after birth, with an uneventful early follow-up. The immunosuppressive therapy was suspended at the end of the hysterectomy. At the age of seven months and 20 days (when the manuscript was written), the baby continued to breastfeed and weighed 7.2kg (15lbs and 14oz).

The authors note that transplants from deceased donors might have some benefits over donations from live donors, including removing surgical risks for a live donor, and that many countries already have well-established national systems to regulate and distribute organ donations from deceased donors. In addition, through implanting the fertilized eggs sooner they reduced the amount of time taking immunosuppression drugs, which could help to reduce side effects and costs.

The authors note that the transplant involved major surgery and recipients for uterus transplants would need to be healthy to avoid complications during or after this. They also note that the surgery used high doses of immunosuppression, which could be reduced in future. It also involved moderate levels of blood loss, although these were manageable.

The recipient and her partner received monthly psychological counseling from professionals specialized in transplants and fertility throughout before, during, and after the transplant.

Writing in a linked Comment, Dr Antonio Pellicer, IVI-Roma, Italy, notes that while the procedure is a breakthrough, it is still in the early stages of refining and many questions are still unsolved. He says: "All in all, the research to be done in this field (whether from alive or deceased donors) should maximize the livebirth rate, minimize the risks for the patients involved in the procedures (donor, recipient, and unborn child), and increase the availability of organs. With the expansion of the field, the number of procedures will increase, and this will allow the community to set different types of study designs, such as comparison studies (ideally randomized) or long prospective series. In an expanding field such as uterus transplantation, the role of collaborative networks and societies such as the International Society of Uterus Transplantation or new interest groups in already existing scientific societies will be crucial. They should promote education and guidance so that the groups performing uterus transplantation for the first time can benefit from the experience of the pioneers. They should also encourage forthcoming procedures to be done and reported in a transparent way by endorsing prospective registration of the procedures and by developing accurate registries."