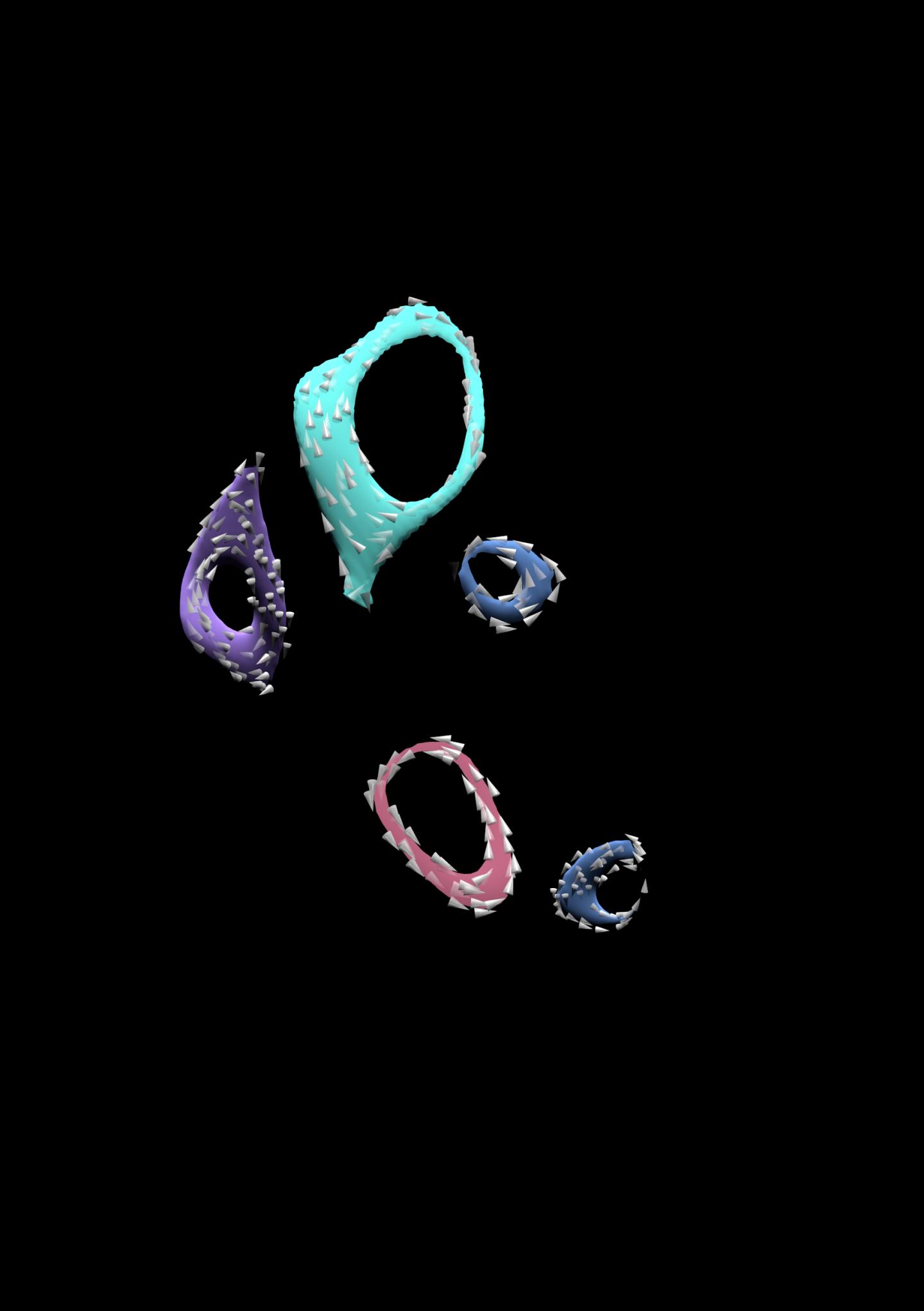 Magnets often harbor hidden beauty. Take a simple fridge magnet: Somewhat counterintuitively, it is "sticky" on one side but not the other. The secret lies in the way the magnetization is arranged in a well-defined pattern within the material. More intricate magnetization textures are at the heart of many modern technologies, such as hard disk drives. Now, an international team of scientists at the Paul Scherrer Institute (PSI), ETH Zurich, the University of Cambridge, the Donetsk Institute for Physics and Engineering, and the Institute for Numerical Mathematics (RAS) in Moscow report the discovery of unexpected magnetic structures inside a tiny pillar made of the magnetic material gadolinium cobalt. As they write in a paper published Nov. 30 in the journal Nature Physics, the researchers observed sub-micrometer loop-shaped configurations, which they identified as magnetic vortex rings. Far beyond their aesthetic appeal, these textures might point the way to further complex three-dimensional structures arising in the bulk of magnets, and could one day form the basis for novel technological applications.

Determining the magnetization arrangement within a magnet is extraordinarily challenging, in particular for structures at the micro- and nanoscale, for which studies have been typically limited to looking at a shallow layer just below the surface. That changed in 2017 when researchers at PSI and ETH Zurich introduced a novel X-ray method for the nanotomography of bulk magnets, which they demonstrated in experiments at the Swiss Light Source (SLS). That advance opened up a unique window into the inner life of magnets, providing a tool for determining three-dimensional magnetic configurations at the nanoscale within micrometer-sized samples. 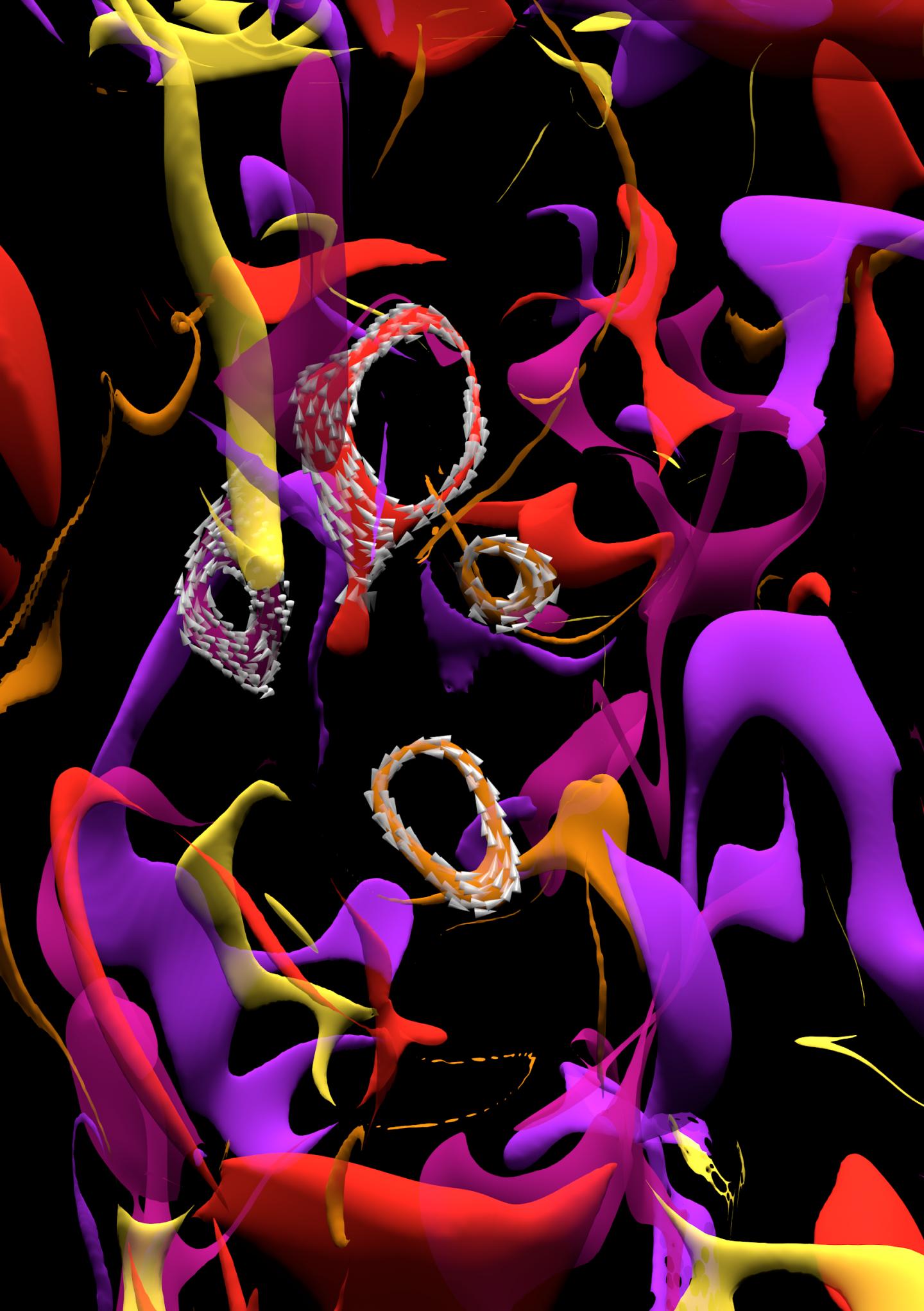 Utilizing these capabilities, members of the original team, together with international collaborators, now ventured into new territory. The stunning loop shapes they observed appear in the same gadolinium cobalt micropillar samples in which they had before detected complex magnetic configurations consisting of vortices—the sort of structures seen when water spirals down from a sink—and their topological counterparts, antivortices. That was a first, but the presence of these textures has not been surprising in itself. Unexpectedly, however, the scientists also found loops that consist of pairs of vortices and antivortices. That observation proved to be puzzling initially. With the implementation of novel sophisticated data-analysis techniques they eventually established that these structures are so-called vortex rings—in essence, doughnut-shaped vortices.

A new twist on an old story

Vortex rings are familiar to everyone who has seen smoke rings being blown, or who watched dolphins producing loop-shaped air bubbles, for their own amusement as much as to that of their audience. The newly discovered magnetic vortex rings are captivating in their own right. Not only does their observation verify predictions made some two decades ago, settling the question whether such structures can exist. They also offered surprises. In particular, magnetic vortex rings have been predicted to be a transient phenomenon, but in the experiments now reported, these structures turned out to be remarkably stable.

The stability of magnetic vortex rings should have important practical implications. For one, they could potentially move through magnetic materials, as smoke rings move stably though air, or air-bubble rings through water. Learning how to control the rings within the volume of the magnet can open interesting prospects for energy-efficient 3D data storage and processing. There is interest in the physics of these new structures, too, as magnetic vortex rings can take forms not possible for their smoke and bubble counterparts. The team has already observed some unique configurations, and going forward, their further exploration promises to bring to light yet more magnetic beauty.