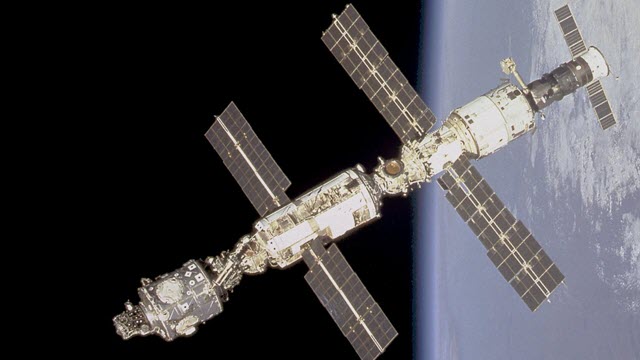 Serena Auñón-Chancellor, M.D., M.P.H., clinical associate professor of medicine at LSU Health New Orleans School of Medicine's branch campus in Baton Rouge, is the lead author of a paper describing a previously unrecognized risk of spaceflight discovered during a study of astronauts involved in long-duration missions. The paper details a case of stagnant blood flow resulting in a clot in the internal jugular vein of an astronaut stationed on the International Space Station. The paper is published in the January 2, 2020 issue of the New England Journal of Medicine, available here.

"These new findings demonstrate that the human body still surprises us in space," notes Dr. Auñón-Chancellor, who also remains a member of NASA's Astronaut Corps and is board certified in both internal and aerospace medicine. "We still haven't learned everything about Aerospace Medicine or Space Physiology."

Eleven astronauts were involved in the vascular study, which sought to help close gaps in knowledge about circulatory physiology that will not only benefit patients on Earth, but could be critical for the health of astronauts during future space exploration missions to the moon and Mars. The study measured the structure and function of the internal jugular vein in long-duration spaceflight where astronauts are exposed to sustained headward blood and tissue fluid shifts.

Ultrasound examinations of the astronauts' internal jugular veins were performed at scheduled times in different positions during the mission. Results of the ultrasound performed about two months into the mission revealed a suspected obstructive left internal jugular venous thrombosis (blood clot) in one astronaut. The astronaut, guided in real time and interpreted by two independent radiologists on earth, performed a follow-up ultrasound, which confirmed the suspicion.

Since NASA had not encountered this condition in space before, multiple specialty discussions weighed the unknown risks of the clot traveling and blocking a vessel against anticoagulation therapy in microgravity. The space station pharmacy had 20 vials containing 300 mg of injectable enoxaparin (a heparin-like blood thinner), but no anticoagulation-reversal drug. The injections posed their own challenges - syringes are a limited commodity, and drawing liquids from vials is a significant challenge because of surface-tension effects.

The astronaut began treatment with the enoxaparin, initially at a higher dose that was reduced after 33 days to make it last until an oral anticoagulant (apixaban) could arrive via a supply spacecraft. Anticoagulation-reversing agents were also sent.

Although the size of the clot progressively shrank and blood flow through the affected internal jugular segment could be induced at day 47, spontaneous blood flow was still absent after 90 days of anticoagulation treatment. The astronaut took apixaban until four days before the return to Earth.

On landing, an ultrasound showed the remaining clot flattened to the vessel walls with no need for further anticoagulation. It was present for 24 hours after landing and gone 10 days later. Six months after returning to Earth, the astronaut remained asymptomatic.

The astronaut had no personal or family history of blood clots and had not experienced headaches or the florid complexion common in weightless conditions. The changes in blood organization and flow, along with the prothrombotic risk uncovered in the study show the need for further research.

Concludes Auñón-Chancellor, "The biggest question that remains is how would we deal with this on an exploration class mission to Mars? How would we prepare ourselves medically? More research must be performed to further elucidate clot formation in this environment and possible countermeasures."

Internal jugular venous thrombosis has most often been associated with cancer, a central venous catheter, or ovarian hyperstimulation. Recently, it has been found in a growing number of IV drug abusers who inject drugs directly into the internal jugular vein. The condition can have potentially life-threatening complications, including systemic sepsis and pulmonary embolism.

Variation among Amazonian Countries in Their Rates of Forest Recovery

Variation among Amazonian Countries in Their Rates of Forest Recovery