Fish school by copying each other and changing directions randomly, rather than calculating and adapting to an average direction of the group, a group of scientists co-led by UNSW has shown.

In a study published today in Nature Physics, an international team from Australia, India and UK has shed light on the behavioral dynamics that govern alignment, or collective motion, of cichlid fish—offering new insights into the dynamics of schooling, and potentially the coordinated behavior of other animals.

“In the fish that we have studied, schooling turns out to be noise-induced. It’s not what anyone traditionally thought it was,” says Dr. Richard Morris from UNSW Science, co-leader of the study and EMBL Australia group leader in UNSW’s Single Molecule Science.

“Noise, in this setting, is simply the randomness arising from interactions between individual fish.” 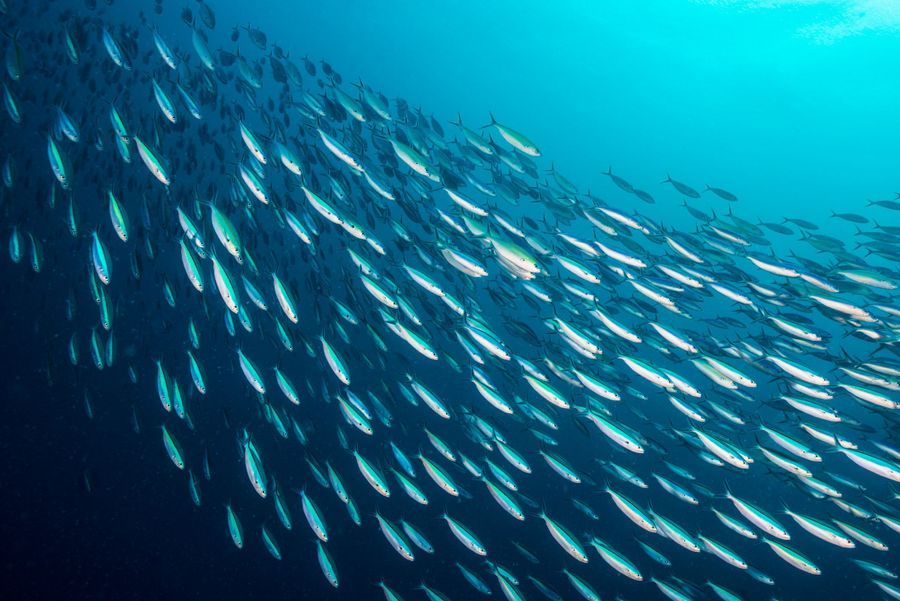 In the study, the researchers present the first experimental evidence of noise-induced ordering, which previously only existed as a theoretical possibility. The interdisciplinary team of ecologists, physicists and mathematicians achieved this by combining the capabilities of their scientific disciplines to integrate experiments with computer simulations and analysis.

“Everyone’s been aware of noise-induced phenomena, theoretically, but it’s quite rare to find in practice. You can only observe it when the individuals in a study can actually make decisions. For example, you wouldn’t find this type of noise-induced behavior studying electrons or particles,” says Morris.

This new model proposed contradicts the standard ‘moving average’ theories for schooling and herding behavior, which assume that the animals are capable of estimating the overall direction of the group.

“Every fish only interacts with one other fish at any given time. They either spontaneously change direction, or copy the direction of a different fish. Calculating an average direction of the group—which was the popular theory until now—is likely too complicated for a fish to compute,” explains Morris.

To study the behavioral dynamics, the researchers filmed schools of 15, 30, and 60 cichlid fish, tracking their trajectories to analyse the mechanism behind mutual alignment, or schooling.

“Smaller groups of fish schooled more coherently than large groups. This is counter-intuitive, since the randomness, or noise, from individual interactions plays a bigger role in smaller groups than larger ones,” Morris says.

When researchers interpret data, noise is usually an unrelated factor that obscures and distracts from the information, like glare from the sun that you would try to eliminate to get a clearer photo.

In this case, Morris explains that the random copying between pairs of fish gives rise to a different class of noise, and is actually what drives their highly coordinated behavior. This new insight highlights the importance of noise, showing that noise may encode some important information about behavioral dynamics of fish and other animals.

“Here the signal is the noise. If you ignored the fluctuations completely, you couldn’t explain schooling at all.”

Beyond fish behavior, the discovery has the power to reshape the understanding of collective motion in animals, and calls for a revision of how noise is treated in studies of behavior dynamics.

- This press release originally appeared on the University of New South Wales website.