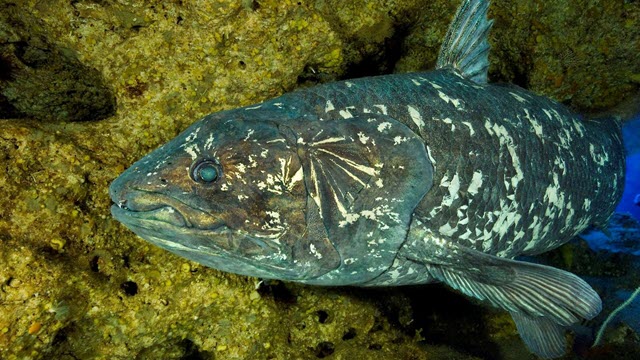 A new study into one of the world's oldest types of fish, Coelacanth, provides fresh insights into the development of the skull and brain of vertebrates and the evolution of lobe-finned fishes and land animals, as published in Nature.

Coelacanth (Latimeria chalumnae) is so rare it was thought to have gone extinct with dinosaurs more than 65 million years ago. But the discovery of a living specimen off the coast of South Africa in 1938 prompted debate about whether this fish fits into our understanding about the evolution of land animals.

The skull of this fish also happens to be completely split in half a by special 'intracranial joint' and it's brain is so ridiculously small, it remains only one percent the size of the cavity that houses it, which makes Coelacanth survival unique amongst all living vertebrates.

A new paper from an international team of researchers provides insights into the biology of the unique skull of this fish and its links to the evolution of vertebrate species, including humans.

How the coelacanth skull grows and why the brain remains so small has remained a secret for thousands of years but a team of researchers, led by Dr. Hugo Dutel at the University of Bristol, has studied its brain cavity at different stages of development to understand when the skull divides to form a hinged brain case.

Collaborator professor John Long from Flinders University says the discovery provides a better understanding of why ancient fossil fish had hinged heads and suggests why four limbed animals later lost this joint between two parts of their skull.

"We think that formation of this special joint is probably caused by the unique development of the notochord (a tube extending below the brain and the spinal cord in the early stages of life).

"It usually degenerates into a small rod below the brain in some fishes. However, the notochord for Coelacanth expands dramatically to become 50 times bigger than the brain in the adult fish."

"This process of brain growth is very unusual, especially compared to primates like us in which the brain expands dramatically. A mismatch between the brain and its cavity also exists in some other living and fossil fishes, but what is observed here is totally unequalled among vertebrates." Two species of primitive, slow-moving coelacanths still around today are often called "living fossils" because they remain physically unchanged.

The scientists used state-of-the-art imaging techniques to visualize the internal anatomy of the fish without damaging them. They digitalized a five-centimeter long fetus, the earliest developmental stage available, with synchrotron X-ray at the European Synchrotron (ESRF).

The data was used to generate detailed 3D models, which allowed the team to analyze how the form of the skull, the brain and the notochord changes from a fetus to an adult.

"Coelacanths are iconic animals thought to be on the line to the first land animals or tetrapods, because of their strange hinged head," says Long. "This new research shows the peculiar hinge in the skull was caused by persistence of the large cartilaginous rod, or notochord, preventing the skull form ossifying as one solid unit."

The team also observed how these structures are positioned relative to each other at each stage, and compared their observations with what is known about the formation of the skull in other vertebrates.

Dr. Hutel says These are very unique observations, but they represent only a tiny step forward compared to the amount we know on the development of other species. "There are still more questions than answers! Latimeria still holds many clues for our understanding of vertebrate evolution, and it is important to protect this threatened species and its environment." 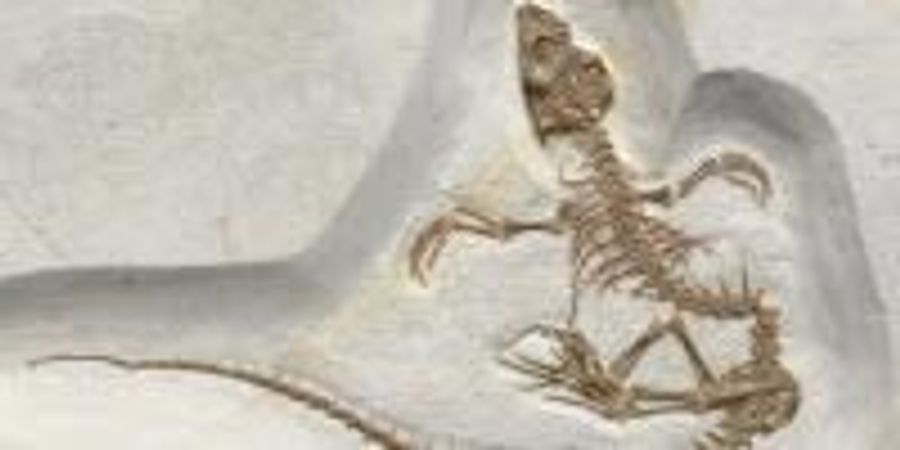