Here’s a new twist to an old tradition–resolutions that have some research to back up their worth. Below are five resolutions for 2016, all based on the work of University at Buffalo faculty. Their research and expertise provides direction on steps to take toward self-improvement and well-being in 2016.

1: To become a leader in the workplace, be a bit more narcissistic

Yes, there’s a positive relationship between narcissism and becoming a leader, according to research by Emily Grijalva, assistant professor at UB’s School of Management. She and her co-authors combined information from six studies involving 1,713 participants and found that narcissism in moderation is associated with being a more effective leader or boss. “It turns out that you need to believe you’re important and somewhat special in order to make other people believe that as well,” she says. But, there’s a fine line between too much narcissism and the right amount. If you are already above average in narcissism, Grijalva says, you should strive to become less narcissistic to be a more effective leader. 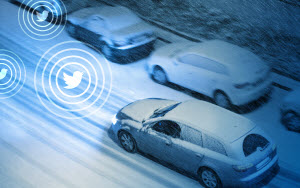 Image courtesy of the University at Buffalo2: Rant about the weather on Twitter to make the roads safer

Take to social media to complain about the weather–it just might ease traffic on slippery, congested roads. A UB study examined how weather-related tweets can be analyzed to bolster computer models that, among other things, recommend safe driving speeds and which roads motorists should avoid during inclement weather. Twitter users create a wealth of hyperlocal data that can be plugged into computer models to better predict traffic patterns and even direct traffic during periods of bad weather, says UB engineer Adel Sadek. 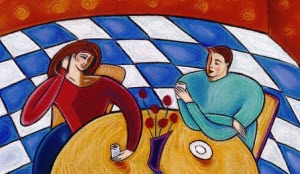 Image courtesy of the University at Buffalo3: A long-distance relationship may solve your love woes

Relationship troubles last year? 2016 may be the time to try love from afar. Qualities that you admire in another person from far away can become threatening as the distance lessens. For example, someone of greater intelligence seems attractive when they’re far away, but less so when that same person is right next to you, according to a UB-led study. “We found that men preferred women who are smarter than them in psychologically distant situations. But in live interaction, men distanced themselves and were less attracted to a woman who outperformed them in intelligence,” said UB psychologist Lora Park, the study’s principal investigator. 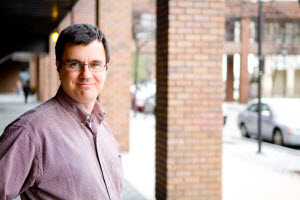 When it comes to adolescents and drinking, the message that parents send matters, says UB psychologist Craig Colder.Photo credit: Douglas Levere4: Warn your kids about alcohol, and then warn them some more

Turns out teens listen to their parents’ messages about alcohol. As teens get older there is a tendency for parents to feel less effective at influencing their adolescent’s decisions about drinking alcohol. According to UB research, parents can still make a difference–even with older adolescents. Conveying the health risks of alcohol and maintaining clear and consistent rules about drinking are the key, says Craig Colder, UB professor of psychology. 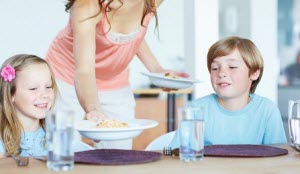 Image courtesy of the University at BuffaloDuring times of loneliness or rejection, it’s likely we gravitate to comfort food–regardless of which dishes we identify as comfort food–because of the positive associations we have with the person who first prepared it. “Comfort foods are often the foods that our caregivers gave us when we were children,” says UB psychologist Shira Gabriel, who led a research project on that topic. According to Gabriel’s research, the social function of comfort food helps explain why we might seek them out even when we’re dieting or not hungry.