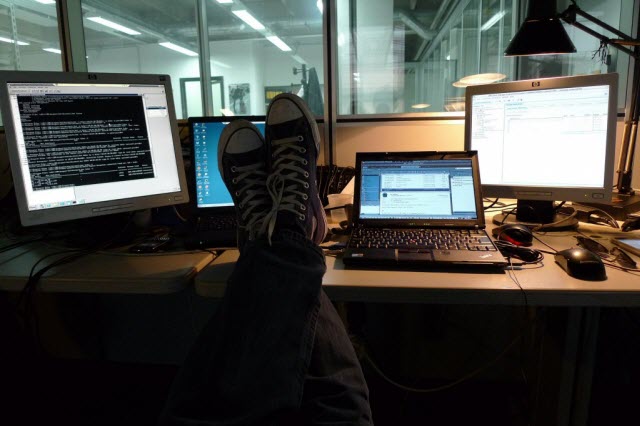 The researchers found that this gender discrepancy exists even when they took into account the gender segregation of the labor market.Photo credit: Leonardo Rizzi. CC BY-SA 2.0

Flexitime and having autonomy over working hours—known as schedule control—impacts differently on men and women and may increase the gender pay gap.

That’s the conclusion of new research co-led by the University of Kent that shows that although schedule control is associated with increases in overtime and income, it is men that benefit more.

The research, from the University’s School of Social Policy, Sociology and Social Research and the Hans-Böckler Foundation, Dusseldorf, Germany, showed that the increase in overtime was much higher for men, meaning that schedule control has the potential to "traditionalize" gender roles.

This was because of the large number of women taking part in the study sample who were working part-time.

Researchers found a considerable ‘gender gap’ in the income gained through schedule control. Both men and women gain additional income when using schedule control mediated via overtime hours. However, women, even full-time working women, do not reap the direct benefit men do in terms of income gains. In fact, the research suggests schedule control may potentially increase the gender pay gap.

The researchers found that this gender discrepancy exists even when they took into account the gender segregation of the labor market, i.e., sectors and occupations, as well as other characteristics such as an individual’s ambition or work devotion.

The research, entitled Gender Discrepancies in the Outcomes of Schedule Control on Overtime Hours and Income in Germany, was co-authored by Dr Heejung Chung of the University of Kent and Dr Yvonne Lott of the Hans-Böckler Foundation. It is published in the European Sociological Review.