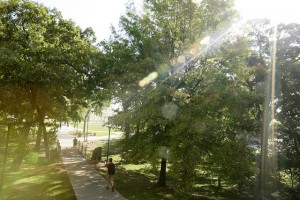 Photo courtesy of Missouri University of Science and TechnologyKoylu, a professor of mechanical and aerospace engineering at Missouri University of Science and Technology, has received a six-month $50,000 Innovation Corps Teams (I Corps) Program grant from the National Science Foundation to accelerate tech-transfer and explore commercialization of a biology-inspired polymer electrolyte membrane (PEM) fuel cell. And the campus flora is his inspiration.

“Nature perfected its natural delivery system,” Koylu says, glancing out his window. “Our team of researchers came up with an engineering version of it.”

The technology was developed during four years of research led by Dr. Ming Leu, the Keith and Pat Bailey Missouri Distinguished Professor of Integrated Product Manufacturing and professor of mechanical and aerospace engineering at Missouri S&T.

After those four research years, it’s now a rush to the finish line — which ends when December does — because of the intense entrepreneurial activities.

“They approach it like a start-up company,” Koylu says of the NSF. “It’s venture capitalism in that sense.”

To get useable energy out of fuel cells, they have to be stacked together, which takes up a lot of space to produce minimal results. However, the bio-inspired fuel cells are expected to increase peak power density by up to 30 percent over conventional fuel cells, Koylu says. That means bio-inspired cells would take up less space than current models, or more could be stacked in the same amount of space, increasing power. 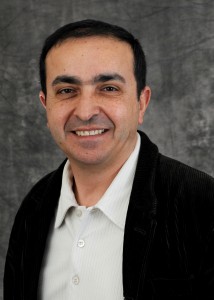 Dr. Umit KoyluPhoto courtesy of Missouri University of Science and TechnologyIn addition, the bio-inspired fuel cells are more energy efficient, Koylu says. “You can get more power for the same amount of fuel” — hydrogen and oxygen — “which transfers to energy savings and pollution reduction,” he says.

Lab tests on a prototype show that the bio-inspired flow fields are superior in reducing transport losses and water removal than existing flow-field designs, Koylu says.

“High power density in a fuel cell comes at a high current,” but it’s less in a bio-inspired fuel cell, Koylu says.

To get a sense of industry expectations, Vaz is talking to car companies and others that make products such as forklifts.

With more powerful fuel cells, Koylu says, it could help reduce the world’s dependence on fossil fuel, reduce pollution and increase energy efficiency. And bio-inspired fuel cells might be the way.

The I Corps is a set of activities and programs that prepares scientists and engineers to extend their focus beyond the laboratory and broadens the impact of select, NSF-funded, basic-research projects.

Combining experience and guidance from established entrepreneurs with a targeted curriculum, I Corps is a public-private partnership program that teaches grantees to identify valuable product opportunities that can emerge from academic research, and it offers entrepreneurship training to student participants.

Learn more about the NSF I Corps program online.