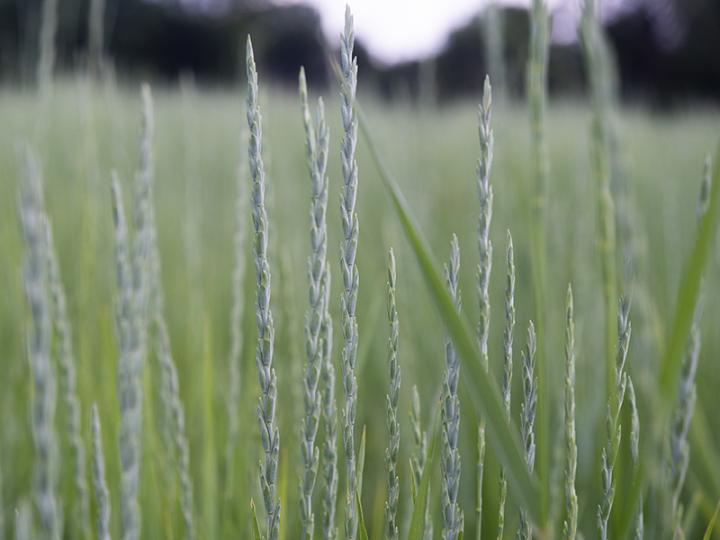 MN-Clearwater wheatgrass spikes prior to their pollen shed.
Prabin Bajgain

Wheatgrass is packed with beneficial nutrients, which makes the crop a popular superfood. And now, more farmers will have access to growing this beneficial crop.

Historically, wheatgrass has been used as a crop in animal feed. However, a partnership between The Land Institute and the University of Minnesota changed that.

The University of Minnesota recently released the first food-grade wheatgrass variety for public use. Now, this eco-friendly and cost-effective crop can be commonly grown as human food, too.

"The Land Institute has been breeding intermediate wheatgrass since 2002," explains James Anderson, a professor at the University of Minnesota. "Developed using germplasm provided by The Land Institute in 2011, this variety of wheatgrass is the first to be available for public use."

The new variety, called MN-Clearwater, was produced by crossing seven wheatgrass parents with desired qualities. These qualities include high grain yield and seed size, which are ideal for farmers. Breeders have been successful in the domestication of this perennial crop that provides benefits to both farmers and the environment.

"Because wheatgrass is a perennial, it's known to be a soil builder," said Anderson. "It provides soil cover throughout the year."

Soil coverage prevents soil and nutrient runoff during heavy rainfall. Wheatgrass also has deep, dense roots that capture nutrients before it gets into groundwater. This helps to protect groundwater-based water systems. 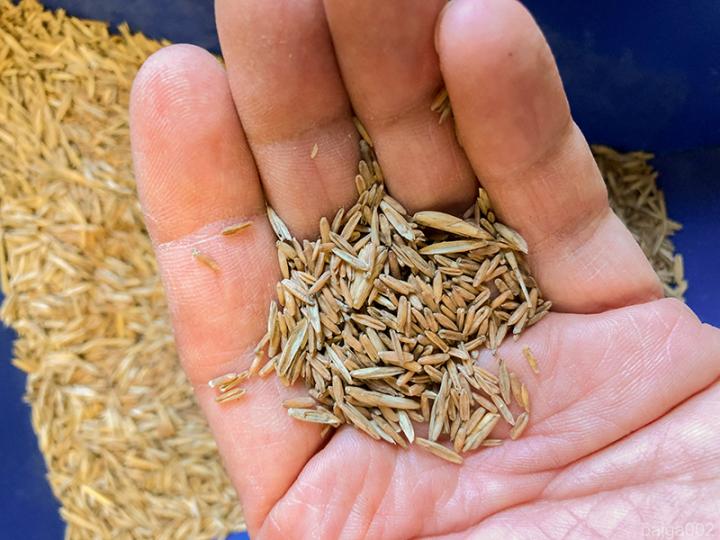 MN-Clearwater wheatgrass seed, whose grain threshes freely from the hulls 63 percent of the time.
Brett Heim

Other benefits of this new wheatgrass variety compared to other crops like corn and soybeans, are:

There are also economic advantages for the farmer growing wheatgrass. As a perennial crop, wheatgrass uses less fertilizer and machinery than annual crops. 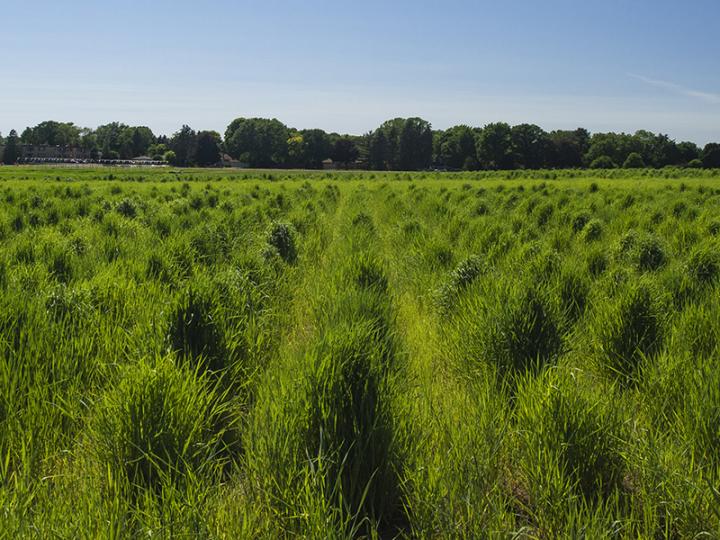 For farmers, the big advantage is that they only must plant once every three years and will have multiple harvests off of the one crop.

"But the farmer isn't the only one who benefits," explains Anderson. "As the first food-grade wheatgrass, food processers and consumers can see a benefit, too."

End-users are always searching for new items. MN-Clearwater wheatgrass provides new flavors and nutritional properties that can be added to food products.

The harvested wheatgrass goes well with wheat-based products. It can be used as a replacement for wheat, but it is best used with it. By using both wheat and wheatgrass as ingredients, the product can maintain its baking and functional properties while offering new flavors.

The first registered food product using the MN-Clearwater wheatgrass was a beer from Patagonia Provisions, and other products include several locally brewed beers and a limited-edition cereal from Cascadian Farm.