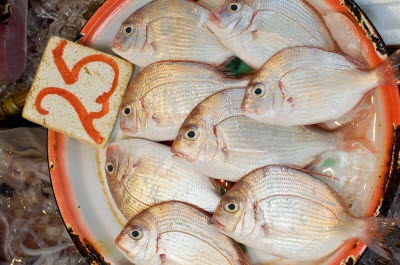 The novel analysis of FDA’s 2002-2007 data on food import violations suggests that “the size of a country’s economy appears to be a more important determinant of food safety than its wealth,” or GDP per capita, according to the study, “Import Security: Assessing the Risks of Imported Food.” The research was conducted by Jonathan Welburn and Vicki Bier of the University of Wisconsin−Madison, Department of Industrial and Systems Engineering and Steven Hoerning, of Stanford University’s Graduate School of Business. It was published in the online version of Risk Analysis, a publication of the Society for Risk Analysis.

“We present a novel use of existing data to provide partial answers on food import risks that are not easy to obtain by other means,” says Welburn. “Our results suggest that the risk level of imported food is higher for foods from low-GDP countries. High-GDP countries, on the other hand, may be better able to reduce risks through standards and regulations. Consequently, importers may wish to pay more for products from high-GDP countries, or work closely with suppliers from low-GDP countries to ensure good safety practices.”

“The results should be useful to supply-chain managers in determining whether the cost savings associated with a change to a lower cost source country are worthwhile given possible increases in risk, and also in assessing the need for risk-reduction measures such as producer safety training for some product types and source countries,” according to the authors. The results should also help FDA target inspections, they add.

Related article: New Knowledge on How to Keep Pathogens, Pests from Traveling with Grain

To quantify imported food risks, the researchers used FDA Inspection Refusal Report (IRR) data. FDA generates an IRR when its inspectors refuse to admit a shipment into the United States. Imports can be refused for botulism, filth, rotting foods, or other blatant food-safety concerns, as well as for “less dramatic violations,” such as the lack of required documentation. FDA only needs to prove the appearance of a violation, not an actual violation, so a refusal is “not an absolute measure of risk, and is interpreted as a proxy for risk,” according to the paper.

In closely examining the FDA violations data by country, the researchers concluded, “refusals alone are not a good indicator of risk.” The data showed that the top 15 violators were all major U.S. trading partners, such as Mexico, China, and the United Kingdom, suggesting that the number of refusals is driven by food import volume. But when the refusals were normalized using the volume of imports (measured in millions of dollars), major trading partners were no longer exclusively identified as the high-risk countries and the list no longer included highincome countries. For example, the normalized analysis found that the highest-risk country, Iraq, has averaged 204 refusals per million dollars of imports and Somalia has averaged 191 refusals per million dollars of imports. As an example of a low-risk, low-GDP country, Costa Rica averaged 41 refusals per billion dollars of imports. China exemplifies a high-GDP nation that is better able to manage risks. Normalizing refusals data helps put the data into perspective, and the “rate of refusals is clearly a better risk measure than refusals alone,” the authors conclude.

The researchers call for improved data management and transparency. “In particular, import violations data must be collated with separate trade data to quantify risks,” says Welburn, urging improved data management and transparency. “To facilitate this analysis, it would be helpful if the database on import violations corresponded more closely with the database on trade volumes.”