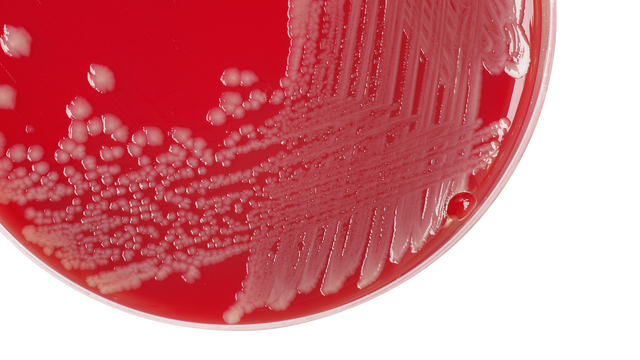 Washington, DC — April 17, 2018 — Chlorine, commonly used in the agriculture industry to decontaminate fresh produce, can make foodborne pathogens undetectable, according to new research published in mBio, an open-access journal of the American Society for Microbiology. The study may help explain outbreaks of Salmonella enterica and Listeria monocytogenes among produce in recent years.

"This important work is a major breakthrough, after 100 years of relying on chlorine to sanitize foods and drinking water, and may explain the many unrecognized or untraceable disease outbreaks relying on the gold standard of culture recovery," said lead study author Bill Keevil, PhD, chair in environmental healthcare within Biological Sciences and head of the Microbiology Group at the University of Southampton, UK.

In response to stress such as extreme temperatures, nutrient starvation, or desiccation (extreme dryness), some Gram-positive bacteria can form tough spores and survive for thousands of years in the environment. Bacillus anthracis, which causes Anthrax, is one example. Many bacteria, however, cannot form spores and instead survive a stress by entering a "dormant" or viable but nonculturable (VBNC) state in response to environmental stresses. "VBNC cells cannot be detected by standard laboratory culture techniques, presenting a problem for the food and water supply industries, which uses these techniques to detect pathogen contaminants," said Dr. Keevil.

In their study, Dr. Keevil and colleagues incubated Listeria monocytogenes and Salmonella enterica populations on spinach leaves and then subjected the spinach to chlorine washes. The viable Listeria and Salmonella populations became VBNC by 50 and 100 ppm chlorine, respectively. Further experiments revealed that Caenorhabiditis elegans that ingested VBNC cells had shortened lifespans.

"Chlorine induces the VBNC state in foodborne pathogens Listeria monocytogenes and Salmonella enterica and chlorine was ineffective at killing total populations of these pathogens," said Dr. Keevil. "These data show that viable but nonculturable foodborne pathogens can both be generated and avoid detection by industrial practices, while potentially retaining their ability to cause disease." Even modern molecular detection (PCR and qPCR) are flawed, if labs rely on a pre-enrichment step that involves chlorine, to increase cell numbers and sensitivity of the assay.

The findings have implications for food safety as well as biocidal products. "This has big implications for many household and industrial cleaning agents, paints, cosmetics etc. sold with an antimicrobial claim," said Dr. Keevil. "The efficacy of many validated products with a biocidal claim may need to be re-examined when they rely solely on culture recovery techniques [that involve chlorine]."

Dr. Keevil said the study will also impact on post-BREXIT trade agreements, with countries insisting the UK import their chlorine-treated foodstuffs. This new work shows this may not actually be safe. One of the collaborators on the study, Steve Rothwell, PhD, works for Vitacress Salads ltd, which has now become the first UK company to obtain supermarket approval to sell fresh produce washed in spring water without chlorine. "The problem with fresh produce of course is that many people eat it fresh, so it misses the cooking step which would kill most pathogens, one reason why companies have relied on chlorine washing before sale," said Dr. Keevil.