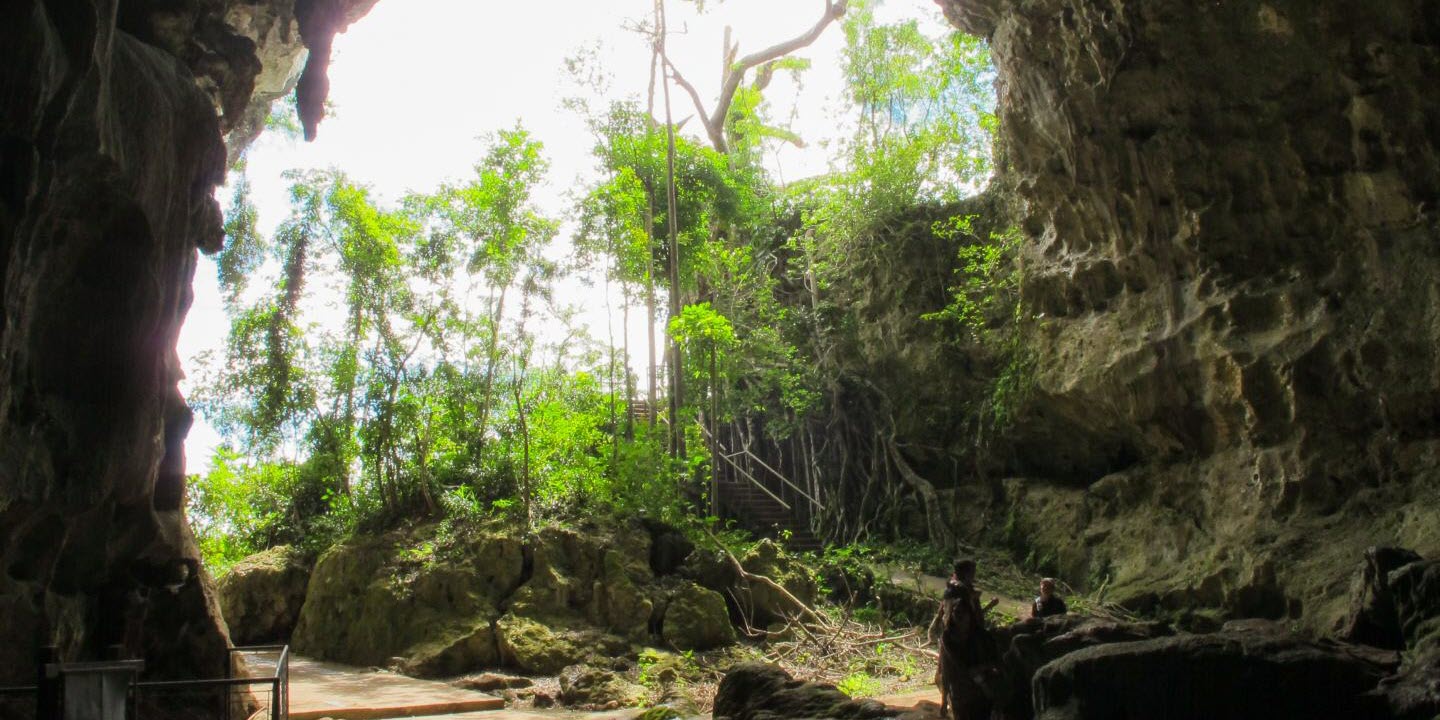 Callou Cave site where the fossils were found.
Patricia Cabrera

Rats, by and large, aren't terribly popular animals. But while you don't want an infestation of common black rats living in your house, their distant cousins in the Philippines are downright cuddly. These "giant cloud rats" live in the treetops of misty mountain forests, and they fill an ecological role occupied by squirrels in the US. And, it turns out, we have new evidence that they've been living in the Philippines for a long time—scientists have discovered the fossils of three new species of giant cloud rats that lived alongside ancient humans.

"Our previous studies have demonstrated that the Philippines has the greatest concentration of unique species of mammals of any country, most of which are small animals, less than half a pound, that live in the tropical forest," Larry Heaney, the Neguanee Curator of Mammals at Chicago's Field Museum and an author of a study in the Journal of Mammalogy describing the new species. "These recently extinct fossil species not only show that biodiversity was even greater in the very recent past, but that the two that became extinct just a few thousand years ago were giants among rodents, both weighing more than two pounds. Their abrupt disappearance just a few thousand years ago leaves us to wonder if they were big enough that it might have been worthwhile to hunt and eat them."

"We have had evidence of extinct large mammals on the Philippine island of Luzon for a long time, but there has been virtually no information about fossils of smaller-sized mammals. The reason is probably that research had focused on open-air sites where the large fossil mammal faunas were known to have been preserved, rather than the careful sieving of cave deposits that preserve a broader size-range of vertebrates including the teeth and bones of rodents," says Janine Ochoa, an assistant professor of archaeology at the University of the Philippines - Diliman and the study's lead author.

At the outset of the study, Ochoa was examining the fossil assemblages from caves in the Callao limestone formation, where a couple of years ago, scientists discovered the remains of an ancient species of humans, Homo luzonensis. "We were looking at the fossil assemblages associated with that hominin, and we found teeth and fragments of bone that ended up belonging to these new species of cloud rats," says Ochoa. 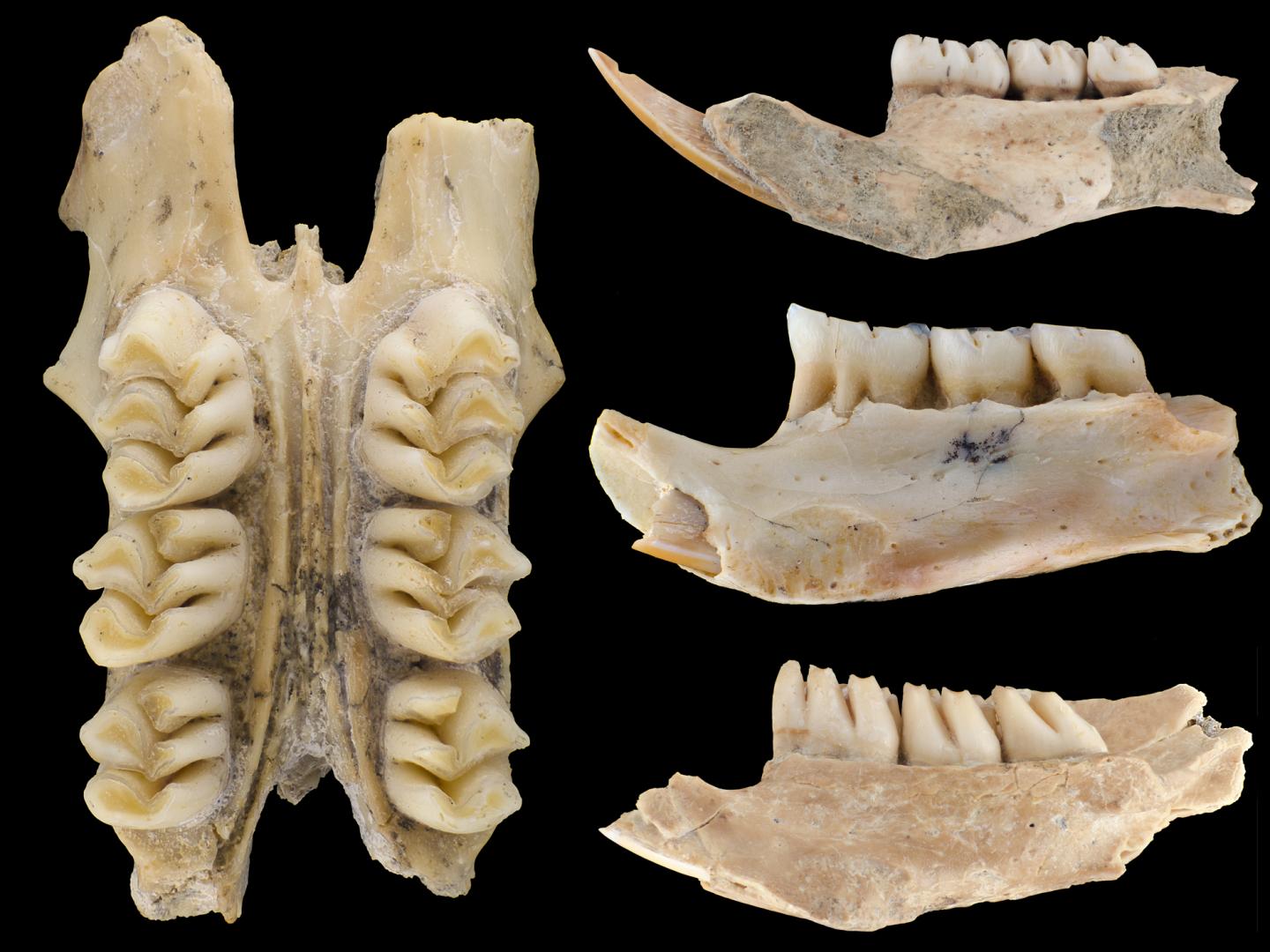 Photograph of some of the cloud rat fossils.
Lauren Nassef, Field Museum

The fossil fragments discovered by the excavation team in Callao Cave aren't the only traces of the cloud rats, though—they were able to add to them some other fossils in the collections of the National Museum of the Philippines. "Some of these fossils were actually excavated decades ago, in the 1970s and 1980s, and they were in the museum, waiting for someone to have time to do a detailed study. When we began to analyze the fossil material, we were expecting fossil records for known living species. To our surprise, we found that we were dealing with not just one but three buot, or giant cloud rat species that were previously unknown," said Marian Reyes, a zooarcheologist at the National Museum of the Philippines, one of the study's authors.

The researchers didn't have a ton of material to work with, though—just 50 or so fragments. "Normally, when we're looking at fossil assemblages, we're dealing with thousands and thousands of fragments before you find something rare and really nice," says Ochoa. "It's crazy that in these 50 fragments, we found three new species that haven't been recorded before."

The fragments that the researchers found were mostly teeth, which are covered in a hard enamel substance that makes them hardier than bone. From just a few dozen teeth and bits of bone, though, the researchers were able to put together a picture of what these animals were like in life, thanks to, in Heaney's words, "days and days and days staring through a microscope"

By comparing the fossils to the 18 living species of giant cloud rats, the researchers have a decent idea of what these three new fossil species would have looked like. 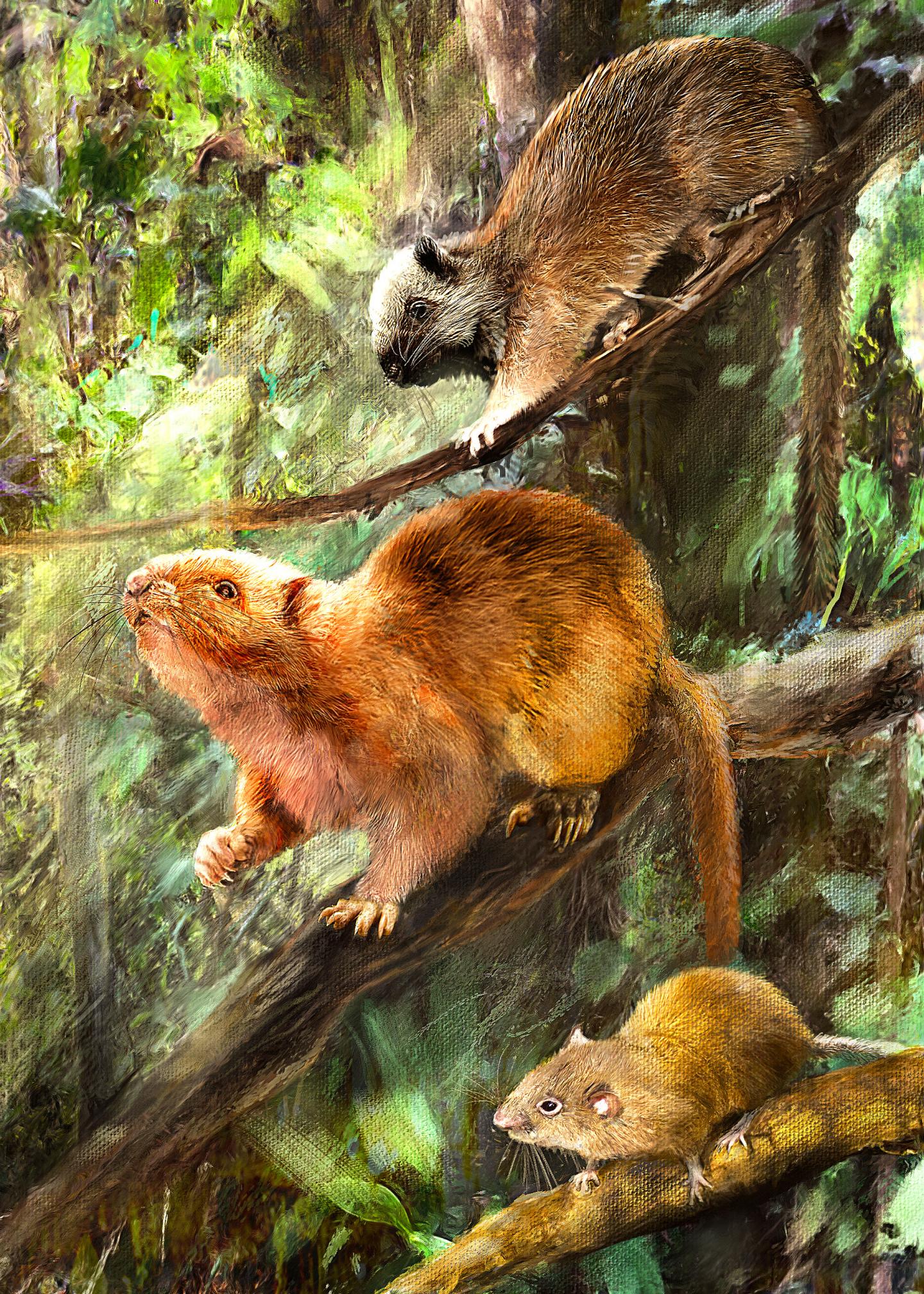 "The bigger ones would have looked almost like a woodchuck with a squirrel tail," says Heaney. "Cloud rats eat plants, and they've got great big pot bellies that allow them to ferment the plants that they eat, kind of like cows. They have big fluffy or furry tails. They're really quite cute."

The newly recorded fossil species came from Callao Cave, where Homo luzonensis was discovered in 2019, and several adjacent smaller caves in Penablanca, Cagayan Province. Some specimens of all three of the new fossil rodents occurred in the same deep layer in the cave where Homo luzonensis was found, which has been dated at about 67,000 years ago. One of the new fossil rodents is known from only two specimens from that ancient layer, but the other two are represented by specimens from that early date all the way up to about 2000 years ago or later, which means that they were resilient and persistent for at least 60,000 years. "Our records demonstrate that these giant rodents were able to survive the profound climatic changes from the Ice Age to current humid tropics that have impacted the earth over tens of millennia. The question is what might have caused their final extinction?," adds Philip Piper, a coauthor based at the Australian National University.

Two of these giant rodents apparently disappeared about two thousand years ago, or soon after. "That seems significant, because that is roughly the same time that pottery and Neolithic stone tools first appear in the archeological record, and when dogs, domestic pigs, and probably monkeys were introduced to the Philippines, probably from Borneo. While we can't say for certain based on our current information, this implies that humans likely played some role in their extinction," says Armand Mijares, professor in the Archaeological Studies Program at the University of the Philippines - Diliman, who headed the excavations of Callao Cave.

"Our discoveries suggest that future studies that look specifically for fossils of small mammals may be very productive, and may tell us a great deal about how environmental changes and human activities have impacted the really exceptionally distinctive biodiversity of the Philippines," according to Ochoa. And such studies may also tell us a lot specifically about the impact of human activities, perhaps specifically including over-hunting, on biodiversity, notes Heaney. "This is something we need to understand if we are going to be effective in preventing extinction in the future."

- This press release was supplied by the Field Museum. It has been edited for style