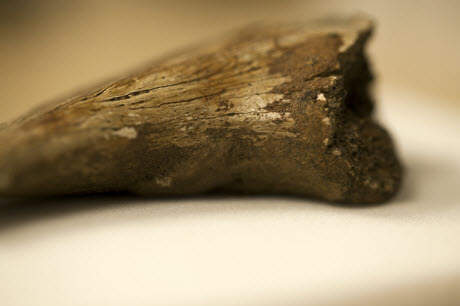 For one thing, finding mosquitoes that had drunk the blood of dinosaurs and then been preserved in amber for hundreds of millions of years is incredibly unlikely. But there’s another more important reason: organic molecules such as proteins and DNA degrade fast after a creature’s death. They are almost never found preserved in bones older than a few thousand years. This has been the dogma for many years.

The idea of molecular-level preservation within fossils has always been controversial. No DNA has ever been extracted, for example, from a dinosaur bone precisely because this complex molecule degrades away over relatively short periods of geological time.

But other kinds of molecular and cellular preservation have been reported in fossils, including blood cells, skin cells and the original cellular components of feathers and muscles. The preservation of these kinds of cells and molecules has always been assumed to be extremely rare, only likely at sites of exceptional preservation.

In the case of dinosaur feathers and skin cellular preservation, sites like the Jehol Biota fossil deposit of western China (where rocks are around 120m years old), have proved important because animals are preserved in incredible detail in a fine-grained laminated sediment.

A new study by Sergio Bertazzo and colleagues, most based at Imperial College in London, looks set to change this perception. It suggests preservation of organic remains might be much more common that has always been assumed.

Bertazzo’s team studied a series of Canadian dinosaur bones, all about 80m years old, using state-of-the-art analytical techniques to examine the surfaces and internal composition of the fossils at very small scales. Intriguingly, not all of the team’s dinosaur bones were exceptionally preserved. They were just ordinary chunks of bone, the kind very often collected by palaeontologists from Mesozoic-era (the period when dinosaurs lived) sites around the world.

The researchers analysed the fossils at the nanoscale, using an electron microscope to reveal details smaller than can be seen with light, and a mass spectrometer to analyse their chemical composition. The study identified clear structures in the fossils that were consistent with the preservation of original bone collagen, the protein component of all vertebrate bones.

3D reconstruction of one of the fossils 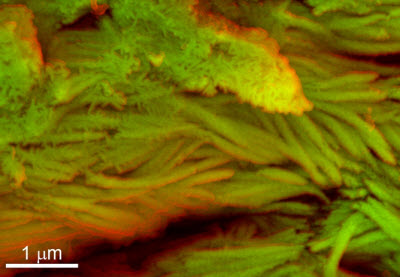 Cell structures seen in Canadian dinosaur bones.Image credit: Sergio BertazzoThe structures seen in the Canadian bones might not be pretty, but this is a hugely important piece of work that changes our perception of how and why soft tissue are preserved in fossil bones.

Unfortunately, it doesn’t make a Jurassic Park-style theme park any more feasible because the DNA in the cells had still degraded. But at least we have more information about cell shapes and the preservation of proteins that make up bones.

The potential to identify cellular structures and their organic components also means further studies on extinct animals, long thought largely impossible, might indeed be doable using the techniques highlighted in this paper if more cells are found.

One clear area that could use these results would be the hugely debated field of dinosaur physiology. Were dinosaurs really warm-blooded with a faster metabolism like living birds, or were they more reptilian in their biology?

We might not (yet) be able to bring dinosaurs back to life, but we are moving towards understanding much more about their fossil preservation and biology than ever thought possible.

This article was originally published on The Conversation. Read the original article.