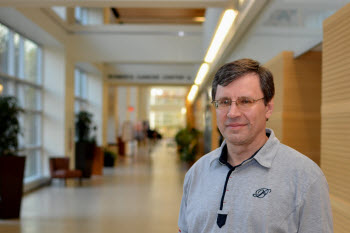 FACT, a highly sought target of cancer drugs, is involved in many cellular processes including gene regulation and cancer development, but the mechanism of its action remained a mystery. Vasily Studitsky, PhD, coleader of the Cancer Epigenetics Program at Fox Chase, led a team that discovered a new way for FACT to unspool DNA from the proteins (histones) that normally provide DNA packaging in the small volume of cell nuclei, exposing previously unreachable portions of DNA to interact with other regulatory proteins. Notably, when FACT was removed, the DNA reverted to its natural state with no after-effects.

“This is a breakthrough for basic cancer biology, which opens the door for further research and the development of a new generation of cancer drugs,” Studitsky said.