Combining in-store promotion with nutrition labels on the front of food packaging can be a successful method for driving shoppers to make healthier choices, according to a panel discussion during a symposium at the Institute of Food Technologists (IFT) 2012 Annual Meeting & Food Expo.

LAS VEGAS – Combining in-store promotion with nutrition labels on the front of food packaging can be a successful method for driving shoppers to make healthier choices, according to a panel discussion during a symposium at the Institute of Food Technologists (IFT) 2012 Annual Meeting & Food Expo.

Front-of-package labels generally provide a recognizable symbol indicating a product meets certain criteria, such as the American Heart Association’s (AHA) Heart Check mark for foods meeting heart-healthy guidelines. They also can be a box on the front of a package that lists some of the key nutritional information, such as calories, saturated fat, sodium and sugars.

Dennis Milne, MS, director of business relations at the AHA, presented research showing that when a tag was put on the grocery store shelf showing that a product had the Heart Check mark, sales of those products increased 1.5 percent to 6.7 percent, depending on the group of shoppers. The sales increase was highest in the group considered “struggling dieters”—those who have a high interest in nutrition but tend to struggle with weight loss and their ability to eat healthy--while it was lowest in those who already follow a strict heart-healthy diet.

“Consumers aren’t necessarily looking for the Heart Check mark, but it does influence them when they see it,” Milne said. Mary Christ-Erwin, director of the food and nutrition practice at Porter Novelli, noted that consumer behaviors in the grocery store are driven by many factors, including strong preferences for the same foods.

“It is hard to get something new in that grocery cart,” she said. “People don’t change their eating habits that much. We go where the comfort is, what we like to eat, what works for our families. We don’t want to spend the energy figuring out new patterns.”

Front-of-package labels can play a role in breaking through these patterns because of their ease of use, she said. She pointed to a 2010 study by the International Food Information Council (IFIC) Foundation that found when relevant information appeared on the front of the package, consumers were more able to accurately find and state nutritional content.

“The front-of-package label worked. They liked seeing all the information right on the front,” Christ-Erwin said. “People weren’t confused.”

Front-of-package labels were the focus of an October 2011 report by the Institute of Medicine calling for a simplified, uniform label that would rate foods on the amount of added sugars, sodium and saturated or trans fats. The FDA is reviewing the report, and the panelists stressed that many factors would have to be considered before there could be a uniform system for all foods. 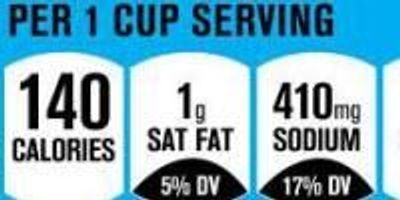 Not All 'Front-of-Package' Nutrition Information Produces the Same Effect

Not All 'Front-of-Package' Nutrition Information Produces the Same Effect 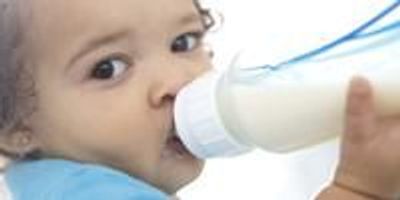