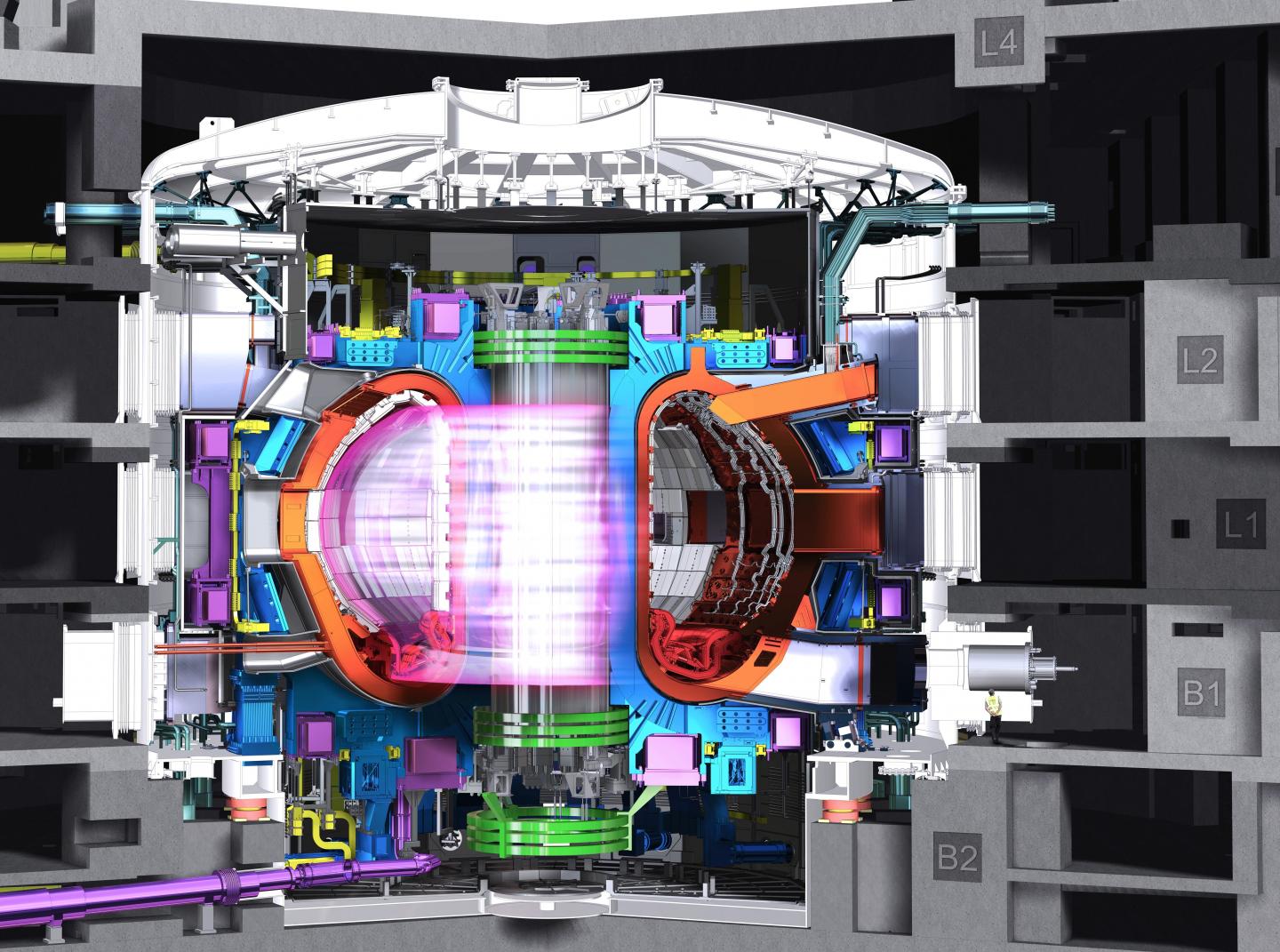 This is an illustration of a tokamak with plasma.ITER Organization

Researchers at Durham University and Culham Centre for Fusion Energy in Oxfordshire, have re-examined the economics of fusion, taking account of recent advances in superconductor technology for the first time. Their analysis of building, running and decommissioning a fusion power station shows the financial feasibility of fusion energy in comparison to traditional fission nuclear power.

The research, published in the journal Fusion Engineering and Design, builds on earlier findings that a fusion power plant could generate electricity at a similar price to a fission plant and identifies new advantages in using the new superconductor technology.

Professor Damian Hampshire, of the Centre for Material Physics at Durham University, who led the study, said: "Obviously we have had to make assumptions, but what we can say is that our predictions suggest that fusion won't be vastly more expensive than fission."

Such findings support the possibility that, within a generation or two, fusion reactors could offer an almost unlimited supply of energy without contributing to global warming or producing hazardous products on a significant scale.

Fusion reactors generate electricity by heating plasma to around 100 million degrees centigrade so that hydrogen atoms fuse together, releasing energy. This differs from fission reactors which work by splitting atoms at much lower temperatures.

The advantage of fusion reactors over current fission reactors is that they create almost no radioactive waste. Fusion reactors are safer as there is no high level radioactive material to potentially leak into the environment which means disasters like Chernobyl or Fukushima are impossible because plasma simply fizzles out if it escapes.

Fusion energy is also politically safer because a reactor would not produce weapons-grade products that proliferate nuclear arms. It is fuelled by deuterium, or heavy water, which is extracted from seawater, and tritium, which is created within the reactor, so there is no problem with security of supply either.

A test fusion reactor, the International Thermonuclear Experimental Reactor, is about 10 years away from operation in the South of France. Its aim is to prove the scientific and technological feasibility of fusion energy.

Professor Hampshire said he hoped that the analysis would help persuade policy-makers and the private sector to invest more heavily in fusion energy.

"Fission, fusion or fossil fuels are the only practical options for reliable large-scale base-load energy sources. Calculating the cost of a fusion reactor is complex, given the variations in the cost of raw materials and exchange rates. However, this work is a big step in the right direction" he said.

"We have known about the possibility of fusion reactors for many years but many people did not believe that they would ever be built because of the technological challenges that have had to be overcome and the uncertain costs."

"While there are still some technological challenges to overcome we have produced a strong argument, supported by the best available data, that fusion power stations could soon be economically viable. We hope this kick-starts investment to overcome the remaining technological challenges and speeds up the planning process for the possibility of a fusion-powered world."

The report, which was commissioned by Research Council UK's Energy Programme focuses on recent advances in high temperature superconductors. These materials could be used to construct the powerful magnets that keep the hot plasma in position inside the containing vessel, known as a tokamak, at the heart of a fusion reactor.

This advancing technology means that the superconducting magnets could be built in sections rather than in one piece. This would mean that maintenance, which is expensive in a radioactive environment, would be much cheaper because individual sections of the magnet could be withdrawn for repair or replacement, rather than the whole device.