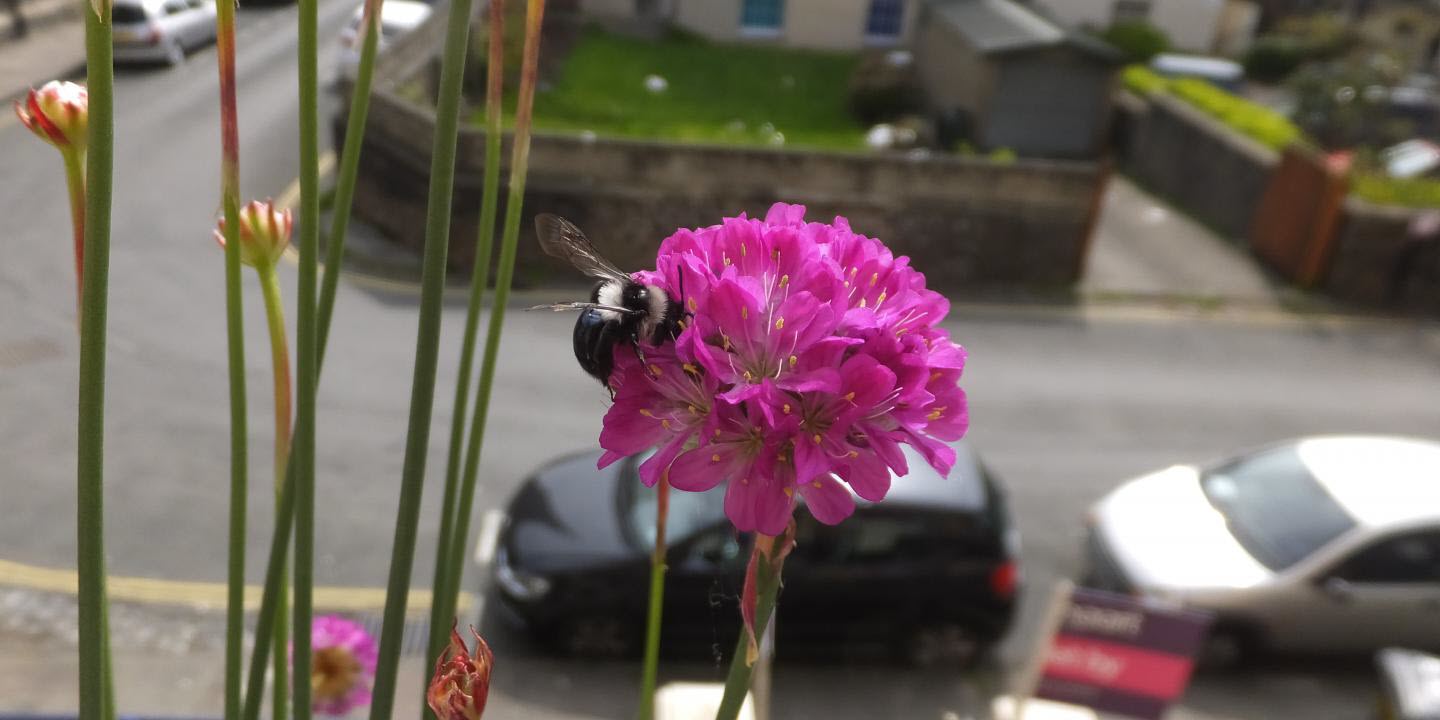 Even balconies and window boxes in densely urban regions can provide food for pollinators.
Nicholas Tew

Home gardens are by far the biggest source of food for pollinating insects, including bees and wasps, in cities and towns, according to new research.

The study, led by the University of Bristol and recently published in the Journal of Ecology, measured for the first time how much nectar is produced in urban areas and discovered residential gardens accounted for the vast majority—some 85 percent on average.

Results showed three gardens generated daily on average around a teaspoon of Nature's ambrosia, the unique sugar-rich liquid found in flowers which pollinators drink for energy. While a teaspoon may not sound much to humans, it's the equivalent to more than a ton to an adult human and enough to fuel thousands of flying bees. The more bees and fellow pollinators can fly, the greater diversity of flora and fauna will be maintained.

Ecologist Nicholas Tew, lead author of the study, said: "Although the quantity and diversity of nectar has been measured in the countryside, this wasn't the case in urban areas, so we decided to investigate.

We expected private gardens in towns and cities to be a plentiful source of nectar, but didn't anticipate the scale of production would be to such an overwhelming extent. Our findings highlight the pivotal role they play in supporting pollinators and promoting biodiversity in urban areas across the country."

The research, carried out in partnership with the universities of Edinburgh and Reading and the Royal Horticultural Society, examined the nectar production in four major UK towns and cities: Bristol, Edinburgh, Leeds, and Reading. Nectar production was measured in nearly 200 species of plant by extracting nectar from more than 3,000 individual flowers. The extraction process involves using a fine glass tube. The sugar concentration of the nectar was quantified with a refractometer, a device which measures how much light refracts when passing through a solution.

"We found the nectar supply in urban landscapes is more diverse, in other words comes from more plant species, than in farmland and nature reserves, and this urban nectar supply is critically underpinned by private gardens," said Tew, who is studying for a PhD in ecology. 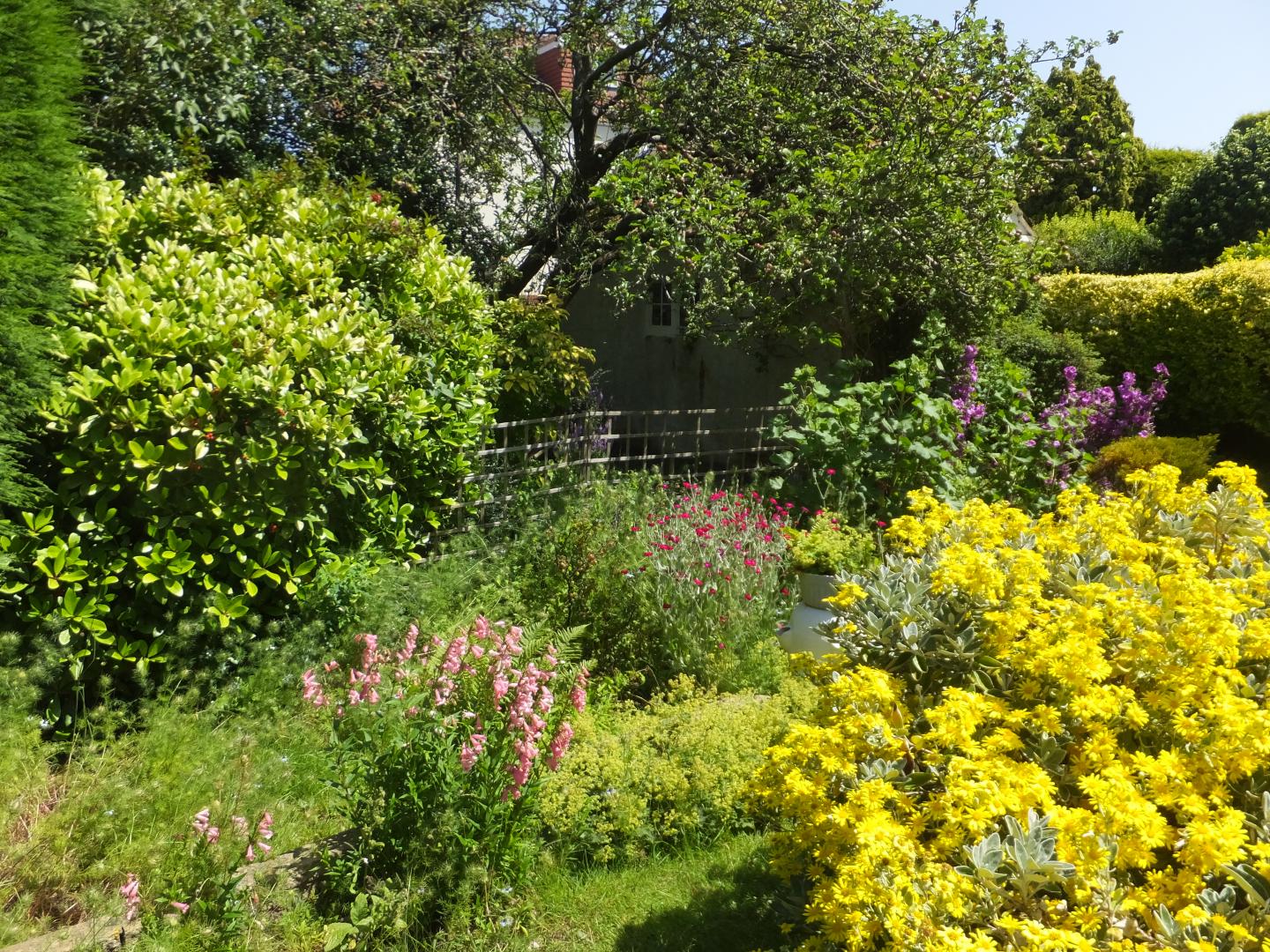 Residential gardens underpin the urban nectar supply, and many can be extremely rich in flowering plants.
Nicholas Tew

"Gardens are so important because they produce the most nectar per unit area of land and they cover the largest area of land in the cities we studied."

"The research illustrates the huge role gardeners play in pollinator conservation, as without gardens there would be far less food for pollinators, which include bees, wasps, butterflies, moths, flies, and beetles in towns and cities. It is vital that new housing developments include gardens and also important for gardeners to try to make sure their gardens are as good as possible for pollinators," Tew explained.

Ways to do this include planting nectar-rich flowers, ensuring there is always something in flower from early spring to late autumn; mowing the lawn less often to let dandelions, clovers, daisies, and other plant flowers flourish; avoiding spraying pesticides which can harm pollinators; and avoiding covering garden in paving, decking, or artificial turf."

Dr. Stephanie Bird, an entomologist at the Royal Horticultural Society, which helped fund the research, said: "This research highlights the importance of gardens in supporting our pollinating insects and how gardeners can have a positive impact through their planting decisions. Gardens should not be seen in isolation—instead they are a network of resources offering valuable habitats and provisions when maintained with pollinators in mind."