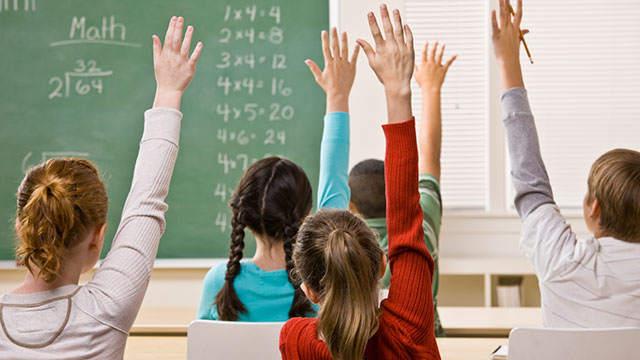 The study, published in AERA Open, a peer-reviewed journal of the American Educational Research Association, also shows that teachers give lower ratings to girls’ math skills when girls and boys have similar achievement and behavior. In addition, using two national datasets gathered more than a decade apart, this study finds that teachers’ lower ratings of girls are likely contributing to the growth in the gender gap in math.

“Despite changes in the educational landscape, our findings suggest that the gender gaps observed among children who entered kindergarten in 2010 are strikingly similar to what we saw in children who entered kindergarten in 1998,” said Joseph Robinson Cimpian, associate professor of economics and education policy at NYU Steinhardt and the study’s lead author.

The Early Childhood Longitudinal Study is a national, federally funded project that tracks children’s developmental and educational outcomes over time. Data from the study’s kindergarten class of 1998-1999 showed that U.S. boys and girls began kindergarten with similar math proficiency, but disparities developed by grade 3 with girls falling behind. The gap was particularly large among the highest math achievers.

“The gender gap at the top of the math achievement distribution deserves special attention, as this is where future mathematicians, computer scientists, and other STEM professionals tend to reside—professions in which women remain underrepresented,” Cimpian said.

Research also revealed disparities in teacher perceptions of students, with teachers rating the math skills of girls lower than those of similarly behaving and performing boys. Public perceptions—particularly those of teachers—are important for students, as they can act as self-fulfilling prophecies.

The researchers explored the early development of gender gaps in math, including when disparities first appear, where in the distribution such gaps develop, and whether the gaps have changed over the years. In addition to math achievement, they examined two potential contributors to gender gaps: students’ learning behaviors and teacher expectations.

Overall, the researchers found remarkable consistency across both cohorts. They observed that the gender gap at the top of the distribution (among the highest achievers in math) develops before students enter kindergarten, worsens through elementary school, and has not improved over the last decade. In both the 1998-1999 and 2010-2011 datasets, girls represented less than one-third of students above the 99th percentile as early as the spring of kindergarten. As girls grew, so did the gap, with girls making up only one-fifth of those above the 99th percentile by grade 3 in the older cohort and grade 2 in the newer cohort.

When boys and girls behaved and academically performed similarly, teachers in both cohorts underrated the math skills of girls as early as grade 1. This suggests that teachers must perceive girls as working harder than similarly achieving boys in order to rate them as equally proficient in math.

Finally, the researchers examined gendered patterns of learning behaviors to try and explain why boys are more likely to score as high math achievers. They found that girls’ more studious approaches to learning pay off by boosting them at the bottom of the achievement distribution, but do not help the persistent gap at the top as much.

“This study was motivated in part by a curiosity of whether the gender gap might have reduced since the beginning of No Child Left Behind, given that states were required to report assessment results by gender. Despite policy changes, and despite recent evidence that gender gaps have closed on state math tests, our analyses found that math gender gaps did not close during this time of increased accountability,” Cimpian said.

“And, while more research is needed to better understand the link between teacher expectations and gender gaps, this study replicates an earlier study of ours suggesting that the widening of the gender gap is partially due to the lower expectations that teachers hold of girls in math.”

In addition to Cimpian, study authors include Sarah T. Lubienski, Jennifer D. Timmer, and Martha B. Makowski of the University of Illinois at Urbana-Champaign, and Emily K. Miller of West Chester University.  The study was funded by the Institute of Education Sciences, U.S. Department of Education (R305B100017), and by a Spencer Foundation/National Academy of Education Postdoctoral Fellowship.