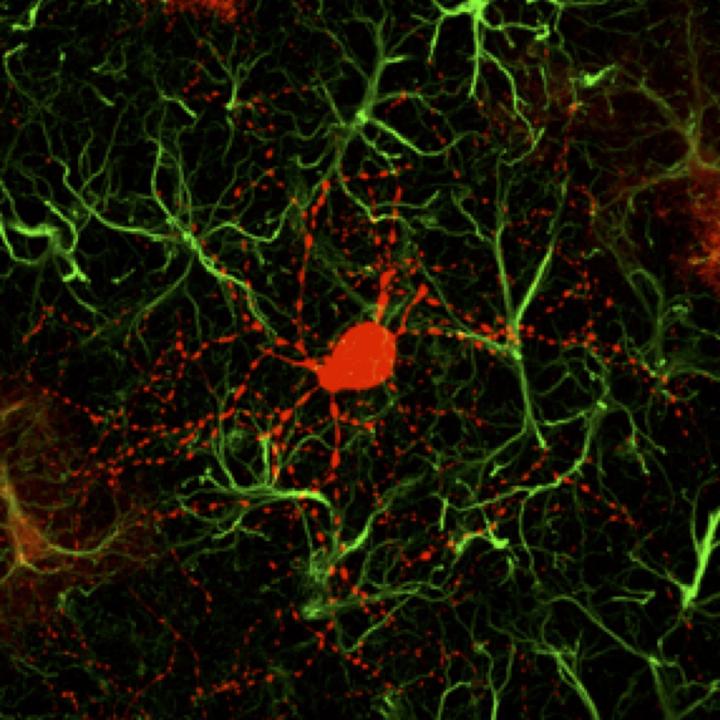 Huntington's disease (HD) is a rare disease characterized by abnormal chorea movement and caused by Huntingtin (Htt) gene mutation and neurodegeneration in a brain area called striatum. A research group led by Dr. Gong Chen, a former professor at Penn State University and now leading a brain repair center at Jinan University in China, has developed a novel gene therapy to regenerate functional new neurons in mouse models of HD. The work has been published in Nature Communications on February 27, 2020.

"We are developing a series of NeuroD1-based gene therapies to reprogram brain internal glial cells directly into functional new neurons to treat a variety of brain disorders including Huntington's Disease, Alzheimer's disease, stroke, ALS, and many more," said Chen. "Because every single neuron in our brain is surrounded by supporting glial cells, such direct glia-to-neuron conversion technology offers great advantages over stem cell transplantation therapy in terms of high efficiency of neuroregeneration and no worries about immunorejection."

Chen's team has previously found that NeuroD1-generated neurons are mainly glutamatergic neurons, which account for more than 80 percent of the total neurons in the human brain and are the major driving force of brain activity. However, HD is caused by degeneration of GABAergic neurons, which is a type of inhibitory neurons that account for more than 90 percent of the neurons in the striatum region. In order to generate GABAergic neurons, we combined NeuroD1 together with another transcription factor Dlx2, which is known to generate GABAergic neurons during early brain development, and successfully converted striatal astrocytes into GABAergic neurons in HD mice," said the first author of this article Dr. Zheng Wu. Importantly, here we used the adeno-associated virus (AAV) vectors, which have been approved by FDA as a common gene therapy vector in many clinical trials, to develop a novel gene therapy for the treatment of HD," Wu emphasized on the AAV gene therapy approach.

Related Article: Study Gives Clues to the Origin of Huntington's Disease, and a New Way to Find Drugs

In this HD mouse study, Chen and colleagues reported that 80 percent of the AAV-infected striatal astrocytes were directly converted into GABAergic neurons and the remaining astrocytes can proliferate to replenish themselves. Essentially all of the newly generated neurons are electrophysiologically functional, forming synaptic connections with other neurons. They further demonstrated that the newly generated neurons can project their axons to the right target areas, suggesting that they have integrated into global brain circuits.

"The most exciting findings of this HD study are the significant motor functional recovery and remarkable extension of life span among the gene therapy-treated HD mice," Chen said.

"Our regenerative gene therapy approach is different from conventional gene therapy that typically aims at the mutant genes by either correcting the gene mutations or reducing the mutant gene product, such as reducing mHtt aggregates in HD patients," Chen added. "Obviously, reducing mHtt aggregates at early stage might slowdown the disease progression but it cannot regenerate new neurons for the late stage patients. An ideal approach may be to combine our neuroregenerative approach together with gene correction technology to generate healthy new neurons in future studies."