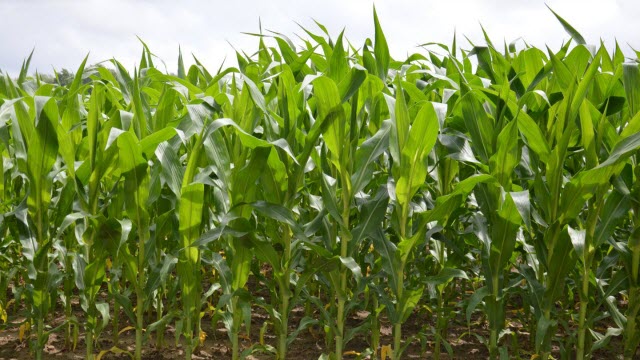 Rutgers scientists have found an efficient way to enhance the nutritional value of corn—the world's largest commodity crop—by inserting a bacterial gene that causes it to produce a key nutrient called methionine, according to a new study.

The Rutgers University-New Brunswick discovery could benefit millions of people in developing countries, such as in South America and Africa, who depend on corn as a staple. It could also significantly reduce worldwide animal feed costs.

"We improved the nutritional value of corn, the largest commodity crop grown on Earth," said Thomas Leustek, study co-author and professor in the Department of Plant Biology in the School of Environmental and Biological Sciences. "Most corn is used for animal feed, but it lacks methionine—a key amino acid—and we found an effective way to add it."

Related Article: ‘Orphan Gene’ May Have Potential to Boost Protein Value of Crops, According to Research

The study, led by Jose Planta, a doctoral student at the Waksman Institute of Microbiology, was published online Oct. 9 in the Proceedings of the National Academy of Sciences.

Methionine, found in meat, is one of the nine essential amino acids that humans get from food, according to the National Center for Biotechnology Information. It is needed for growth and tissue repair, improves the tone and flexibility of skin and hair, and strengthens nails. The sulfur in methionine protects cells from pollutants, slows cell aging, and is essential for absorbing selenium and zinc.

Every year, synthetic methionine worth several billion dollars is added to field corn seed, which lacks the substance in nature, said study senior author Joachim Messing, a professor who directs the Waksman Institute of Microbiology. The other co-author is Xiaoli Xiang of the Rutgers Department of Plant Biology and Sichuan Academy of Agricultural Sciences in China.

"It is a costly, energy-consuming process," said Messing, whose lab collaborated with Leustek's lab for this study. "Methionine is added because animals won't grow without it. In many developing countries where corn is a staple, methionine is also important for people, especially children. It's vital nutrition, like a vitamin."

Chicken feed is usually prepared as a corn-soybean mixture, and methionine is the sole essential sulfur-containing amino acid that's missing, the study says.

The Rutgers scientists inserted an E. coli bacterial gene into the corn plant's genome and grew several generations of corn. The E. coli enzyme—3'-phosphoadenosine-5'-phosphosulfate reductase (EcPAPR)—spurred methionine production in just the plant's leaves instead of the entire plant to avoid the accumulation of toxic byproducts, Leustek said. As a result, methionine in corn kernels increased by 57 percent, the study says.

Then the scientists conducted a chicken feeding trial at Rutgers and showed that the genetically engineered corn was nutritious for them, Messing said.

"To our surprise, one important outcome was that corn plant growth was not affected," he said.

In the developed world, including the U.S., meat proteins generally have lots of methionine, Leustek said. But in the developing world, subsistence farmers grow corn for their family's consumption.

"Our study shows that they wouldn't have to purchase methionine supplements or expensive foods that have higher methionine," he said.