Two potential ways of stamping out serious disease by manipulating the genomes of human embryos are under intense public debate: mitochondrial replacement therapy and germline genome editing. The UK has already approved the former. Its process could guide the U.S. as it considers allowing either or both of the techniques. 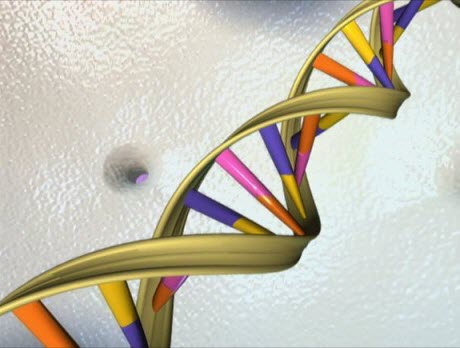 Rapidly advancing technologies allow for editing genetic material in embryos. But will the U.S. allow that?Image credit: National Human Genome Research InstitutePROVIDENCE, R.I. [Brown University] —This winter has provided several dramatic developments in the ongoing debate about whether altering the “germline”–that is, the genome of a new embryo–should be allowed. Employing the technique could permanently alter not just an individual, but also that person’s future genetic lineage. In a new research essay in the journal Cell, a duo of medical and legal experts from Brown and Harvard Universities argues that if the U.S. decides to consider the practice, it has a well-drawn regulatory roadmap to follow, courtesy of the United Kingdom.

A year ago, the UK approved a medical treatment called mitochondrial replacement (MR) therapy. The mitochondria are parts within each cell that have their own small genome–distinct from that in the nucleus. Sometimes errant mitochondrial genes can cause serious health diseases. MR therapy proposes to take an egg cell from a woman donor with healthy mitochondrial genes and to swap in the nucleus of an affected mother-to-be. Once fertilized in the lab with the father’s sperm, the resulting embryo would have the donor’s healthful mitochondria, and the needed mix of mom and dad’s nuclear DNA.

In the Cell essay, Dr. Eli Adashi, former dean of medicine and biological sciences at Brown and Glenn Cohen, professor of law at Harvard, argue that germline editing–in which scientists would alter the nuclear genome of an embryo–and MR therapy are similar enough that the principles the UK used to consider and approve MR therapy give the U.S. a ready-made framework for evaluating germline editing.

“Both must contend with breaching the germline barrier,” Adashi and Cohen wrote. “Both entail the manipulation of a human embryo. Both must address significant safety concerns. Both must engage a skeptical public. Both must face up to the first-in-human imponderable. Both must grapple with ethical concerns. Both must stamp out unease with technology running unchecked. And both must assuage fears of an altered natural order known to man for millennia.”

“It follows that key insights derived from the MR experience may well prove applicable and potentially helpful to deliberating the genome editing challenge.”

The essay appears amid rapid-fire bouts of news, some supportive and some discouraging, from the debates swirling around MR therapy and germline editing.

Earlier this month, the U.S. National Academies issued a report advising the U.S. government to follow the UK’s lead–for the most part–on MR therapy. A key difference, though, was approving only the transfer of male embryos, because men don’t pass on mitochondrial DNA to their offspring.

A few days before that, the UK approved editing the genomes of human embryos–those produced but not used for in vitro fertilization–for research purposes. In this case, however, the experimental embryos would be destroyed at the conclusion of the study, again preventing genetic changes from appearing in an individual or being handed down through generations.

If the U.S. government is going to consider therapeutic MR or germline editing like the U.K., Adashi said, it won’t actually be able to approve any of the needed preclinical research, because of provisions tucked into to a spending law passed in December 2015. The act prohibits the Food and Drug Administration from using any appropriated monies to accept or approve any project “in which a human embryo is intentionally created or modified to include a heritable genetic modification.”

That law passed within two weeks of a major summit on genome editing that brought numerous prominent scientists together in Washington DC to debate the future of the technology.

What the UK did right

In Cell, Adashi and Cohen praise how the UK grappled with five prevailing concerns during the decade-long process that led to approving MR therapy: “the presence of a compelling medical rationale, the safety and efficacy of the preclinical science, the rigor of the ethical framework, the scope of the public engagement, and the soundness of the regulatory constructs.”

These same principles could guide assessments of germline editing, they wrote.

“Applying the principles relied upon on in the regulatory evaluation of MR will go a long way towards assuring that the prospect of therapeutic genome editing in the human is the subject of a thorough, inclusive, ethical, safety-minded, and confidence-inspiring process,” Adashi and Cohen wrote.