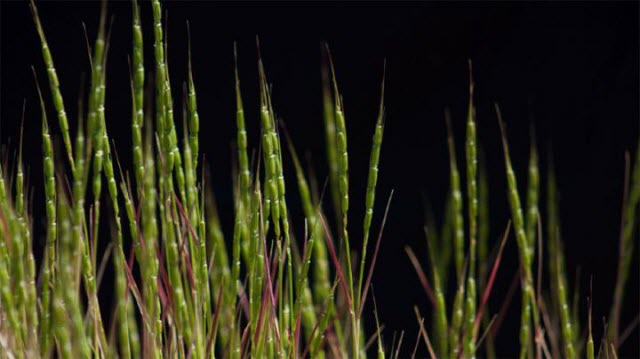 Sequencing the bread wheat genome has long been considered an almost insurmountable task, due to its enormous size and complexity. Yet it is vitally important for the global food supply, providing more than 20 percent of the calories and 23 percent of the protein consumed by humans.

Now, an international team of scientists led by researchers at the University of California, Davis, has come a step closer to solving the puzzle by sequencing the genome of a wild ancestor of bread wheat known as Aegilops tauschii, a type of goatgrass.

In the study, published Nov. 15 in the journal Nature, researchers applied a combination of advanced technologies to generate a reference-quality genome sequence for Ae. tauschii, which is highly adaptable and tolerant of diseases. It is also the primary source of genes for the bread-making properties of wheat flour.

The findings will allow researchers to discover new genes that can improve wheat baking quality, resistance to diseases, and tolerance to extreme environmental conditions like frost, drought, and salinity.

The effort has already had one practical result: the discovery of two new genes for resistance to a race of wheat stem rust to which there is virtually no resistance in wheat. The genes were transferred from Ae. tauschii into wheat and are now available to wheat breeders.

Piecing together the puzzle

Wheat and its wild ancestors have genomes much larger than humans, which makes sequencing difficult.

"When we started this project nearly two decades ago, there was no technology to sequence genomes of that size and complexity," said Jan Dvorak, a leader of the project and professor in the Department of Plant Sciences at UC Davis. "This group of plants are unique because their genomes are just absolutely full of repeated sequences. We found more than 84 percent of the Ae. tauschii genome consists of closely related repeated sequences."

Dvorak describes the project as like tearing up pages of a thick book and trying to piece it back together. "Only imagine that every sentence on the page is nearly identical. That was our task," said Dvorak.

The technologies used by the researchers can be applied to any plant genome, so the implications extend beyond wheat.