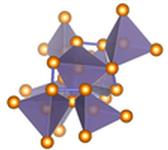 This is an illustration of ST12-germanium's complex tetragonal structure with tetrahedral bonding, courtesy of Haidong Zhang.Image Credit: Haidong ZhangGermanium may not be a household name like silicon, its group-mate on the periodic table, but it has great potential for use in next-generation electronics and energy technology.

Of particular interest are forms of germanium that can be synthesized in the lab under extreme pressure conditions. However, one of the most-promising forms of germanium for practical applications, called ST12, has only been created in tiny sample sizes--too small to definitively confirm its properties.

"Attempts to experimentally or theoretically pin down ST12-germanium's characteristics produced extremely varied results, especially in terms of its electrical conductivity," said Carnegie's Zhisheng Zhao, the first author on a new paper about this form of germanium.

The study's research team, led by Carnegie's Timothy Strobel, was able to create ST12-germanium in a large enough sample size to confirm its characteristics and useful properties. Their work is published by Nature Communications.

"This work will be of interest to a broad range of readers in the field of materials science, physics, chemistry, and engineering," explained Carnegie's Haidong Zhang, the co-leading author.

ST12-germanium has a tetragonal structure--the nameST12 means "simple tetragonal with 12 atoms."(See illustration below.) It was created by putting germanium under about 138 times normal atmospheric pressure (14 gigapascals) and then decompressing it slowly at room temperature.

Related Article: Have We Found All the Elements? (Video)

The millimeter-sized samples of ST12-germanium that the team created were large enough that they could be studied using a variety of spectroscopic techniques in order to confirm its long-debated characteristics.

"Our team was able to quantify ST12's optical band gap--where visible light energy can be absorbed by the material--as well as its electrical and thermal properties, which will help define its potential for practical applications," Strobel said. "Our findings indicate that due to the size of its band gap, ST12-germanium may be a better material for infrared detection and imaging technology than the diamond-cubic form of the element already being used for these purposes." 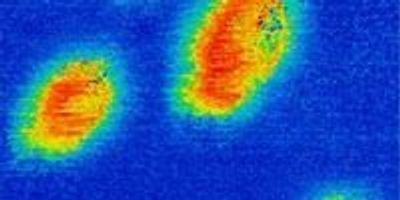 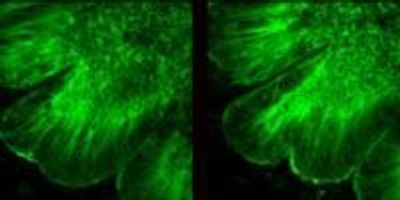 “Brain on a Chip” Reveals How the Brain Folds

“Brain on a Chip” Reveals How the Brain Folds