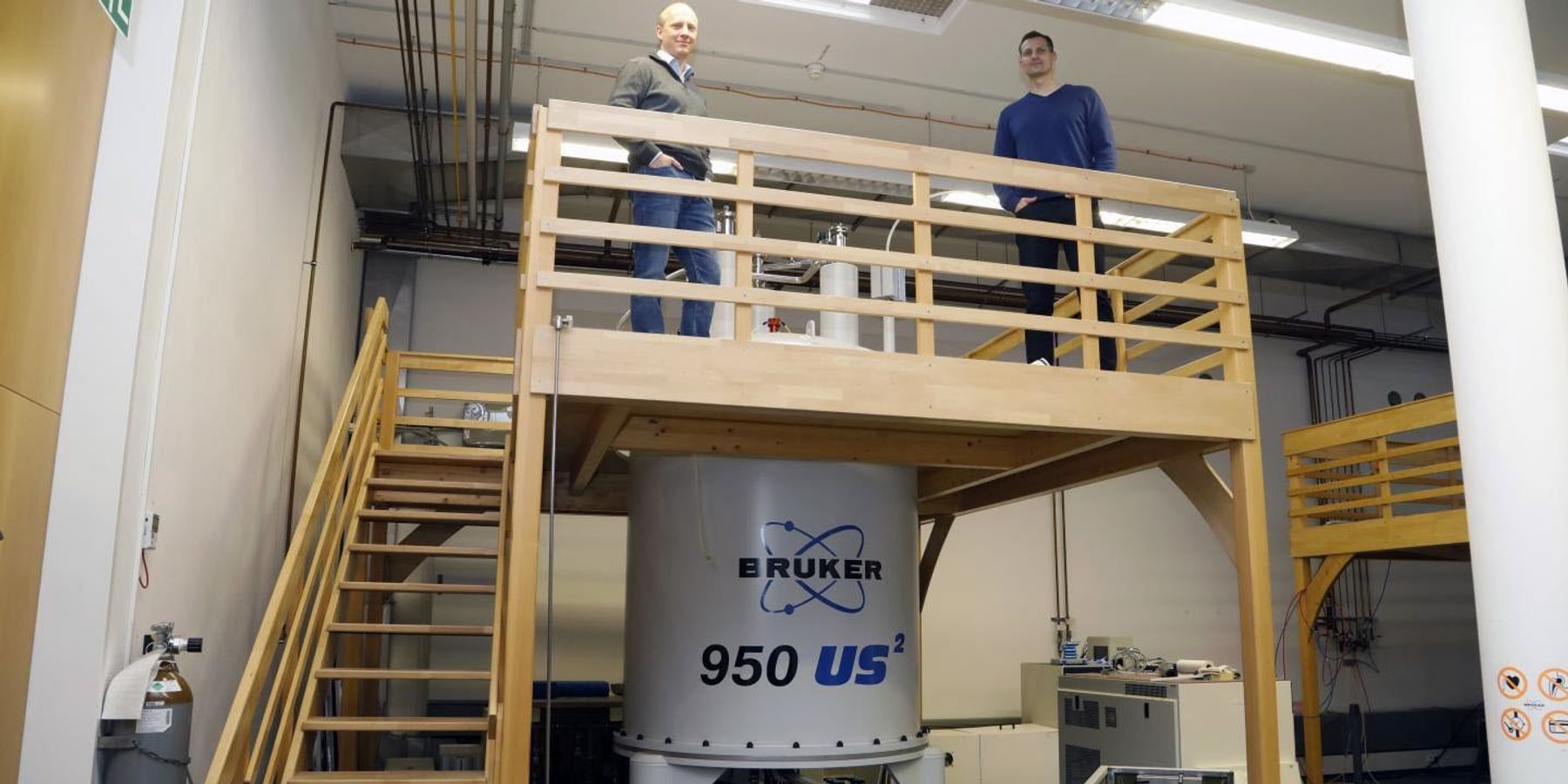 FRANKFURT, GERMANY — When the SARS-CoV-2 virus mutates, this initially only means there is a change in its genetic blueprint. The mutation may lead, for example, to an amino acid being exchanged at a particular site in a viral protein. In order to quickly assess the effect of this change, a three-dimensional image of the viral protein is extremely helpful. This is because it shows whether the switch in amino acid has consequences for the function of the protein—or for the interaction with a potential drug or antibody.

Researchers at Goethe University Frankfurt and TU Darmstadt began networking internationally from the very start of the pandemic. Their goal: to describe the three-dimensional structures of SARS-CoV-2 molecules using nuclear magnetic resonance spectroscopy (NMR). In NMR spectroscopy, molecules are first labeled with special types of atoms (isotopes) and then exposed to a strong magnetic field. NMR can then be used to look in detail and with high throughput at how potentially active compounds bind to viral proteins. This is done at the Centre for Biomolecular Magnetic Resonance (BMRZ) at Goethe University and other locations. However, the basic prerequisite is to produce large quantities of the proteins in high purity and stability, and with their correct folding, for the large amount of tests.

The network, coordinated by professor Harald Schwalbe from the Institute of Organic Chemistry and Chemical Biology at Goethe University, spans the globe. The elaboration of laboratory protocols for the production of proteins is already the second milestone. In addition to proteins, the virus consists of RNA, and the consortium already made all important RNA fragments of SARS-CoV-2 accessible last year. With the expertise of 129 colleagues, it has now been possible to produce and purify 23 of the total of almost 30 proteins of SARS-CoV-2 completely or as relevant fragments "in the test tube," and in large amounts.

For this purpose, the genetic information for these proteins was incorporated into small, ring-shaped pieces of DNA (plasmids). These plasmids were then introduced into bacteria for protein production. Some special proteins were also produced in cell-free systems. Whether these proteins were still correctly folded after their isolation and enrichment was confirmed, among other things, by NMR spectroscopy.

"We have isolated functional units of the SARS-CoV-2 proteins in such a way that their structure, function and interactions can now be characterized by ourselves and others," explains Dr. Martin Hengesbach from the Institute of Organic Chemistry and Chemical Biology at Goethe University. "In doing so, our large consortium provides working protocols that will allow laboratories around the world to work quickly and reproducibly on SARS-CoV-2 proteins and also the mutants to come. Distributing this work from the beginning was one of our most important priorities. In addition to the protocols, we are also making the plasmids freely available."

Dr. Andreas Schlundt from the Institute for Molecular Biosciences at Goethe University adds: "With our work, we are speeding up the global search for active agents: Scientific laboratories equipped for this work do not have to first spend several months establishing and optimizing systems for the production and investigation of SARS-CoV-2 proteins, but can now start their research work within two weeks thanks to our elaborated protocols. Given the numerous mutations of SARS-CoV-2 to come, it is particularly important to have access to reliable, rapid, and well-established methods for studying the virus in the laboratory. This will, for example, also facilitate research on the so-called helper proteins of SARS-CoV-2, which have remained under-investigated, but which also play a role in the occurrence of mutations."

- This press release was supplied by Goethe University Frankfurt. It has been edited for style