Sep 21, 2017|3 min readInstitute of Molecular Biotechnology of the Austrian Academy of Sciences

Glycosylation is the most abundant protein modification—over half of the proteins in our cells are ‘decorated’ with glycans. These sugar structures alter protein activities in all organisms—from bacteria to humans—influencing fundamental processes, like protein folding and transport, cell migration, cell-cell interactions, and immune responses.

However, whereas massive inroads have been made into genomics, metabolomics, or protein and lipid research, glycosylation remains largely unexplored at the proteome scale. There are limited technologies for profiling the complex glycoproteome. Glycoproteins can differ not only by the number and location of glycosites, but also by the composition and structure of each glycan. Glycoproteomics is “one of the key frontiers of life sciences,” says study leader Josef Penninger, MD, Institute of Molecular Biotechnology (IMBA) director. 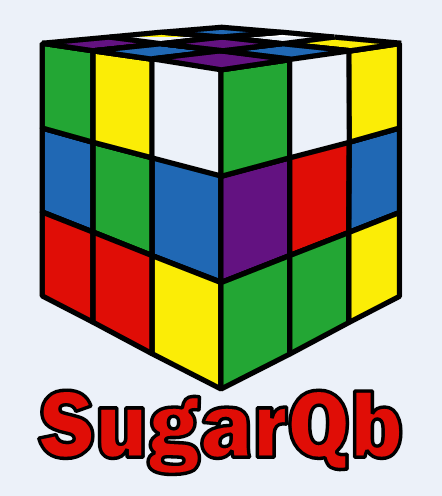 SugarQb is a platform that enables global insights into protein glycosylation and glycan modifications in biological systems.Image courtesy of Institute of Molecular Biotechnology

To overcome the technical limitations that have stymied the field, Penninger’s group developed mass-spectrometry methods and algorithms that finally enable both the comprehensive identification of complex sugar structures and their mapping to sites within the corresponding proteins. Their novel comparative glycoproteomics platform is published in the current issue of Nature. Termed SugarQb, for Sugar Quantitative Biology, their approach enables global insights into protein glycosylation and glycan modifications in biological systems. They applied this platform to two exciting proof-of-principle studies—an analysis of embryonic stem cell glycoproteomes, and the identification of glycoproteins required for ricin toxicity.

Using the novel SugarQb methodology, the authors established a first draft of the glycoproteomes of murine and human embryonic stem cells. Their results nearly doubled the number of all known glycoproteins in the entire literature. They also uncovered multiple novel glycosylated proteins, including evolutionarily conserved as well as species-specific sugar modifications in murine and human stem cell pluripotency factors. Many of the glycosylated proteins they uncovered localize to the plasma membrane and are implicated in cell-to-cell signaling, cell interactions, as well as embryonic development.

Ricin is a highly poisonous plant toxin and bioweapon. The smuggling of ricin raises concerns that it could be utilized by terrorists and terrorist organizations. Several US politicians—including former President Barack Obama—received letters containing trace amounts of the poison. There are currently no antidotes for ricin exposure—so various groups, from pharmaceutical companies to the military, are interested in identifying therapies to treat or prevent ricin toxicity. Penninger’s group had just previously discovered that mutant cells defective for fucosylation, a type of glycosylation that adds fucose sugars, were resistant to ricin. However, the fucosylated targets supporting ricin toxicity were unknown.

Using SugarQb, the first authors Jasmin Taubenschmid, PhD student at IMBA, and proteome-researcher Johannes Stadlmann, could now obtain the glycoproteomes of these ricin-resistant cells: the glycoproteins that were altered in the mutant cells might play a role in their resistance. Indeed, the team discovered six new players that orchestrate ricin toxicity. Loss of any one of these proteins rendered human cells ricin resistant, just like the cells defective for fucosylation. Their findings suggest that fucosylation of these new players is required for ricin sensitivity and provide many new therapeutic targets for drug discovery.

SugarQb is freely available to all scientists. “We hope that our platform will allow research teams all over the world to map this uncharted territory by identifying the sugar structures and their positions on the corresponding proteins,” says Johannes Stadlmann. “Glycosylation plays a fundamental role in many diseases, including cancer—SugarQb will allow scientists to uncover new mechanisms in biology and treatment strategies for disease. It could also be used by clinicians to define aberrant glycoproteomic signatures as biomarkers of disease and to track responses to therapy,” adds Josef Penninger, last author and scientific director of IMBA.