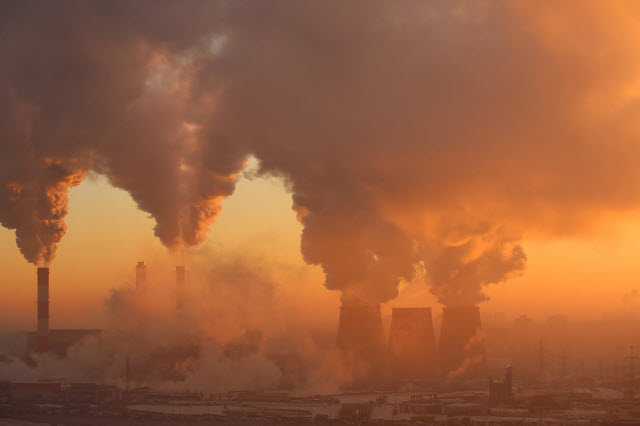 GALVESTON – Last December, officials representing more than 190 countries met in Paris to participate in the United Nations Climate Change Conference. The historic outcome from that conference was the “Paris Agreement” in which each country agreed to reduce greenhouse gas emissions in order to limit global warming to less than 2 degrees Celsius (3.6 degrees Fahrenheit) above temperatures seen near the start of the Industrial Revolution in the 1850s. Such a level was considered acceptable, or “safe,” by all participating countries, but the goal is unrealistic and almost impossible to achieve, according to a new study by two Texas A&M University at Galveston researchers.

Glenn Jones (professor of marine sciences) and Kevin Warner (PhD candidate in marine biology), have had their paper published in the international journal Energy Policy.

The Texas A&M researchers modelled the projected growth in global population and per capita energy consumption, as well as the size of known reserves of oil, coal, and natural gas, and greenhouse gas emissions to determine just how difficult it will be to achieve the less-than-2 degree Celsius warming goal.

“It would require rates of change in our energy infrastructure and energy mix that have never happened in world history and that are extremely unlikely to be achieved,” explains Jones.

The Paris Agreement’s overall goal is to replace fossil fuels, which emit huge amounts of carbon dioxide into the atmosphere which in turn leads to higher temperatures, with renewable energy sources such as solar and wind power and biofuels.

“Just considering wind power, we found that it would take an annual installation of 485,000 5-megawatt wind turbines by 2028. The equivalent of about 13,000 were installed in 2015. That’s a 37-fold increase in the annual installation rate in only 13 years to achieve just the wind power goal,” adds Jones.

Similar expansion rates are needed for other renewable energy sources.

Recent statistics show that the month of February 2016 was the warmest February ever, while 2015 was also the warmest year since records have been kept.

Jones and Warner point out that every hour of every day:

“So the question becomes, how will they be fed and housed and what will be their energy source? Currently 1.2 billion people in the world do not have access to electricity, and there are plans to try to get them on the grid. The numbers you start dealing with become so large that they are difficult to comprehend.

“To even come close to achieving the goals of the Paris Agreement, 50 percent of our energy will need to come from renewable sources by 2028, and today it is only 9 percent, including hydropower. For a world that wants to fight climate change, the numbers just don’t add up to do it.

“If we don’t worry about global warming and the 2-degree Celsius goal, we can continue to burn known fossil fuel reserves, but even here we will have to achieve more than 50 percent renewable energy by 2054, but warming will exceed 2.5 to 3 degrees Celsius.

“A person living today uses about four times as much energy as a person did in the early 1900s,” Jones notes.

“By 2100, that figure goes up to five times. And 87 to 94 percent of all energy used will be from renewable sources regardless of whether we achieve and maintain the goals of the Paris Agreement.”

The authors note history shows that rarely—if ever—have government officials gotten together to agree on making such large-scale changes happen in such a short timeframe.

“Our study does not present an either-or situation, rather the world will require a significant shift to renewable energy sources whether we care about global warming or whether we are more concerned with providing society’s energy needs,” Jones says.

“Hopefully, our work will serve as a wake-up call.”