The key to fighting autism might lie not in the mind, but in the gut.

A team led by Arizona State University researchers is taking a novel approach in the search for effective autism treatments by focusing on improving the gut microbiome through fecal microbial transplants.

Early results are promising, but additional testing is required before an FDA-approved therapy would be available or recommended to the public.

The team—including collaborators from Northern Arizona University, Ohio State University and the University of Minnesota—completed a study involving 18 participants with autism spectrum disorders who ranged in age from seven to 16 years old. The results were recently published in the journal Microbiome.

Related Article: Could a New Class of Fungicides Play a Role in Autism, Neurodegenerative Diseases?

Participants underwent a ten-week treatment program involving antibiotics, a bowel cleanse, and daily fecal microbial transplants over eight weeks. Past ASU research has shown ties between autism symptoms and the composition and diversity of a person’s gut microbes.

“The results are very compelling,” said James Adams, ASU President’s Professor of materials science and engineering and one of the team leaders. “We completed a Phase 1 trial demonstrating safety and efficacy, but recommending such treatment and bringing it to market requires Phase 2 and Phase 3 trials.

“We look forward to continuing research on this treatment method with a larger, placebo-controlled trial in the future.” 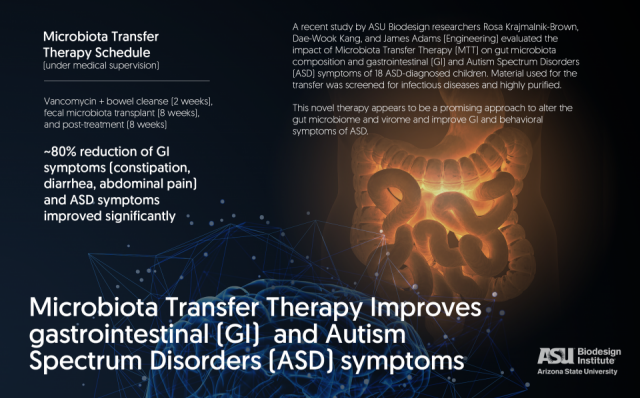 How it works and what’s next

Fecal microbial transplants involve the transfer of live gut bacteria from a healthy donor to a recipient. The donor materials contain around 1,000 different species of gut bacteria that act like a broad-spectrum probiotic treatment to restore normal gut bacteria in recipients.

The microbes added through the treatment program remained after treatment stopped.

“That is compelling, because not only did we provide good microbes, but the microbes we provided changed the gut environment in a way that helped the host recruit beneficial microbes and allowed them to stay around,” Krajmalnik-Brown said.

A placebo-controlled trial will help the team evaluate the effectiveness of the treatment.

The researchers caution families from attempting to replicate the treatment on their own.

“Although we see promise in this treatment, it is important that parents and children consult their physicians,” Krajmalnik-Brown said. “Improper techniques can result in severe gastrointestinal infection.” 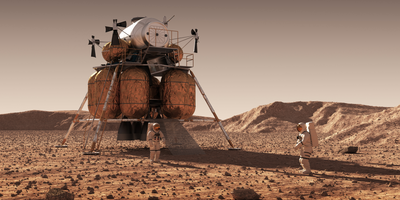 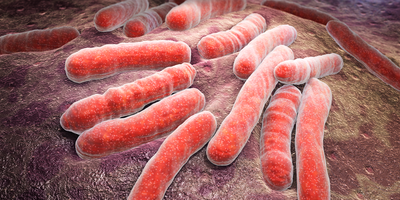 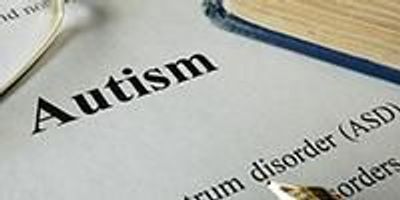 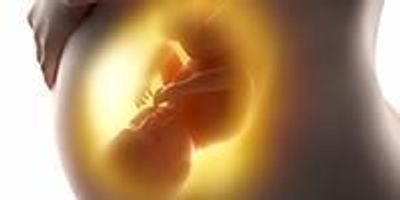 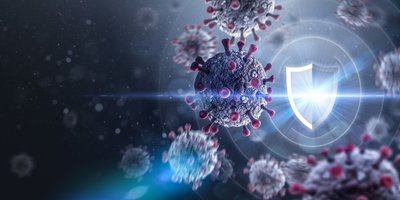