Half of the world's population is exposed to increasing air pollution, new research has shown.

A team of researchers, led by Professor Gavin Shaddick at the University of Exeter, has shown that, despite global efforts to improve air quality, vast swaths of the world's population are experiencing increased levels of air pollution.

The study, carried out with the World Health Organization, suggests that air pollution constitutes a major, and in many areas increasing, threat to public health.

The research was published in the journal Climate and Atmospheric Science on June 17.

"While long-term policies to reduce air pollution have been shown to be effective in many regions, notably in Europe and the United States, there are still regions that have dangerously high levels of air pollution, some as much as five times greater than World Health Organization guidelines, and in some countries air pollution is still increasing," said Shaddick, chair of data science and statistics at the University of Exeter.

The World Health Organization has estimated that more than four million deaths annually can be attributed to outdoor air pollution.

Major sources of fine particulate matter air pollution include the inefficient use of energy by households, industry, the agriculture and transport sectors, and coal-fired power plants. In some regions, sand and desert dust, waste burning, and deforestation are additional sources of air pollution. 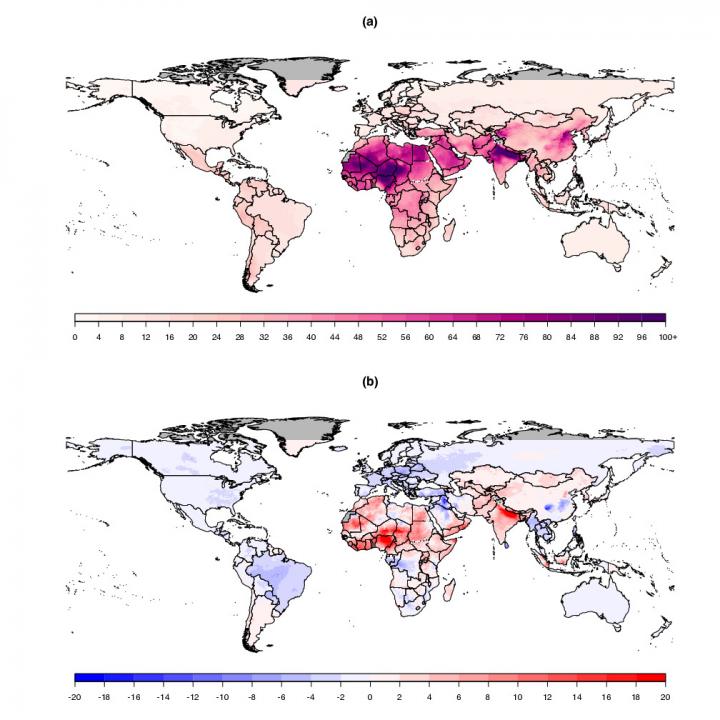 For the study, the research team examined trends in global air quality between 2010 and 2016, against a backdrop of global efforts to reduce air pollution, both through short and long term policies.

This methodology constitutes a major advance in the ability to track progress towards the air quality-related indicators of United Nation's Sustainable Development Goals, and to expand the evidence base of the impacts of air pollution on health.

"Although precise quantification of the outcomes of specific policies is difficult, coupling the evidence for effective interventions with global, regional, and local trends in air pollution can provide essential information for the evidence base that is key in informing and monitoring future policies," Shaddick added.