The research is published in the journal Environmental Research Letters.

Rising global temperatures are increasing exposure to heat stress, which harms human health, agriculture, the economy and the environment. Most climate studies on projected heat stress have focused on heat extremes but not considered the role of humidity, another key driver.

"When we look at the risks of a warmer planet, we need to pay particular attention to combined extremes of heat and humidity, which are especially dangerous to human health," said senior author Robert E. Kopp, director of the Rutgers Institute of Earth, Ocean, and Atmospheric Sciences and a professor in the Department of Earth and Planetary Sciences in the School of Arts and Sciences at Rutgers University-New Brunswick.

"Every bit of global warming makes hot, humid days more frequent and intense. In New York City, for example, the hottest, most humid day in a typical year already occurs about 11 times more frequently than it would have in the 19th century," said lead author Dawei Li, a former Rutgers post-doctoral associate now at the University of Massachusetts. 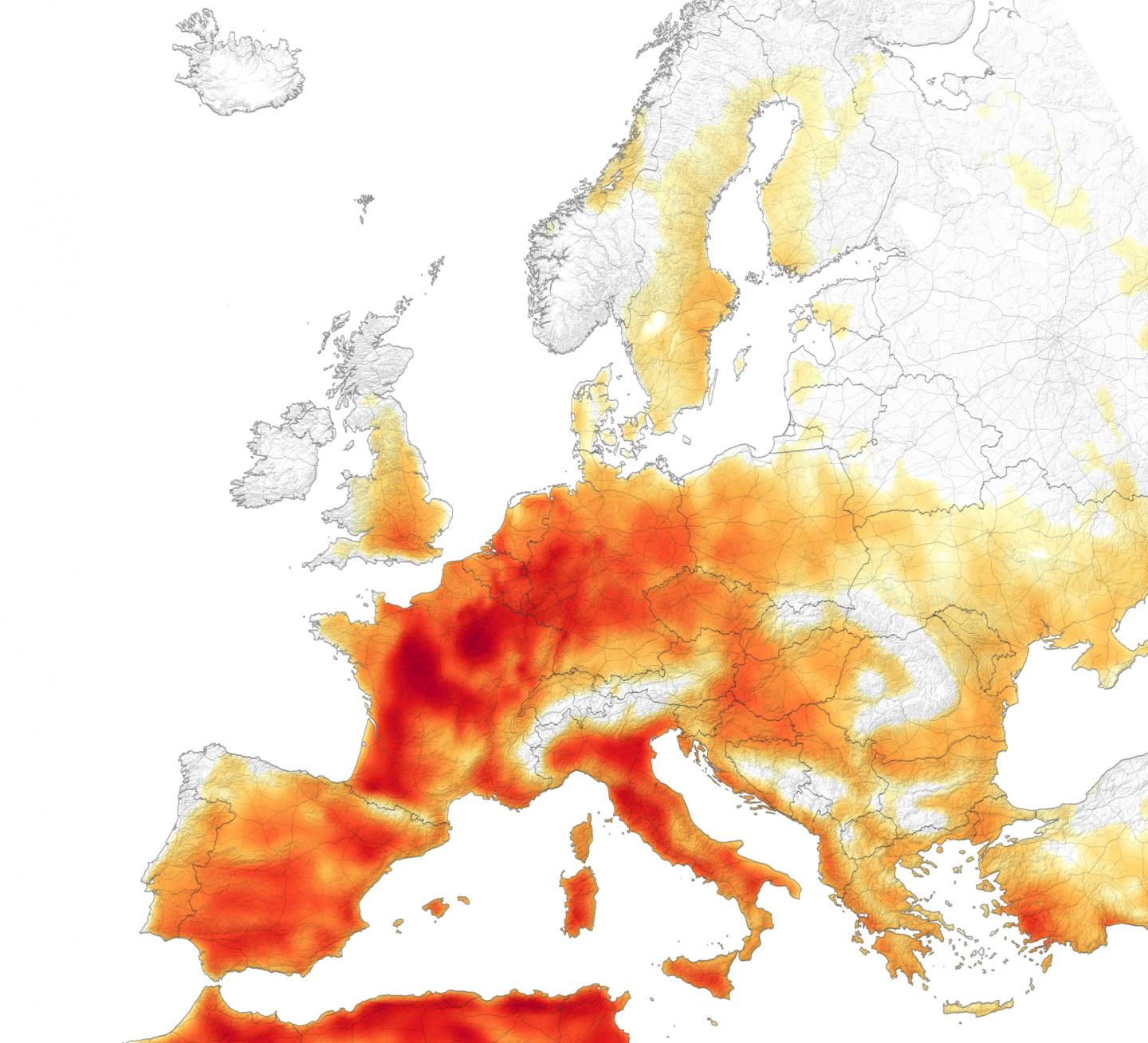 A scorching heat wave led to temperature records in at least seven countries in Europe on July 25, 2019.
NASA Earth Observatory

Heat stress is caused by the body's inability to cool down properly through sweating. Body temperature can rise rapidly, and high temperatures may damage the brain and other vital organs. Heat stress ranges from milder conditions like heat rash and heat cramps to heat exhaustion, the most common type. Heat stroke, the most serious heat-related illness, can kill or cause permanent disability without emergency treatment, according to the US Centers for Disease Control and Prevention.

The study looked at how combined extremes of heat and humidity increase on a warming Earth, using 40 climate simulations to get statistics on rare events. The study focused on a measure of heat stress that accounts for temperature, humidity and other environmental factors, including wind speed, sun angle, and solar and infrared radiation.

An estimated 1.2 billion people would be affected with 3 degrees Celsius (5.4 degrees Fahrenheit) of warming, as expected by the end of this century under current global policies.