Altruists in the workplace are more likely to help fellow employees, be more committed to their work and be less likely to quit, new research by the University of Wisconsin-Madison's La Follette School of Public Affairs shows. And these workplace altruists enjoy a pretty important benefit themselves — they are happier than their fellow employees.

"More and more research illustrates the power of altruism," says La Follette professor Donald Moynihan, "but people debate whether we behave altruistically because of hidden self-interest, such as the desire to improve how others see us.

"Our findings make a simple but profound point about altruism: helping others makes us happier. Altruism is not a form of martyrdom, but operates for many as part of a healthy psychological reward system," Moynihan says. 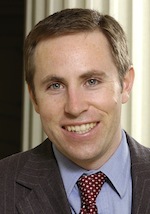 Donald Moynihan.
Photo Courtesy of the University of Wisconsin-Madison

Previous research suggests that volunteering makes people happier, but this new study by Moynihan and Kohei Enami of the UW and Thomas DeLeire of Georgetown University offers new evidence that shows altruism in the work environment also increases happiness. Their study appears in the American Review of Public Administration.

Funded by the UW-Madison Center for Demography of Health and Aging, the study tests the relationship between altruism in the workplace and happiness in two ways. First, using the Wisconsin Longitudinal Study of more than 10,000 1957 Wisconsin high school graduates, the authors find that individuals in their mid-30s who rated helping others in their work as important said they were happier with their life when surveyed again almost 30 years later.

"It's exciting that in both tests, our measures of altruism had relatively large effects on happiness," Moynihan says. "Being motivated to help and believing your work makes a difference is associated with greater happiness in our analysis."

The new paper adds to the growing research on happiness, Moynihan notes. Consistent with prior research, public sector employees reported a higher desire to help others, but the effect of altruism on happiness was the same for both public and private employees.