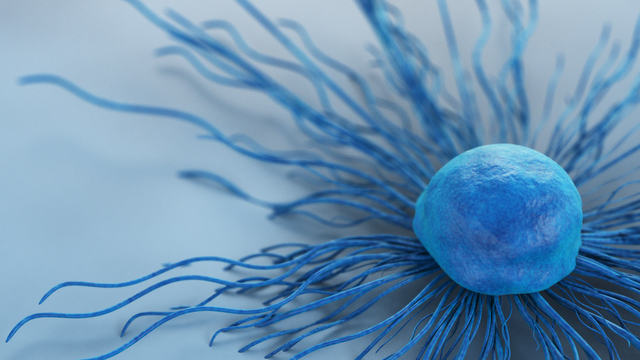 It’s no new news that viruses cause cancer. For example, human papillomavirus (HPV) causes almost all of the more than 500,000 annual worldwide cases of cervical cancer. This makes sense: By driving the proliferation of infected cells, viruses speed manufacture of more viruses, but excessive cellular proliferation is also a hallmark of cancer. Now a University of Colorado Cancer Center review published in the journal Viruses explores another strategy that viruses use to ensure their own survival, also with the unfortunate byproduct of promoting cancer, namely the viral ability to manipulate the human immune system. This new understanding may help to increase the effectiveness of immune-based therapies against cancer.

“Ultimately, the virus is suppressing the immune system for its own benefit, and promoting the formation and proliferation of cancer cells may be just a side effect of that,” says Sharon Kuss-Duerkop, PhD, research instructor working in the lab of CU Cancer Center investigator Dohun Pyeon, PhD.

Interestingly, while viruses certainly have the ability to edit human DNA—most obviously by inserting their own genetic code into DNA so that the new viruses are built alongside DNA replication—the review article explains that viruses do not necessarily turn off the immune system by editing genes. Instead, viruses mute the immune system by epigenetic regulation—instead of changing the actual code of genes, viruses change the degree to which genes are expressed.

They do this by a process called DNA methylation, which, very basically, is a way to silt over parts of the human genome to keep it from being read. In this case, viruses cause methylation of parts of the genome known as DNA promoter regions. Think of these promoter regions like on-off switches for next-door genes—when a promoter region is methylated, the switch is turned off and the gene it controls does not get read and expressed.

“You get lack of access by things that would be driving transcription,” Kuss-Duerkop says. In other words, by methylating DNA promoter regions, viruses can turn off genes. But the virus itself doesn’t do this—it’s not as if viruses creep along a length of DNA spitting out methyl groups onto DNA promoters. Instead, in a Machiavellian twist, viruses recruit human proteins to methylate DNA and thus turn off important other bits of human DNA.

“Viruses encode particular proteins that can in some way modulate DNA methyltransferases,” Kuss-Duerkop says, meaning that viruses can cause our own proteins to over-methylate our own DNA. 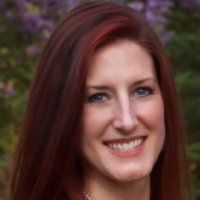 Sharon Kuss-Duerkop, PhDPhoto courtesy of the University of Colorado Cancer CenterOf course, it makes sense that viruses would choose to turn off genes that the immune system needs to fight the virus, “like interferon-b, which is a highly anti-viral gene expressed in virtually all cell types; or genes that T cells need to recognize virus-infected cells,” Kuss-Duerkop says.

And, in fact, these doctors and researchers are finding incredible success with this strategy; for example, PD-1 inhibitors remove this “cloak” that cancers use to hide from the immune system, and CAR-T cell therapies use specially engineered T-cells to seek cancer-specific proteins and destroy the cancer cells to which they are attached.

But challenges to immune-based therapies against cancer remain. Not least among which is the fact that while some patients respond to these therapies, others do not. The answer to increasing the effectiveness of immune therapies, or perhaps at least to choosing which patients are most likely to benefit from immune therapies, may lie in understanding the ways viruses (and cancers themselves) have evolved to evade the immune system.

Maybe if virus-related cancers have methylated DNA promoter regions of immune-related genes, the answer to increasing the effectiveness of immune-based therapies against cancer is to demethylate these genes.

“You don’t want to just turn down methylation globally, which would result in over-activation of all genes in the cell, but demethylating some of these gene promoter regions selectively could revive an immune system muted by cancer-causing viruses,” Kuss-Duerkop says.

“Ultimately viruses are causing these tumors to form and are further manipulating the immune system to allow tumors to keep growing,” Kuss-Duerkop says. “But these same mechanisms may be key in combating tumors with immune-based therapies or in keeping cancer from developing in the first place.”