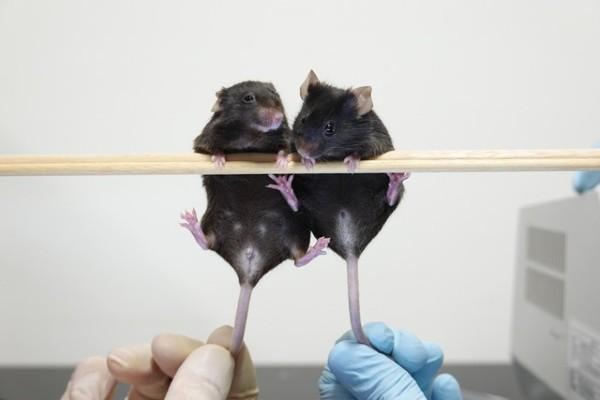 Biology textbooks may need to be re-written, with scientists finding a new piece of DNA essential to forming male sex organs in mice.

An international research collaboration with the University of Queensland found the Y-chromosome gene that makes mice male is made up of two different DNA parts, not one, as scientists had previously assumed.

UQ's Institute of Molecular Biosciences emeritus professor Peter Koopman said the critical DNA fragment had been hidden from researchers for more than 30 years.

"Expression of the Y chromosomal gene Sry is required for male development in mammals and since its discovery in 1990 has been considered a one-piece gene," he said. "Sry turns out to have a cryptic second part, which nobody suspected was there, that is essential for determining the sex of male mice. We have called the two-piece gene Sry-T."

The scientists tested their theory and found that male mice (XY) lacking in Sry-T developed as female, while female mice (XX) carrying a Sry-T transgene developed as male.

The success rate for the experiments was almost 100 percent.

Koopman said the discovery would change how basic biology and evolution was taught around the world.

"For the last 30 years, we've been trying to figure out how this works," he said. "Sry is a master switch gene because it flicks the switch for male development, it gets the ball rolling for a whole series of genetic events that result in a baby being born as a male instead of female.

This new piece of the gene is absolutely essential for its function; without that piece, the gene simply doesn't work. We've discovered something massively important in biology here, because without Sry there can be no sexual reproduction and hence no propagation and survival of mammalian species."

The discovery may apply to efforts to manipulate sex ratios in agriculture or for biological pest management. But Koopman was quick to point out that, for ethical and practical reasons, the discovery cannot be utilized on human embryos.

"Once we understand better how males and females are specified in non-human species of mammals, then it offers the opportunity to influence that process," he said. "The ability to select for the desired sex could dramatically increase efficiencies for agricultural industries such as the dairy industry (females) or the beef industry (males).

People have been trying to figure out ways to skew to the desired sex in these industries for a long time, and now that we understand more about the fundamental mechanism of Sry it may be possible through genetic means."