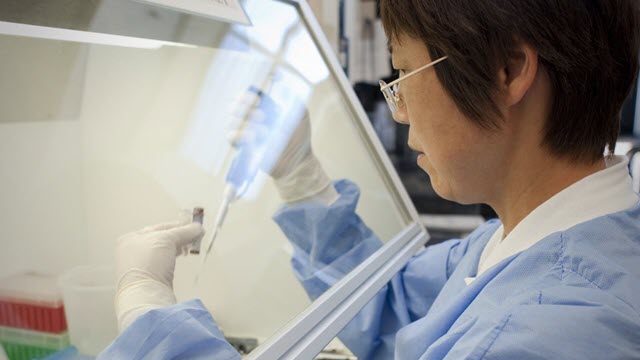 Since the first cases of AIDS were reported in the United States 37 years ago, the National Institutes of Health has invested more than $69 billion in the understanding, treatment, and prevention of HIV/AIDS. Beyond the development of life-saving medications and innovative prevention modalities, such research has led to numerous advances outside the HIV field, according to a new commentary from experts at NIH's National Institute of Allergy and Infectious Diseases (NIAID).

Writing in the Journal of Infectious Diseases, NIAID Director Anthony S. Fauci, MD, and his colleague Tara A. Schwetz, PhD, note that researchers have gleaned critical insights from the devastation HIV can unleash on the immune system. Scientists now better understand the vital role of CD4+ T cells—immune cells that HIV selectively infects and destroys—in thwarting other infectious diseases and certain cancers. Studying the course of HIV infection has furthered understanding of persistent immune activation and inflammation that can appear in other diseases. For example, researchers observed that inflammation led to a heightened risk of heart disease in people living with HIV, prompting further inquiry into the role of inflammation in heart disease regardless of a person's HIV status. HIV research also has provided insight into other HIV-associated comorbidities, including kidney disease, cancer, and tuberculosis.

Research focused on HIV treatments and vaccines also has reaped wide-ranging benefits. Efforts to develop antiretroviral therapy for HIV provided a model for targeted drug development that has been applied to the discovery of other antiviral drugs, such as direct-acting antivirals that can cure hepatitis C virus infection. Techniques developed for the discovery of broadly neutralizing antibodies and candidate vaccines inducing these antibodies against HIV are being explored to combat other viral diseases such as Ebola, Zika, and influenza. In addition, studies focused on the molecular structure of HIV have ushered in an era of structure-based vaccine design.

These and other examples, the experts conclude, indicate that HIV/AIDS research has had and continues to have a far-reaching impact well beyond this single pathogen.