HORIBA Scientific has been the sole sponsor of this award since 1997. Along with the recognition, HORIBA presented a $1,000 check to Hendrix, who presented a 20-minute talk on his research at the Biological Fluorescence Subgroup Meeting during the Biophysical Society Annual Meeting. His presentation was titled "Raster Image Correlation Spectroscopy.”

He received his PhD in biochemistry from KU Leuven in Belgium. His thesis title was “Confocal spectroscopy in living cells – Chromatin and protein interactions of HIV-1 integrase co-factor LEDGF/p75.”  He completed postdocs under the supervision of Johan Hofkens at KU Leuven and Don C. Lamb at LMU Munich to specialize in single-molecule and time-resolved fluorescence, funded by the Research Foundation Flanders (FWO).

The Young Fluorescence Investigator Award is presented to a researcher who has been nominated by their peers for significant advancements and/or contributions in or using fluorescence methodologies. The candidate must be a PhD, and a pre-tenured faculty member or a junior level investigator working in the field of fluorescence.

“HORIBA is very proud to sponsor this prestigious award again this year, and Dr. Hendrix is an excellent choice as this year’s recipient,” said Cary Davies, director of the fluorescence group at HORIBA Scientific. Hendrix is the 25th researcher to win the Young Investigator Award since 1997. 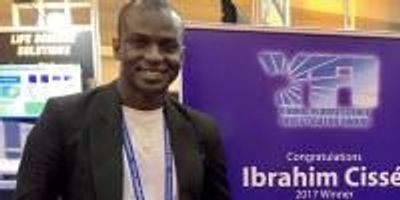